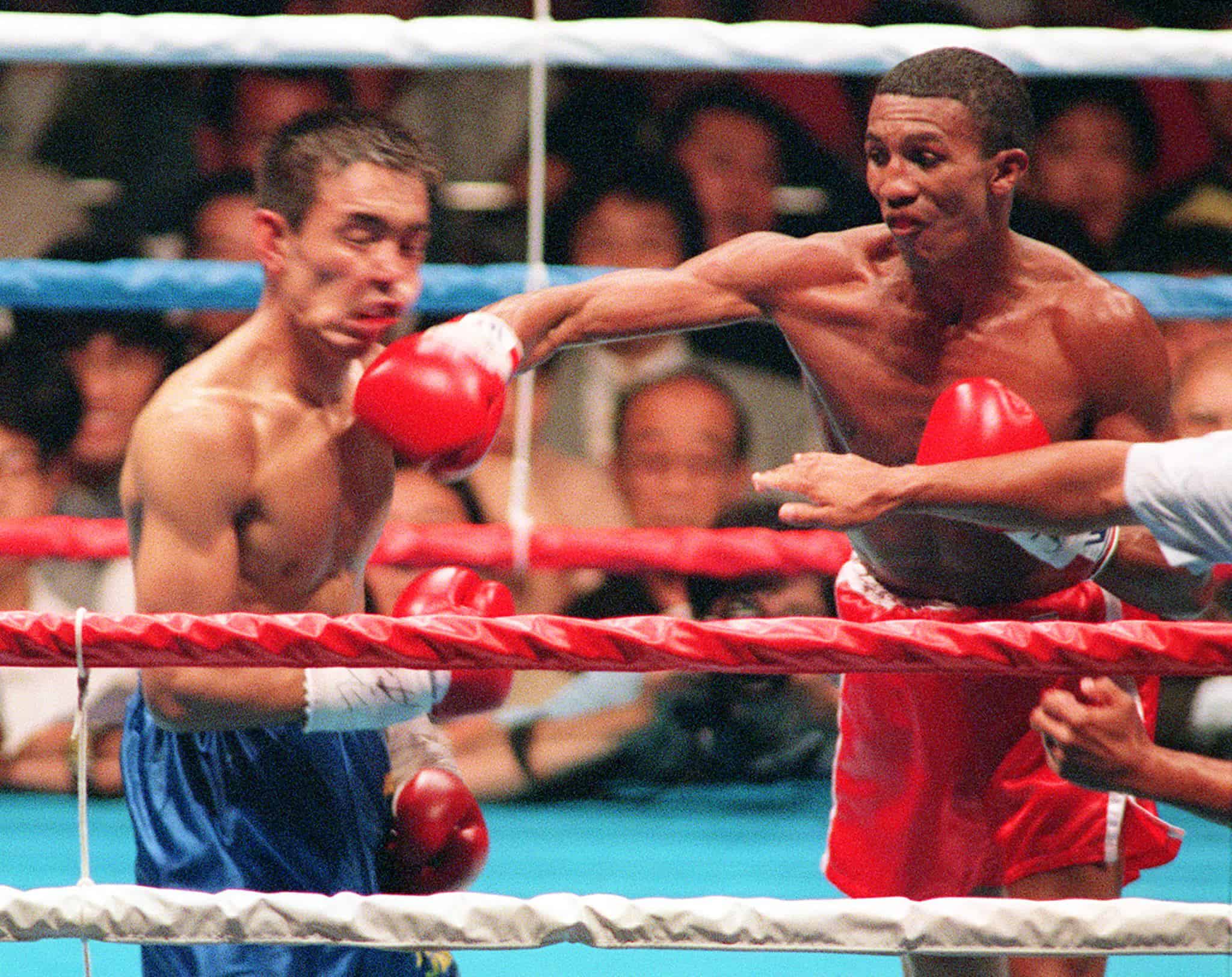 Antonio Cermeño, right, of Venezuela slams a right to the head of Japan's Yuichi Kasai during the World Boxing Association junior featherweight title match in Yokohama on July 26, 1997. Cermeño was kidnapped and killed in Venezuela. (AFP)

Cermeño was a World Boxing Association super bantamweight and featherweight champion in the late 1980s and ’90s.

Cermeño, 44, was kidnapped along with his family Monday in eastern Caracas and his body was found Tuesday along a highway in the northern state of Miranda.

Cermeño had been working as a trainer and took part in government programs to disarm the population in this country with rampant violent crime and promote sports as a way to keep young people away from street life.

Authorities did not say what the motive of the kidnapping might have been nor clarify what happened to the family members abducted along with him.

Civic organizations estimate an average of 65 people are killed violently each day in Venezuela, making it one of the most violent countries in Latin America.