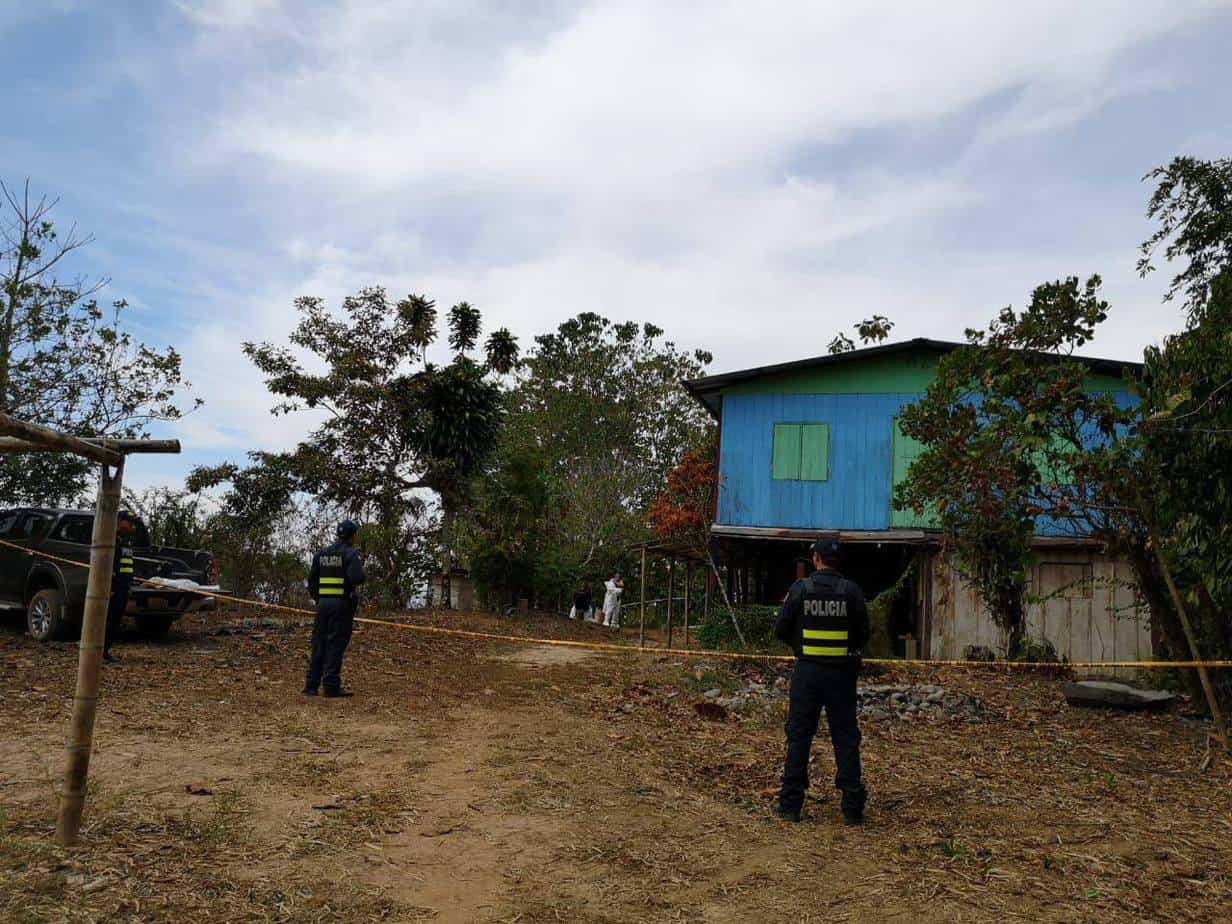 MSP officers in March 2019 maintaining a presence at the location of Sergio Rojas's murder. (Via Casa Presidencial. )

Sergio Rojas, a leader of the indigenous Bribrí community in Costa Rica, was murdered Monday night, the government confirmed.

Rojas was shot to death in an apparent assassination at his home in the indigenous territory of Salitre, in the Buenos Aires canton of Puntarenas. An investigation into the murder has been initiated, led by the country’s Judicial Investigation Police (OIJ) with collaboration with National Police.

“The government of Costa Rica condemns and repudiates in all extremes this violent act against the life of the indigenous leader,” President Carlos Alvarado said in a Tuesday morning press conference. “This is a tragic day for the Bribrí people, the indigenous communities and for all of Costa Rica.”

Alvarado said he has asked the Public Security Ministry (MSP) to provide all necessary support to OIJ to aid the investigation. He also ordered reinforced security for Bribrí communities and called for peaceful dialogue as a means to resolve conflicts.

Costa Rica has for years struggled to protect indigenous communities from violence by non-indigenous people. The conflict stems in part from a 1977 law that gave the Bribrí and the Teribe rights to 11,700 hectares of land but did not allocate funds to compensate non-indigenous farmers who already occupied the land.

As The Tico Times has reported, indigenous communities have repeatedly complained to the Costa Rican government about inadequate protection from attacks. In 2012, Rojas was shot at six times in an apparent assassination attempt near the reserve.

This is a developing story. Check TicoTimes.net for further updates.