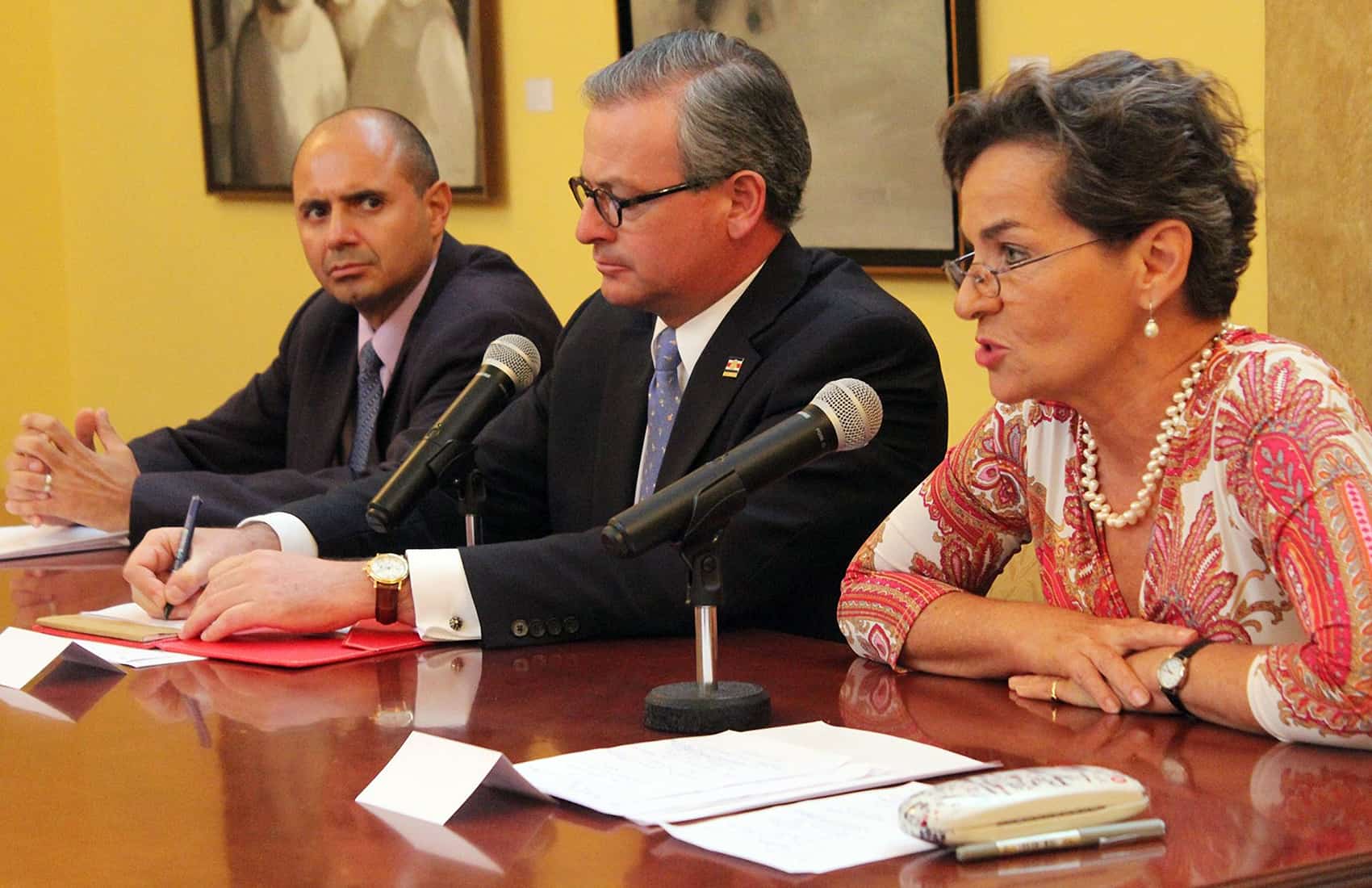 Christiana Figueres on Sept. 12 explains why she decided to withdraw her candidacy for the General Secretariat of the UN. Foreign Minister Manuel González (center) and Vice Minister Alejandro Solano join her at the news conference in San José. ((Via Foreign Ministry))

Costa Rican diplomat Christiana Figueres Olsen said Monday that she was dropping her bid to succeed Ban Ki-moon as the United Nations Secretary-General due to the lack of support at the U.N. Security Council.

At a news conference held at Costa Rica’s Foreign Ministry in downtown San José, Figueres said she withdrew her candidacy, with respect and gratitude for all the support received, in order to expedite the process.

“Faced with the results of surveys of the Security Council, I have decided to withdraw my candidacy for the General Secretariat of the U.N.,” she said.

Figueres thanked President Luis Guillermo Solís and Foreign Minister Manuel González for their support and efforts to promote her candidacy.

Last month President Solís promoted her candidacy in the U.S. during an official trip to the White House. He was also planning to promote Figueres’ bid during the 70th U.N. General Assembly in New York next week.

The former head of the U.N. Climate Change Secretariat led 195 countries to agree in December to an historic pact to slow global warming.

She left her post in July to run for U.N. Secretary-General but didn’t garner enough support to continue in the race.

Still, Figueres said her candidacy had strengthened the country’s image and shown that it can compete for “the highest levels of international and multilateral diplomacy.”

Figueres said her participation was a triumph for the country and for women. The U.N. has never had a female leader in its 70 years.

Minister González said Costa Rica has pressed for a woman to lead the world body and will continue to work toward that goal.