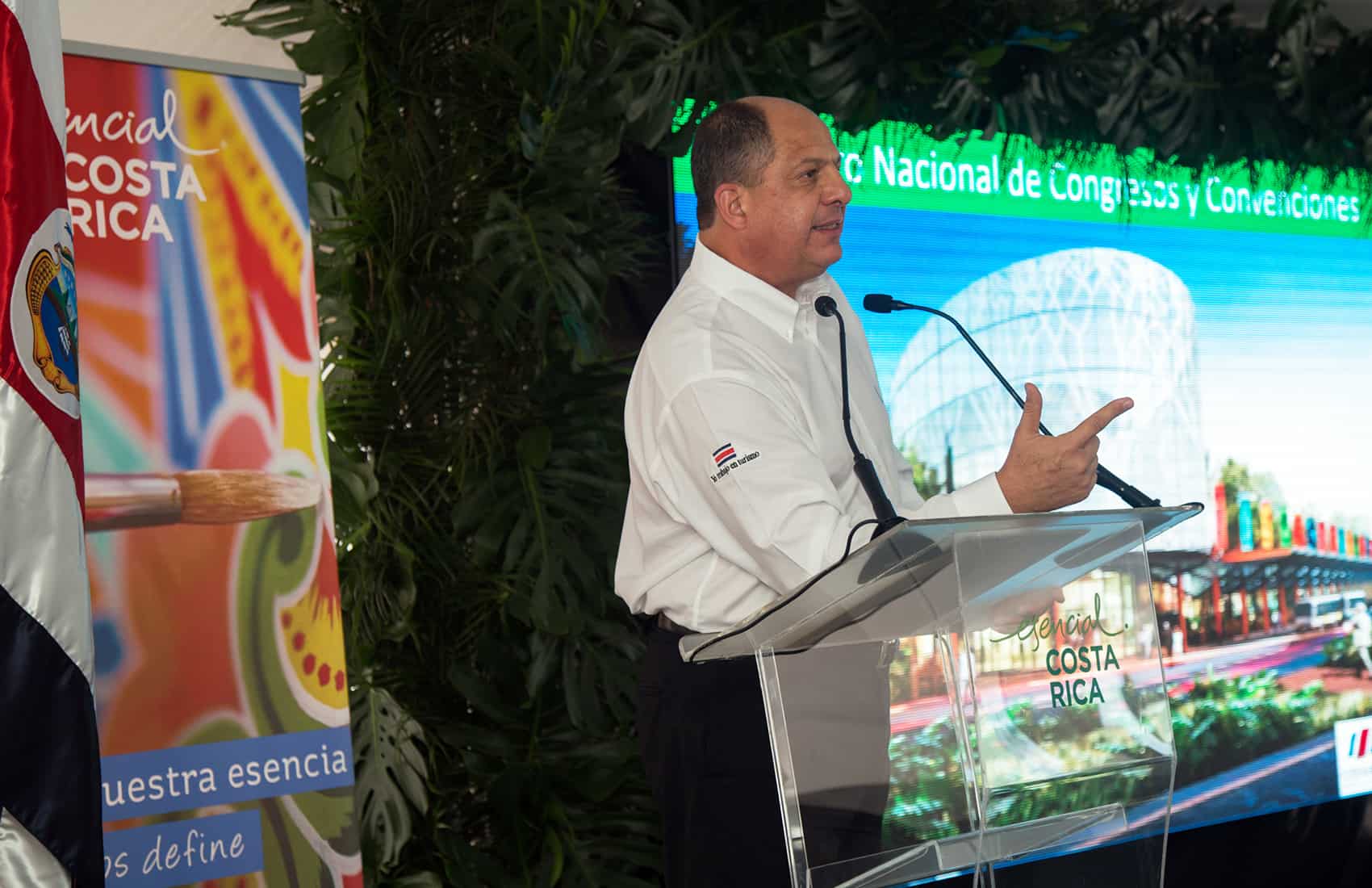 During the announcement President Luis Guillermo Solís signed a directive ordering all public agencies to promote the future convention center for their official events. ((Courtesy of ICT))

President Luis Guillermo Solís and Tourism Minister Mauricio Ventura pledged Thursday to build a major convention center in Costa Rica before the end of the president’s term in May 2018. The project is the cornerstone of a strategy to promote the country as an ideal location for meetings, conferences and conventions.

Also on Thursday, the government published on the official online platform Mer-link the bidding requirements for companies interested in building the $35 million project.

According to plans, the main building will have a capacity for 4,600 people and will be built on a 10-hectare property in Heredia province located 10 kilometers from downtown San José, and 8 kilometers from Juan Santamaría International Airport.

Tourism Minister Ventura noted that seven private contractors are prequalified for the bid, four of them local and three international. They all have 45 days to submit their bids, after which the government has 90 days to announce the winner, as long as no companies file appeals.

“We want to break ground before the next rainy season,” Ventura said.

The minister said convention tourism would be a boost for the country’s tourism industry, and that the government is committed to making Costa Rica a great destination for that specialized market.

During the announcement President Solís signed a directive ordering all public agencies to promote the future convention center as the location for their official events. He also signed an agreement with the Public Services Company of Heredia to provide public utilities and other services for the complex.

The government’s convention tourism strategy also includes promoting the future center abroad. So far this year officials from the Costa Rican Tourism Board presented the project at specialized tourism fairs in Germany, Spain and the U.S., Ventura said.

According to the International Congress and Convention Association, 120,000 conventions and congresses take place each year around the world, attracting 120 million people. Globally, the convention tourism sector generates $11 billion annually, according to the group. The Costa Rican Tourism Board released this render of how the National Congress and Conventions Center would look like. (Courtesy of ICT)