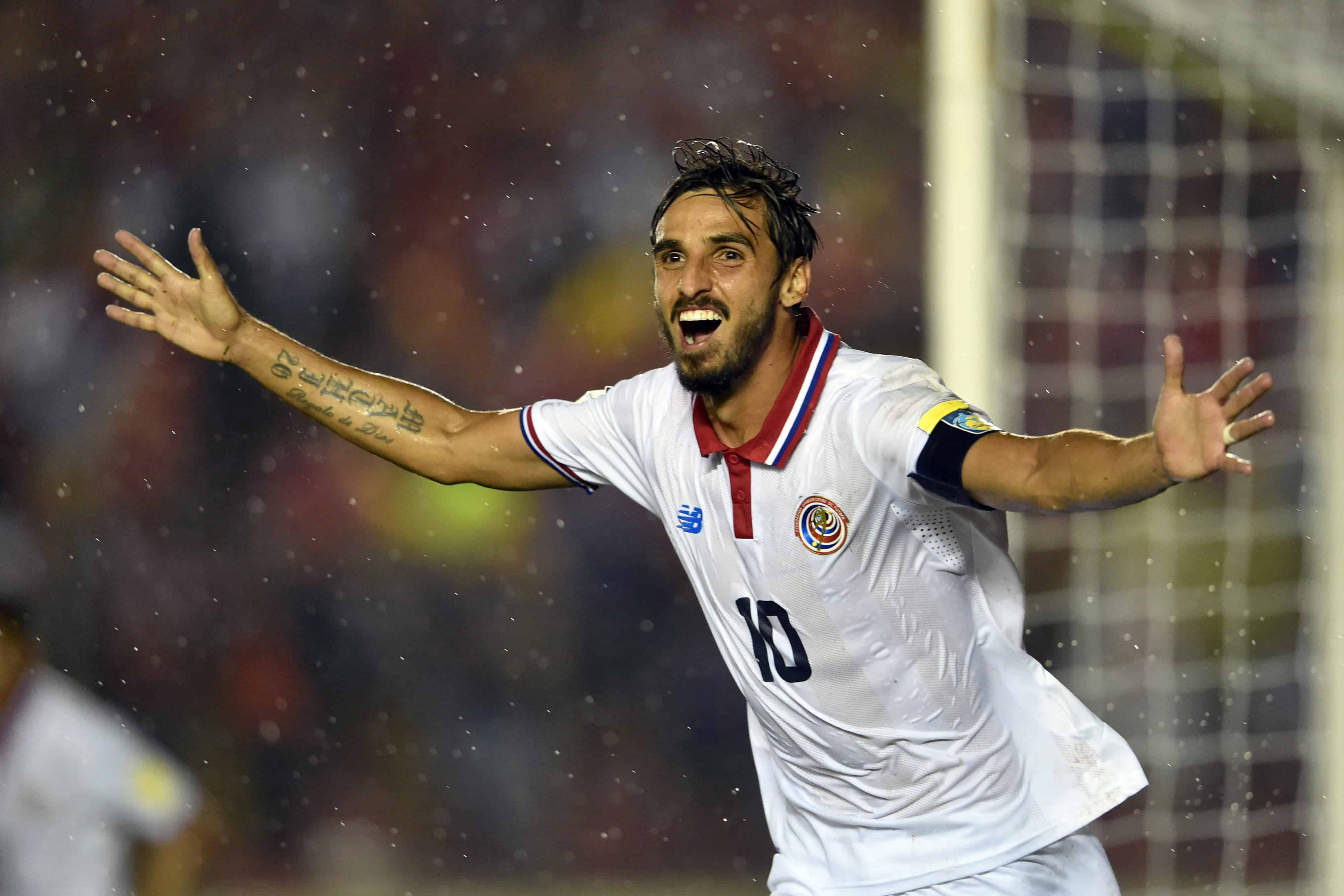 Splashes of water sprang up like waves from the soaked field as the group of white-shirted players slid to one corner in celebration. When La Sele’s players rushed over to embrace Bryan Ruíz after his 65th minute goal gave Costa Rica a 1-0 lead over rival Panama in the World Cup qualifying game, it seemed like all they would need to escape Panama City with a win.

But then, after the splashes crashed back to the field — and the rain continued to pour — a strange chaos followed.

Three minutes after Ruíz’s initial goal, striker Marco Ureña broke away from Panama’s defense and sent a strike into the back of the net to put a battered Costa Rica up 2-0 in the all-important race for first place in Group B of the fourth round of CONCACAF World Cup qualifying.

A team missing more than half of its regular starters suddenly held a comfortable lead on the road. But the Ticos were given almost no time to plan their postgame celebration as Panama responded in the 71st minute with a goal of its own. Less than two minutes later, Panama marched right back to Costa Rica’s goal and shot a clear strike toward the middle of the posts, but veteran goalkeeper Patrick Pemberton dived to make the critical save for his national team.

Upon the deflection, both teams scrambled to regain possession of the slippery ball that was nearly stuck back into the goal by Panama before Costa Rican defender Kendall Waston finally cleared it.

The climactic six or seven minutes of the second half were a complete reversal of a first half in which both teams looked frustrated and unable to string together any long series of possessions. After all, it’s not the easiest thing to establish footing and make concise passes on a field that’s essentially a grassy Slip’N Slide.

Panama kept Costa Rica’s defense on its heels until the final minutes, as Pemberton came out of the box on two more plays to deter a couple of near goals.

The surprising win for La Sele, which is without some very key players like goalie Keylor Navas and midfielder Celso Borges, gives it the sole lead of group play with six points over Panama, Jamaica, and Haiti.

“It’s a unique aspect of our team that everybody is able to step up and fill in,” coach Óscar Ramírez said after the game. “But the work they’ve put in and their confidence has made it so they all feel like starters.”

After Thursday’s slow-developing 1-0 win against Haiti in the opener of World Cup qualifying play, Ramírez said that football doesn’t always have to be pretty for a team to win. By escaping Panama with a 2-1 win, Ramírez’s team turned an ugly game on a canvas of rain and mud into its own beautiful masterpiece.

“If the game was played on a dry field, it could have been a lot prettier and allowed us more room for strategy,” he said.

Most of the game was an aggressive and chippy battle characterized by a rash of penalties, including seven yellow cards. In the first half, officials had to take the captains from both teams – Ruíz and Panama’s Felipe Baloy – and warn them to corral their teams before more penalties were doled out.

Panama’s Blas Pérez levied an apparent cheap shot on Waston when he threw himself into the defender’s back in the second half. What could have been a red card was instead a yellow. In another notable sequence, 22-year-old defender Ronald Matarrita, who was again brilliant and proved he’s earned a consistent starting role on La Sele for years to come, dove for a tackle and was shoved by Panama’s Valentín Pimentel when he stood back up. When a swarm of Pimentel’s teammates surrounded Matarrita, Panama’s own coach, Hernán Gómez, had to shield Matarrita away from his players on the sideline.

La Sele will not resume World Cup qualifying play until March, when it plays the third member of its bracket, Jamaica, at home in San José.