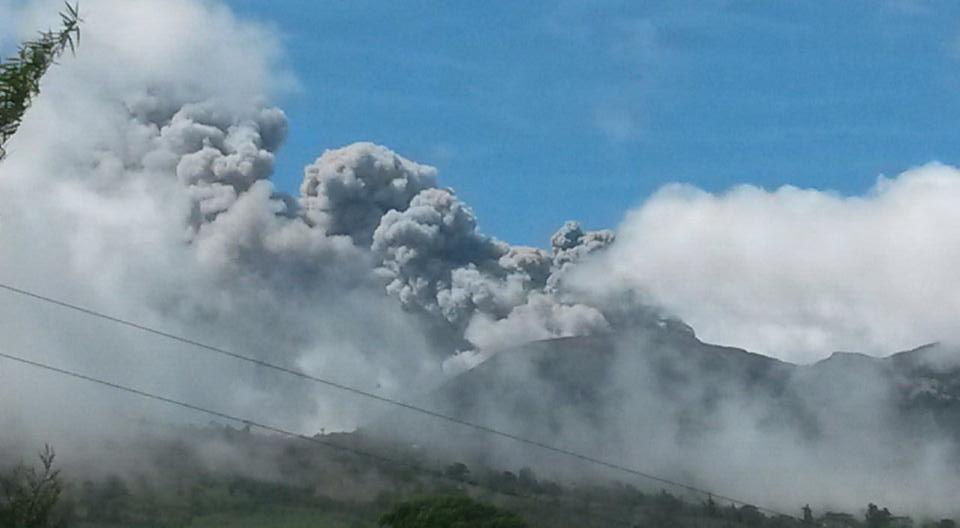 UPDATED at 5 p.m. with information on affected flights:

Three flights are in the air and unable to land: 2 Copa flights and 1 FedEx cargo flight.

A list of the airport’s upcoming flight departures and their status can be found on its website.

An airport spokeswoman said conditions had improved as of 5 p.m. but the airport remained indefinitely closed. Inspectors at the airport are assessing the safety of the runway.

The Public Security Ministry’s Air Surveillance Service says ash poses a risk to planes because of obscured visibility and because it can interfere with the plane’s jets or propellers.

Turrialba Volcano erupted three times Thursday morning and early afternoon, sending volcanic ash more than a kilometer into the air. Winds carried the ash 67 kilometers from the crater to the capital, where it dusted cars and homes. The ash restricted visibility and irritated eyes in San José.

Rocío Pérez tweeted The Tico Times a picture of the sky from Heredia, saying that it was “raining ash.”

Learn more about recent volcanic eruptions with this timeline: