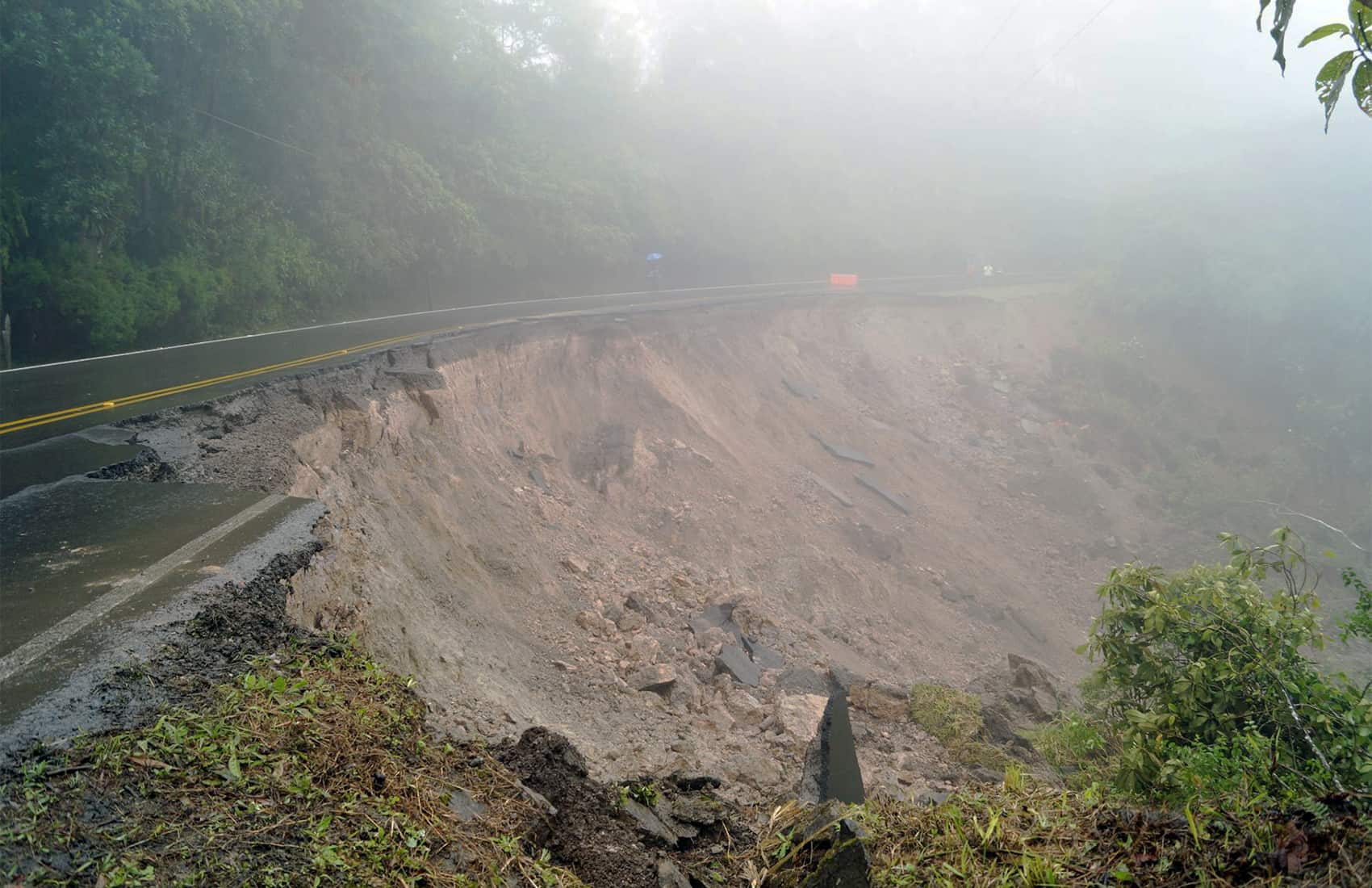 Rainy and foggy conditions have occurred in recent days in the Cerro de la Muerte stretch of the Inter-American Highway, where a 105-meter section of earth collapsed on Wednesday, Jan. 29. ((Courtesy of MOPT))

A 105-meter landslide at a depth of 20 meters in the early hours of Thursday has closed the Inter-American Highway South (Route 2) at kilometer 33, in an area known as Cerro de la Muerte.

Public Works and Transport Ministry (MOPT) officials have reported that the outside lane of the road has collapsed due to water saturation from constant rains in the area, the ministry’s director of emergency situations, David Meléndez, said.

“Earlier this morning a motorcycle and a car drove into the landslide, but the motorists were unharmed,” MOPT reported in a press release Thursday morning.

MOPT officials tweeted that it could take up to a month to reopen the route:

“These routes allow passage through El Empalme, following the communities of Corralillo, Quebradilla, Santa Elena, Frailes and La Lucha. Motorists coming from the other direction should travel via Route 209 by Río Conejo and follow exits at Aserrí or Desamparados, south of San José. Heavy trucks must use the Costanera Highway through Palmar Norte,” the police report stated.