Six years later, what impact has CAFTA had on Costa Rica? 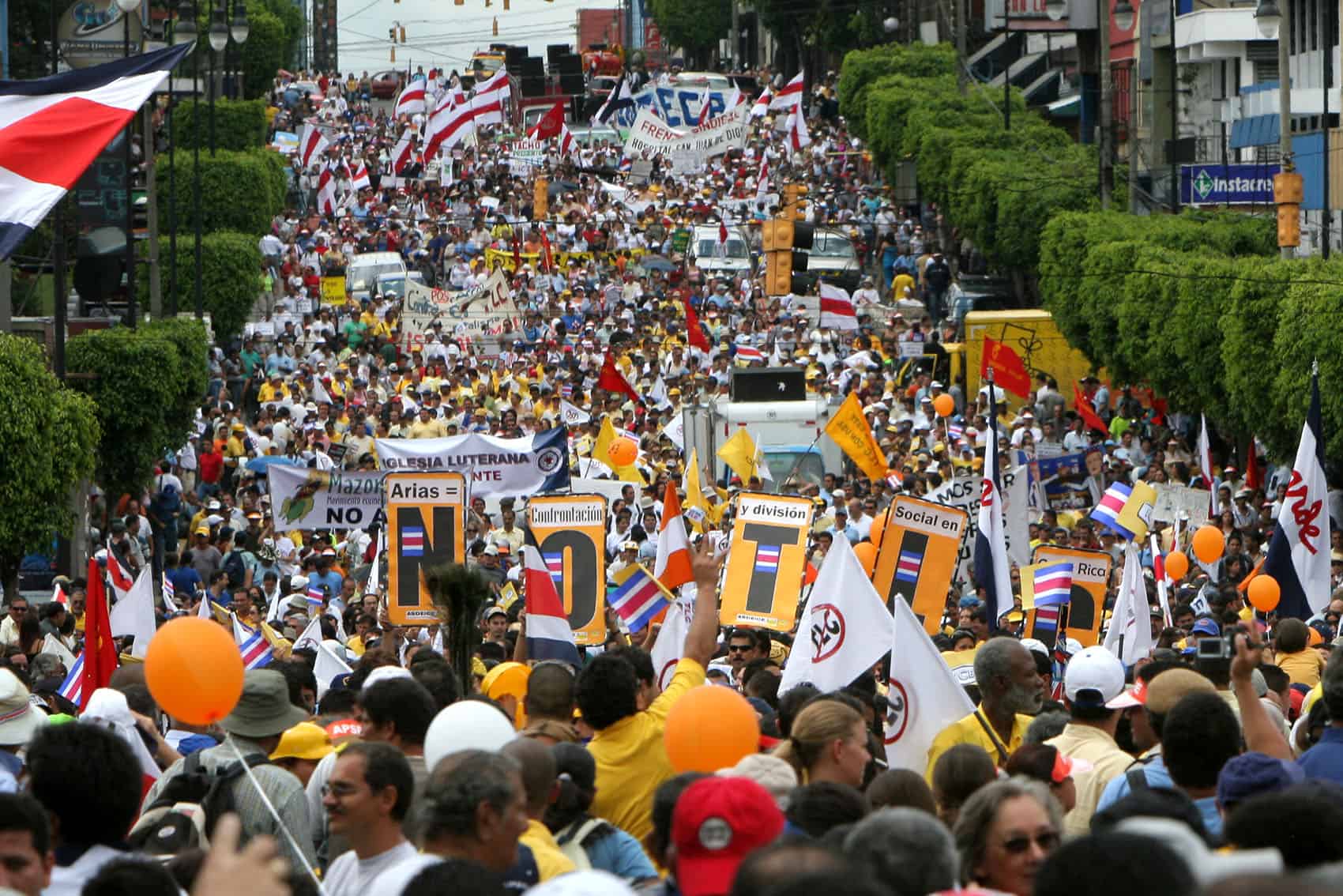 In recent years, the rhetoric in Costa Rica regarding the Dominican Republic-Central American Free-Trade Agreement with the United States (CAFTA-DR) has died down as the impact of full implementation has extended across the country. Almost six years into the agreement, Costa Rica has a large stake in CAFTA’s success, and whether you are for or against the controversial trade pact, there is no doubt that some good has been created as a result of its implementation. From the increase in high-skilled labor to an increasingly diversified economy, CAFTA has brought Costa Rica a measure of economic stability.

CAFTA has served as a tool in Costa Rica’s ongoing, long-term process of becoming less reliant on tourism and moving toward an economy with higher-paying, more stable jobs. In addition, farmers and manufacturers are finding and taking advantage of new customers abroad; CAFTA has opened the door to foreign investors as money has poured into creating manufacturing centers, call centers, and other facilities employing thousands of Costa Ricans. This has contributed to Costa Rica’s overall economic growth, as demonstrated by growth in GDP – the measure is forecasted to increase by 4.3 percent in 2015, up from 3.7 percent in 2014 – as well as by increased employment in business services, knowledge-intensive services, education, medicine and the public sector.

However, with advantages come disadvantages. CAFTA has caused a well-documented increase in trade across all of Central America, but it has also created an unintended side effect. As a result of increased exports to the United States and foreign investment in Costa Rica by U.S. companies, Costa Rica has put many of its economic eggs into the U.S. basket. A large percentage of Costa Rica’s GDP is tied to CAFTA-related activities, with U.S. exports reaching $11.9 billion, or 19.46 percent of the country’s GDP in 2013, and imports from the United States accounting for $7.2 billion, or 11.7 percent of GDP. The 2008 global finance crisis proves how great an impact economic downturns can have on interconnected economies; tying such a large amount of a country’s GDP to trade with one country is the precise recipe for eventual economic hardship.

Another unintended consequence of CAFTA has been the persistent brain drain occurring across the country. Although not a new phenomenon, Costa Rica has seen a large exit of its talented young people for “greener pastures” and more lucrative opportunities in countries like the United States. With their exit comes a loss of creative and intelligent leaders, entrepreneurs and other potential innovators. CAFTA and the foreign companies welcomed by the trade agreement have made Costa Ricans’ exit easier with companies like Bank of America, Citibank, HP and others recruiting the top talent for their operations in the United States and beyond. Without similar and ongoing opportunities at home in Costa Rica, the exit of talented Costa Ricans will continue, thus potentially damaging the national economy for decades.

As for those Ticos who have stayed behind, they face the growing concern of inequality between the rich and the poor. As seen in countries like the United States and other developed and developing economies, this growing gap can be attributed to the globalization of the world’s economies and the wealth it brings to the upper echelons of society, while others in the lower classes are faced with insufficient wages or long-term unemployment. This rings true for Costa Rica. Unemployment continues to remain high at 7.9 percent in 2013, up from 7.8 percent in 2012. Although it is the Central American country that has gained the most from CAFTA, Costa Rica still has the second-highest unemployment rate in the region.

Overall, the CAFTA-DR agreement as brought Costa Rica economic success. The country has added more high-skilled jobs and increased exports of agricultural and manufactured goods, and it’s clear the current trade surplus with the United States will continue to add to Costa Rica’s GDP. However, with lagging unemployment and almost 20 percent of the country’s GDP generated from exports and investment with the United States, Costa Rica’s economic foundation could tumble quickly. With such a large amount of economic activity associated to trade with one country, any decrease or change in trading patterns could have an immense impact on the Costa Rican economy.

The weak, underperforming job market will only make matters worse. Costa Rica needs to take the opportunity to learn from its newly diversified economy by continuing to be innovative and push for the continued advancement of the Costa Rican economy by becoming less reliant on the United States. Otherwise, the short-term gains from CAFTA-DR could become a long-term liability.

Melanie Furey is a research professional from Cleveland, Ohio, working abroad in Ciudad Colón, where she is conducting independent research on U.S. foreign policy, Costa Rica and Central American issues and other related topics. She holds a bachelor’s degree in economics from Allegheny College and a master’s degree in international relations from Cleveland State University.