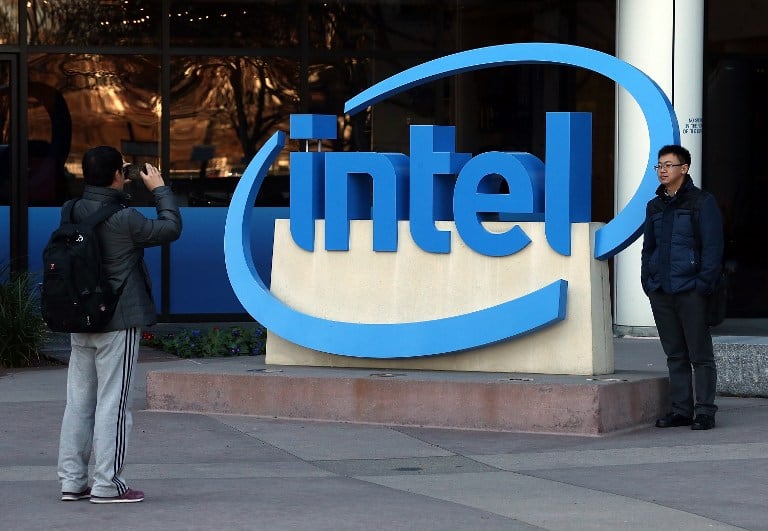 Intel manufacturing operations in Costa Rica will be moved to Asia, the company announced on Tuesday, April 8, 2014. Some 1,500 Costa Rican workers will lose their jobs at the plant, which was established in the country in 1998. (Justin Sullivan/Getty Images/AFP)

Intel Corporation on Tuesday addressed rumors circulating in recent days about the company’s future in Costa Rica, saying in a press release they will close their microchip assembly and testing operations in the country over the next six months. A total of 1,500 employees will lose their jobs.

The tech giant will maintain its facilities in Belén, Heredia, north of the capital, but all microchip assembly operations will move to Asia.

Intel will keep engineering and design departments open, which currently employ some 1,000 workers, and will add 200 new posts in these areas in coming months, the statement added.

In the statement, Intel said the decision to restructure operations followed a comprehensive review in which the company concluded that “the best long-term solution to maximize global operational efficiency and effectiveness is to close its assembly and testing operations in Costa Rica.”

“Intel’s decision is part of a global plan that also included closings in the United States, Spain and Malasya,” González said at a press conference, shortly after the company’s press release was circulated.

Juan Ramón Rivera, president of the Costa Rican Chamber of Industries, responded to the announcement by saying, “Intel is one of our affiliates and we deeply regret the decision they were forced to make. However, we believe our country continues to offer interesting conditions for the development of the industrial sector, and we need to boost efforts to attract investment in this sector to support the domestic industry.”

Rivera also said he would offer support to Intel’s employees with access to jobs databases and contacts with other chamber associates.

From September 2013 to March 2014, Intel laid off 1,800 employees at its facilities in Oregon, Massachusetts, Arizona and Malaysia. Last March, the company closed its research and development center in Barcelona, ​​Spain.

Over 20 percent of Costa Rica’s exports in 2013 were microprocessors, worth some $2.4 billion, according to statistics from the Foreign Trade Ministry.