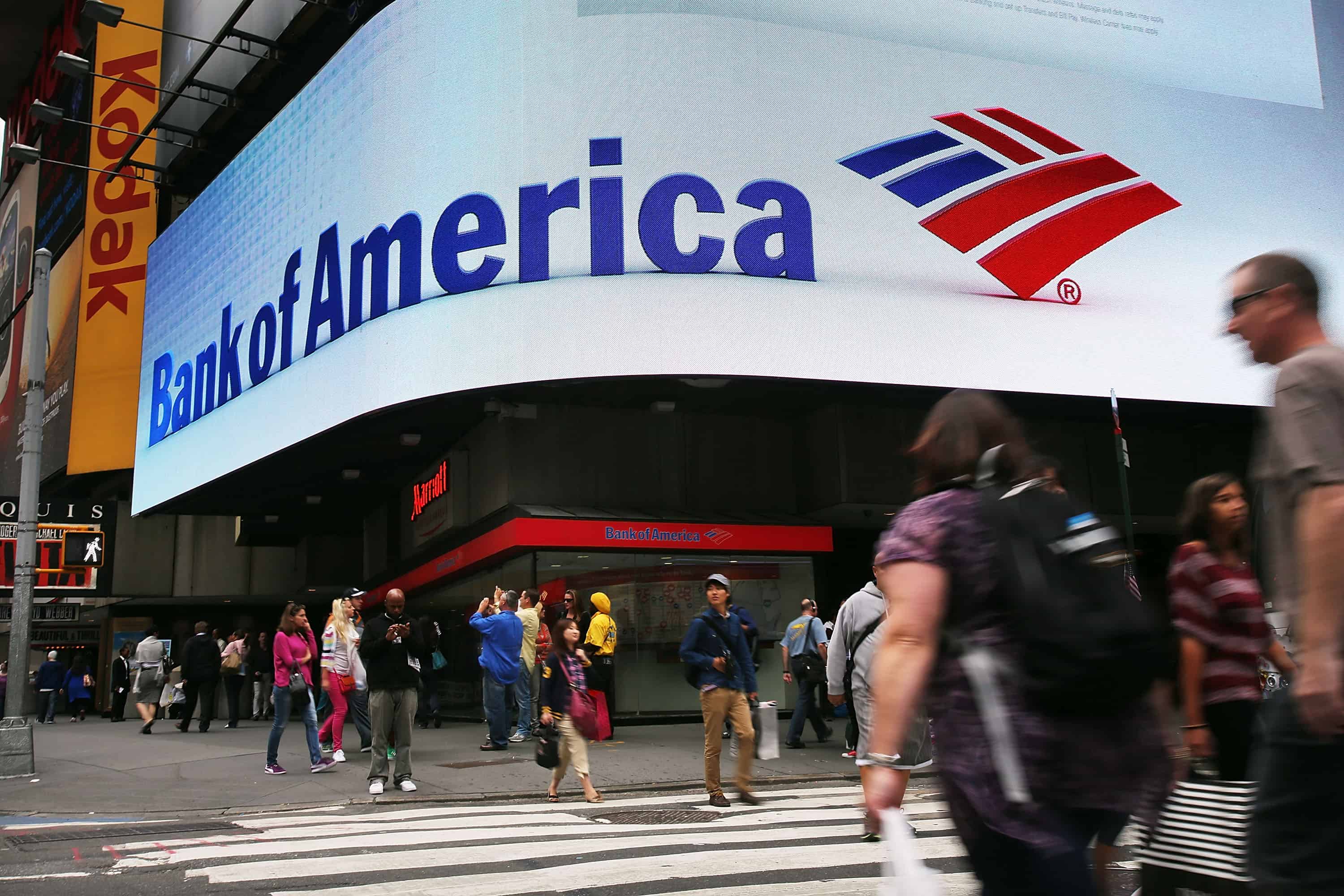 People walk by a Bank of America branch in Times Square on Sept. 20, 2012 in New York City. Bank of America Corp. has announced in a document to top management that it intends on getting rid of 16,000 jobs and to close 200 branches as the company continues its cost-cutting strategy. (Spencer Platt/Getty Images North America/AFP)

Intel confirmed the closure of its manufacturing facilities in Costa Rica, cutting 1,500 jobs, after rumors started to swirl during the election weekend. Bank of America also announced that 1,500 jobs would be lost as it closes its service center, AmeliaRueda.com reported on Tuesday.

Both companies said the restructuring would be complete by the end of 2014.

It was not immediately clear if the financial institution’s decision to close was related to Intel’s downsizing.

President-elect Luis Guillermo Solís, who won Costa Rica’s runoff election handily Sunday, met with Intel Vice President Shelly Esque Tuesday morning. A statement from Solís’ campaign said that Intel assured the president-elect that their decision has nothing to do with his election or conditions in the national market for foreign investment.

In March, Solís told a meeting of the Costa Rican Investment Promotion Agency (CINDE) that he had no plans to raise taxes on companies operating in free trade zones, such as Intel.

Intel announced that some 1,000 jobs in engineering would stay at the company’s engineering and design departments in Belén, Heredia, north of the capital, and the company would add another 200 jobs.

A source close to the meeting with Intel confirmed to The Tico Times that the company’s decision to close its manufacturing facility was not a surprise, and plans to reduce staff likely started several months ago.

Since Intel opened in Costa Rica in 1998, the country has specialized in areas from manufacturing and quality control of microchips to engineering and other specialized sectors that helped attract medical supply manufacturers and other high-tech industries worth billions in exports in 2013.

José Rossi, president of the CINDE board of directors, observed that Costa Rica’s high-tech manufacturing sector had helped develop a service sector “that has been one of the motors of the national economy and continues to demonstrate an important dynamism with 140 companies.”

One of those companies, however, also announced layoffs Tuesday.

Bank of America, another major employer, will let go at least 1,400 employees during the next 12 months. CINDE President Gabriela Llobet told AmeliaRueda.com that the decision was part of a global restructuring by the U.S. financial institution that eliminated jobs in Costa Rica, Mexico and the Philippines.

Eager to distance Intel’s decision to reduce its workforce in Costa Rica from the outgoing administration of President Laura Chinchilla, Presidency Minister Carlos Benavides said that opening the country’s economy to foreign investment “has been an enormous success of this government,” and that it would remain a priority until the last day of the administration, May 8, when Solís takes office.