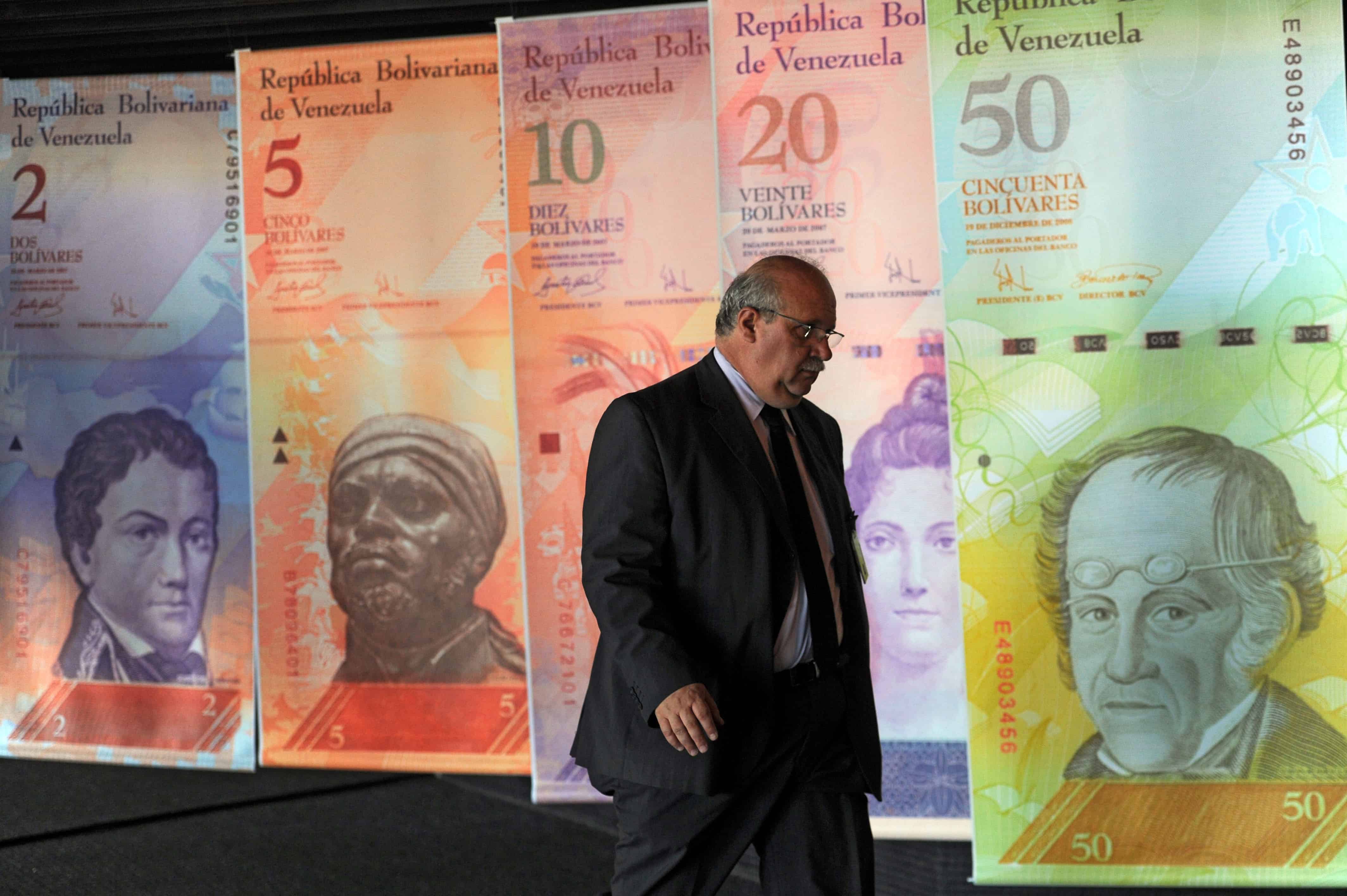 The rating was reduced one level to B, five steps below investment grade, Fitch said in a statement today. Venezuela is now rated in line with Lebanon, Ecuador and Rwanda.

“Macroeconomic instability has increased in Venezuela, as highlighted by spiraling inflation and recessionary conditions in the economy,” Fitch analyst Erich Arispe said in the emailed statement. “Heightened social unrest, most notably the ongoing wave of demonstrations, highlights the high degree of political polarization,” which could destabilize the country further, he said.

Eleven years of currency controls have made dollars in Venezuela increasingly scarce, causing shortages of imported products ranging from diabetes drugs to laundry detergent. The shortages are fueling the world’s fastest inflation and have triggered a month and a half of protests, with opposition parties and students staging daily marches. At least 35 people have died in the unrest, according to President Nicolás Maduro.

Venezuela allowed the bolivar to weaken 88 percent on a new currency market yesterday after loosening controls.

The bolivar was sold for an average 51.86 bolivars per dollar on the new system, known as Sicad II, the central bank said on its website. The official exchange rate used to import medicine and food is 6.3 bolivars per dollar and a secondary dollar auction system for non-essential imports last sold greenbacks at 10.8 bolivars.

“There is very little motivation to sell foreign currency no matter what the price is,” Rees said in an emailed report to clients today. “Hard currency is extremely scarce and obtaining it in the future cannot be guaranteed.”

Venezuela’s international reserves have plunged 23 percent in the past year to $21.1 billion. Reserves minus gold were just $6 billion in December, down 39 percent from a year earlier, according to International Monetary Fund data.

Fitch’s rating remains higher than competitors’. Since December, Standard & Poor’s rates Venezuelan debt one level lower at B-, while Moody’s Investors Service has a Caa1 rating. All three agencies maintain a negative outlook.

An additional downgrade by S&P would cause a bond rout because some money managers can’t hold assets rated ‘C’ by two separate agencies, Barclays Plc economist Alejandro Grisanti said in a Jan. 17 report.

Venezuelan dollar bonds have returned 4.4 percent on average this year, pushing yields down to 13.6 percent, which is still the highest among emerging markets tracked by JPMorgan Chase & Co.

About half the time, government bond yields move in the opposite direction suggested by new ratings, according to data compiled by Bloomberg on 314 upgrades, downgrades and outlook changes going back to 1974.

The Sicad II market will allow the government to “crush” the black market for dollars, stabilizing the economy, Economy Vice President Rafael Ramírez said this month.

Allowing market forces to determine the price of dollars in Sicad II would enable the government to improve its budget balance significantly, Gristanti said in a report published Tuesday. The importance of the new market will be determined by the amount of money the government will allow to be traded there, he said.

Former President Hugo Chávez in 2010 closed a currency swap system that permitted Venezuelans to obtain dollars legally, accusing traders of fanning consumer prices and causing the bolivar to lose value. Inflation accelerated to 57.3 percent last month from 27.2 percent at the end of 2010.

One in three dollars in the country is misused or stolen, Ramírez said in February. Venezuela, which has the world’s biggest oil reserves, earns about $120 billion from oil exports a year, according to PDVSA’s annual report.

“Instead of doing something productive like making goods or importing and selling them, you’re much better off looking for ways to arbitrage those different exchange rates,” Kogan said.

View all posts by Katia Porzecanski and Anatoly Kurmanaev | Bloomberg