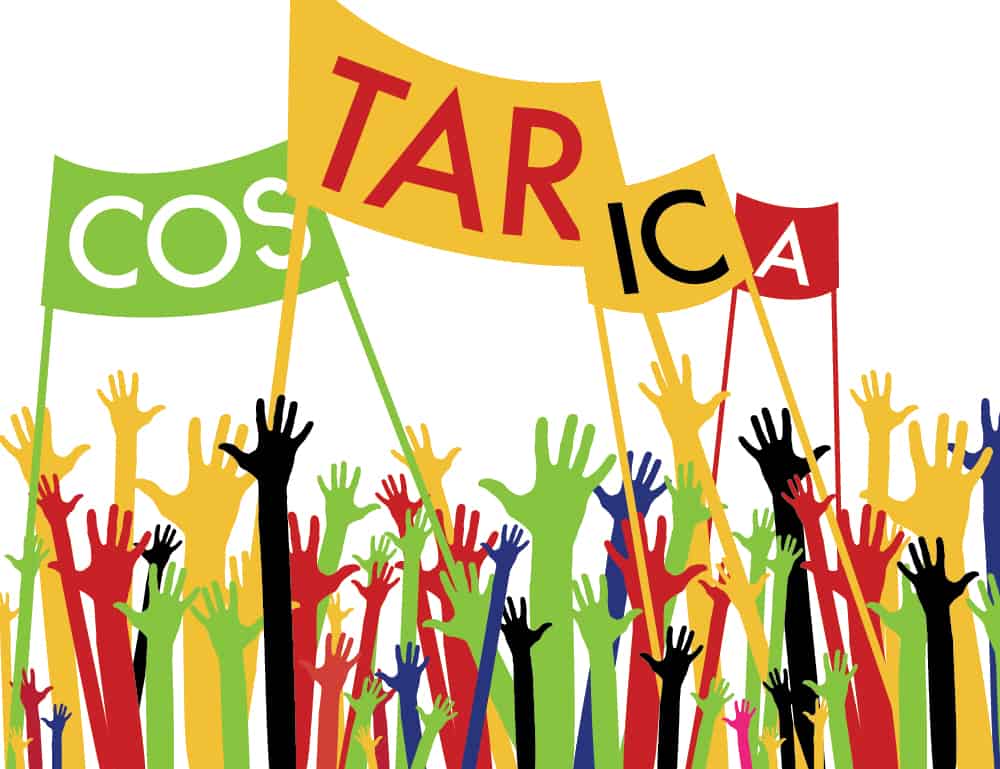 Following the Broad Front Party’s surprise failure to enter April’s second-round presidential election, many citizens have suggested a runoff simply will be a continuation of “politics as usual” in Costa Rica, and that no real political change will occur.

The conclusion that this national election represents a continuance of “more of the same” is based exclusively on the outcome of the first round earlier this month, and therefore misses the major changes in the national legislative elections of 2014. Those elections, together with previous elections in this century, suggest that Costa Rica is experiencing more than a simple party realignment in which Luis Guillermo Solís’ Citizen Action Party has replaced the Social Christian Unity Party as the second major party of a two-party system.

Rather, Costa Rica’s two-party model – responsible for its moderate politics and democratic stability since 1949 – appears to be evolving into a much more conflict-driven multiparty system that may eventually alter future presidential elections as well.

For evidence that Costa Rica’s political system is evolving, one needs to look no further than the rate of voter turnout in the elections this century. Since 1998, Costa Rican voters have seemed less content with their national political leaders as evidenced by nearly a third of eligible voters staying away from the polls in recent elections.

In the presidential election of 2002 – the first in Costa Rica’s history to require a second round – only 68.8 percent of registered voters participated. This rate, while well above the turnout rate for elections in the United States, was the lowest in Costa Rica since the election of 1958.

In a second round in 2002, only 60.2 percent of voters participated, representing the lowest level of voter participation since 1949.

The elections of 2006 and 2010 demonstrate the same downward trend, with turnout rates of 65.4 percent and 69.08 percent, respectively. Roughly 68 percent of registered voters went to the polls in this most recent election, and if the past is an indicator, one might expect turnout for the runoff in April to be lower still.

These numbers, taken alone, do not present cause for concern. This rate of voter turnout places Costa Rica in the company of Estonia and Hungary and still well above the voter participation levels experienced by Switzerland, India and the U.S. But they do represent a significant decrease in Costa Rica’s voter turnout in the previous century. On average, 81 percent of registered voters participated in the national elections between 1960-1995, and this statistic was a significant factor contributing to Costa Rica’s reputation as one of the most stable democracies in Latin America.

Costa Rica is often recognized for its 65 years as a stable democracy, in large part due to its bipartisan governance. But in 2014, further cracks have emerged in this once rock-solid two-party system. For example, in only one other election (and that, too, was an election in this century) did the ruling National Liberation Party win so few seats in the legislature. Following the establishment of the Constitution of 1949 and even in the elections of 1953 and 1958, where the Legislative Assembly consisted of only 45 representatives, the PLN always has held at least 20 seats. With the PLN’s 18 seats, this year ties 2002 as the worst showing in the party’s storied electoral history. This alone suggests that this election is of great historical significance, and taken with the results of 2002 may be an indicator of the end of PLN’s electoral lock as either the ruling party, or the principle opposition party in Costa Rica.

There are other factors that also suggest the political landscape is changing. The constitutional change that made possible the return of former President Oscar Arias and the divisive politics of the 2007 free trade referendum did little to help the traditional political parties win support. In fact, these debates likely account for much of the electoral successes of the Libertarian Movement Party in 2010 and the Broad Front Party in 2014.

While the Broad Front’s 17 percent vote tally did not result in a much-expected second-round contest for their presidential candidate, it nonetheless did translate into nine new progressively left legislative members, a whopping 800 percent increase in the party’s legislative presence over 2010.

The Broad Front Party will now hold 16 percent of the seats in the Assembly, and if each proves to be as vocal as has been presidential candidate and lawmaker José María Villalta, this upcoming legislature promises to be more conflict-driven than the last.

In 2010, the right-of-center Libertarian Movement Party increased legislative presence from one lawmaker in 2002 to six in 2006 and 10 in 2010, only to find voters cooling to the party’s rhetoric in 2014. Still, a 900 percent increase in the eight years between 2002 and 2010 suggests that a significant number of Costa Rican voters in this century have begun to identify both to the left and to the right of Costa Rica’s much-celebrated political center.

Prior to PAC’s 14-seat victory in 2002, one must go back 50 years to find third parties who have garnered the electoral clout that the Libertarian and Broad Front parties have won in the two most recent elections. Since 2002, significant third-party voting has become more the norm. This too is suggestive of a growing multiparty system, the end of two-party stability and perhaps a more divisive politics ahead.

The recent legislative elections also have witnessed a breakthrough for the evangelical movement in Costa Rica, increasing their number in 2014 by 50 percent. The increase may be small in real numbers (an increase from two lawmakers to three in 2014), but one simply has to remember the hundreds of motions filed by the National Restoration Party’s Carlos Avendaño to slow down in vitro fertilization legislation to understand what a single lawmaker driven by ideology can do in a legislative body.

The polarizing impact of the rise of evangelicals on politics in Latin America is well documented, and as their numbers increase in Costa Rica, so likely will the political struggle over cultural hot-button issues such as women’s reproductive health and marriage rights for gays and lesbians.

Finally, there are also economic factors that could destabilize politics in Costa Rica. Costa Rica currently has the second-highest unemployment rate in Latin America at 8.3 percent, according to the United Nations Economic Commission for Latin America and the Caribbean. Despite increases in the nation’s economic wealth production, levels of poverty have remained stagnant since 1994. Costa Rica shares the unwelcome honor of being one of three countries in the region where inequality has grown since the year 2000.

Economic insecurity breeds political instability, and reversing this trend will be the challenge of the next four years. If the next administration cannot find solutions to some of Costa Rica’s economic woes, 2018 may find even more voters looking for political alternatives on the right or the left, leaving the fabled Costa Rican democratic stability in even greater peril.

Gary L. Lehring is a professor of government at Smith College, Northampton, Massachusetts. He is on sabbatical in Costa Rica.