Costa Rica Antlife – They go Marching … into Your House 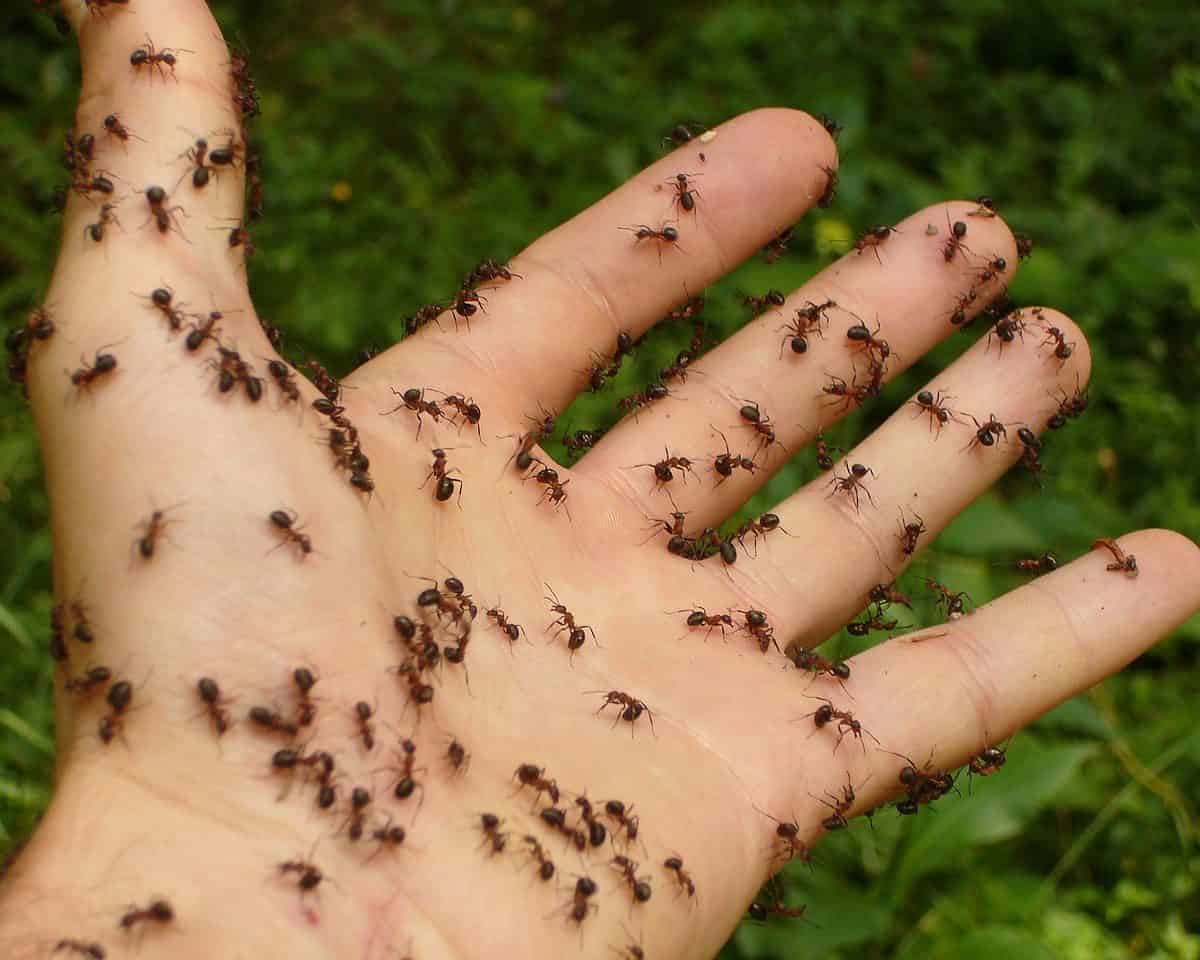 If you prefer a one species household, you shouldn’t move to Costa Rica. You need to think of your abode more like an ecosystem. There are the squeaking geckos that inhabit the great forests of around-all-of-your-windows.

There are the mosquitos. Those screen-defying predators that prefer to attack their prey as they do the dishes or type on computers. You may not realize it, but one of the most diverse group of animals that inhabit the great interior of your house are ants.

While you would need an entomologist to tell you the number of species of ants I live with, I’m going to highlight 3 species that live in or directly around my home and another whose periodic visits cause everybody a great disturbance.

Since my bookshelf lacks a Costa Rica Ants book and the internet says there are about 600 species of ants in the country, I’m not going to attempt to give scientific names to this cast of characters. Instead, I’ll tell you what I’ve heard people call them and share a little info about what it’s like to live with them.

First up, those teeny tiny itty bitty little ants that are inevitably somewhere on your countertop. I believe some people call them sugar ants. They are almost unnoticeable. They are often sharing whatever you’re eating for dinner in your kitchen. At least in my kitchen.

No matter how clean I try to be, no matter how much of the flower-scented spray I bathe the kitchen in, I will still pull a frying pan out of the cabinet, flick on the gas and begin cooking a few tiny ants. Besides being an accidental addition of protein or being that invisible thing that’s tickling your arm hair, these little ants are no problem.

Next, is the Losasso Family nemesis. The small, but not tiny, black ants that sting the crap out of your feet. I would actually like to learn the scientific name of this species so that I can hate them more officially. These ants are normally lying in wait just outside of my house, sitting in the driveway stones or the seemingly inviting grass, just waiting for one of us to pause just for a second on top of their invisible home and then AHHHHH!

Their painful stings can be very itchy and uncomfortable for a few days. While I’m fully aware that there are no ‘bad’ species and every little creature has its purpose and fits importantly into its niche, that’s hard to keep in mind while plucking stinging ants from between your toes. So final vote, these ants are terrible.

The next species of ants is slowly destroying my wife’s psyche. I hardly see these ants. Maybe I go get a drink at night and when the fridge light illuminates the kitchen floor, I see a big fat lone red ant bopping about. It’s doing its thing, I’m doing mine, nobody needs to take any action.

The problem comes when my wife is decorating for any holiday ever. She goes back to the storage shelves, opens some box or container and is shocked (just shocked!) that once again those big fat red ants have moved in with about a million big white oval ant-eggs. Locally, they’re called chachaguas which must translate to ‘ants that carry their eggs all over the place.’ While I assume my wife would say differently, I’ve got no real problem with these ant timebombs.

Finally, the species of ant that doesn’t live in the house very long, but they really make their presence known, army ants. The army ants that visit my house are big, like the egg ants, but these ants are all black. They come in different sizes, depending on their job within the army ant society. When they come, they come in numbers.

Sometimes I’ll notice several different species of birds all flitting around the yard together (catching insects escaping the ants), sometimes my kids will come running into the house to warn us, but more often than not we become aware that we’re about to get invaded when a million other types of ants start pouring out of our AC units onto the interior walls of the house. They’re escaping army ants. The army ants enter through the AC and start wiping out all of the other insects that call my house home.

They can be fought off with hoses or bug spray. I’ve had a friend tell me that he prevented an invasion with a ‘wall of fire’ (not recommended). The trick for an army ant invasion is easy, just retreat. Leave. When you get home, they will have moved on, and you’ll have a few less roommates.

Many people decide to make Costa Rica home specially because of the biodiversity of its wild places, it’s only once you move here that you realize that biodiversity doesn’t stop at your front door.