HomeArchiveThanksgiving in Costa Rica: Recipes from a Pro

Thanksgiving in Costa Rica: Recipes from a Pro 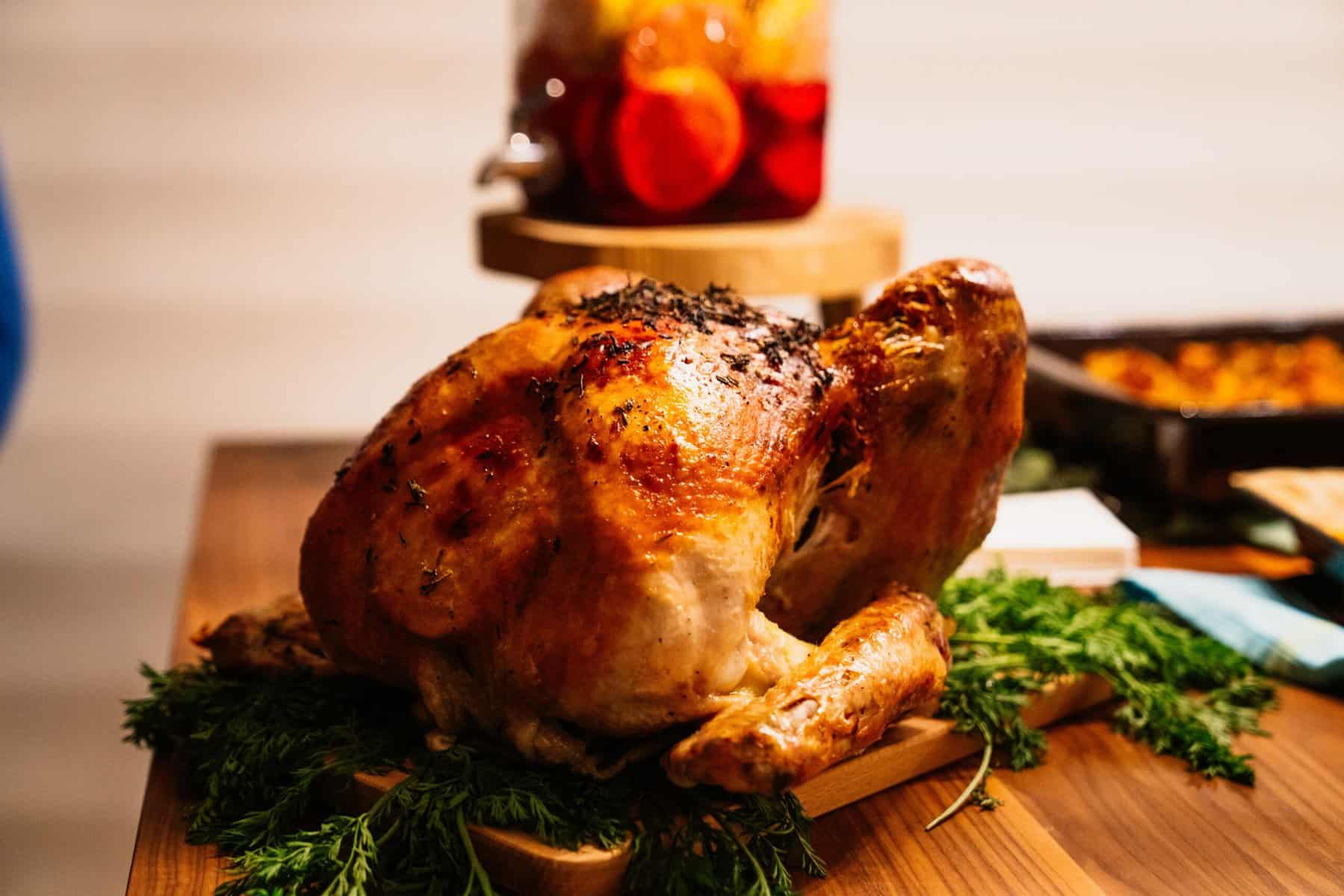 There is an art to properly cooking your Thanksgiving turkey. A perfectly roasted bird should have a rich, golden skin and tender, succulent meat. An eight- to 12-pound turkey should easily feed a hungry family of six.

Preheat your oven to 325 degrees Fahrenheit, then place the bird in a roasting pan with a wire rack to allow proper air circulation during the cooking process.

If you choose to stuff your bird, do so just before putting it into the oven to prevent any possibility of food-borne illnesses. Also, stuffed turkeys require a longer cooking time – about half an hour more.

An unstuffed turkey should reach 175 degrees in about two hours and 45 minutes to three and a half hours. Keep in mind that it will continue cooking during the setting process and will peak in temperature at about 180 degrees or more.

Regular basting will retain moisture. To avoid over-browning, you can loosely cover with aluminum foil during the last hour or so. A meat thermometer will ultimately determine doneness, but you’ll know when the legs move freely.

This stuffing is richer if stuffed in the bird itself but is still very tasty baked in a casserole dish. I use the meat from the neck and giblets along with chicken stock to create the best results. Here’s the recipe:

In a medium saucepan, bring to boil the neck, gizzards, heart and enough water to just cover it all. Reduce heat and simmer, covered, for 45 minutes, checking your liquid levels occasionally so as not to burn anything, then add the liver and cook for another 15 minutes. Strain broth, pull the meat and discard the bones, saving the broth for the gravy later on.

Sauté the giblets with four tablespoons of butter or bacon fat, then remove giblets. Cook vegetable mixture in the same pan and cook at low to medium heat until caramelized. Chop giblets and combine all ingredients evenly. Now you are ready to stuff your bird.

Take care to properly close the “flap” or the “hatch,” or whatever you want to call it, but make sure it’s closed! The leftover mixture can be baked at 325 degrees for 30 minutes in a standard casserole dish.

A turkey dinner just wouldn’t be the same without home-style turkey gravy, and

here’s the science to show you the way. Honestly there is little science here; just make sure there aren’t any lumps! Here goes:

Remove rack from roasting pan and sieve your drippings into a big measuring cup. Then add some of the broth created from cooking the neck and gizzards into the pan to loosen up the brownish specks of flavor stuck to the bottom (“deglaze” would be the proper culinary term). Let stand until the fat separates and floats to the top for easy removal.

Keep two tablespoons of turkey drippings and make a roux, adding a couple of tablespoons of white flour and 1/2 tsp kosher salt (because it tastes better) and cooking over medium heat until you see a golden color and bubbles.

Gradually add remaining broth and enough liquid, preferably a turkey or chicken consommé or water, stirring continuously. This should make about three to four cups of gravy.

Previous article
What Could a World Without Twitter Look Like?
Next article
Nespresso Enters the Compostable Coffee Capsule Market