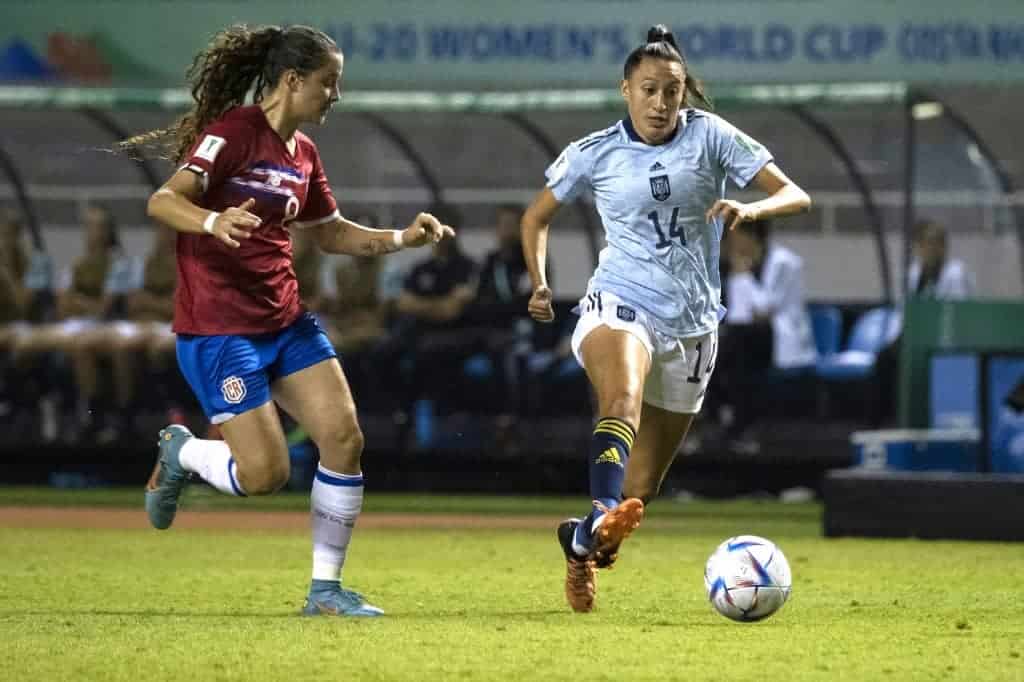 Spain defeated hosts Costa Rica 5-0 on Saturday in the second day of Group A of the U20 Women’s World Cup, a result that allows the Spaniards to lead the group and eliminate the host team from the race.

With the biggest win of the tournament, Spain has six points, the same as Brazil, but with a better goal difference, followed by Australia with three and Costa Rica with zero.

With the defeat, Costa Rica becomes the first team to be left without options of advancing to the next round. On the 16th, Spain will face Australia and Brazil will face Costa Rica for the two tickets to the quarterfinals.

If there is one thing Spain does not negotiate, it is possession of the ball out from the back, and the match was a monologue of passes, and combinations to the point of exhaustion, in search of space towards the opponents goal.

With the FC Barcelona player, Julia Bartel, with freedom of movement to generate superiority in the duels, and the flanks, Spain locked the Ticas in their field.

The first goal came from a header by Majarín, who beat the defense to a corner kick. Mingueza scored the second of the night, after taking advantage of a defensive rebound, in Bartel’s umpteenth combination.

In the second half, Gabarro scored the third after a penalty, Elexpuru scored the fourth, after a gallop down the right wing, and Paralluelo scored the fifth, in a new run.