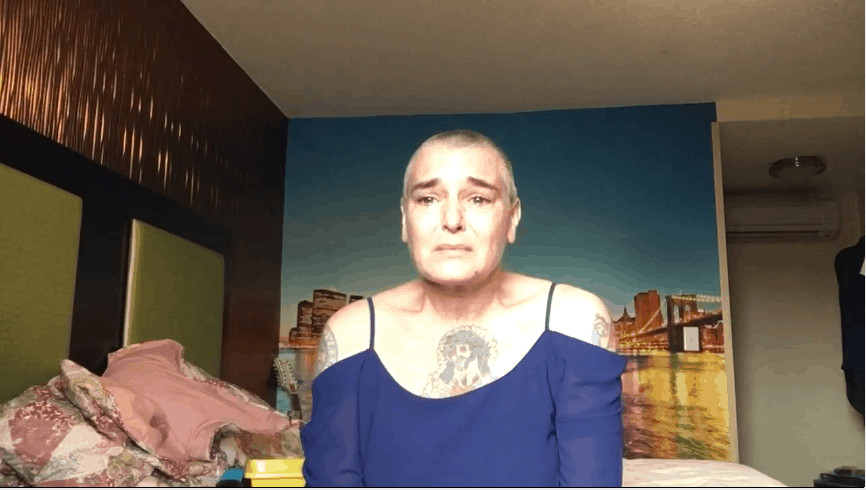 Irish singer – song-writer Sinéad O’Connor, who rose to fame in the eighties, suffers from a bipolarity disorder and expresses her depression publicly.

The Irish Grammy Award winner posted a video on Facebook that has already had over 1.2M views today. In the video, the artist affirmed through tears, that at this moment she is fighting for her life.

In this 12-minute video, the singer explains that she is just one more among the millions of people suffering from mental diseases and disorders. At other times, the interpreter of “Nothing Compares 2 U” has performed this same type of publications.

The 50-year-old artist has been diagnosed with bipolar disorder and says she is alone “as a punishment for having a mental illness.”
See for yourself Sinéad’s message in the video