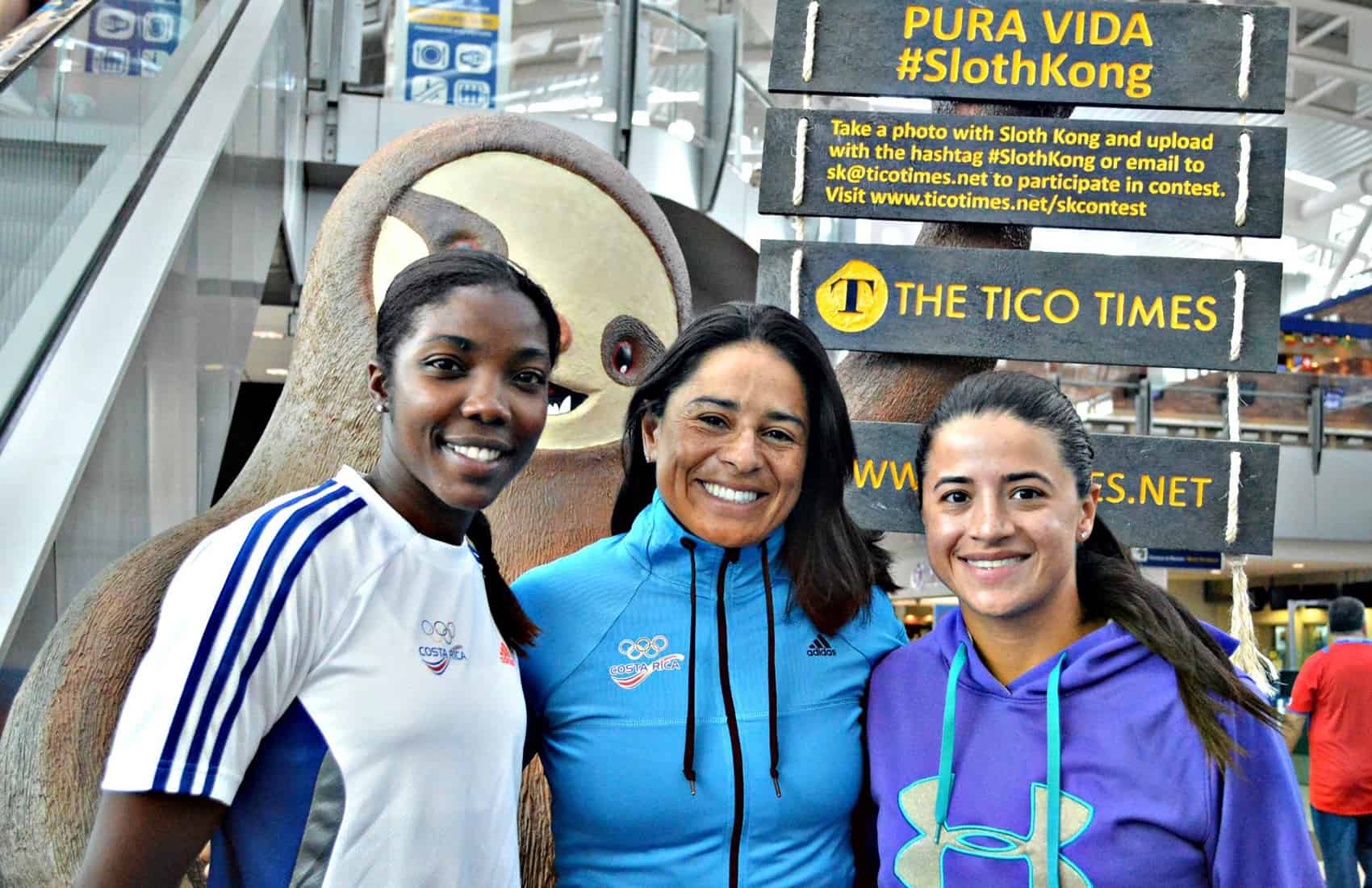 After taking a snapshot with Sloth Kong for luck, Ticas Karen Cope, Natalia Alfaro and coach Ingrid Morales on Monday morning left for Amsterdam to take part in the first Beach Volleyball World Championships in the Netherlands, from June 26 to July 5.

An opening ceremony, the semifinals and final matches will take place at The Hague, the tournament’s host city where a temporary stadium will be built next to Hofvijver Lake, near the Dutch Parliament. Matches also will be played in the cities of Amsterdam, Rotterdam and Apeldoorn.

Las Ticas will face Germany, Slovakia and Poland. On Monday, the Costa Ricans said they remain positive they will perform well.

Their first match takes place on Sunday, June 28 at 7 a.m. Costa Rica time against Germany. Next they will face Slovakia on June 29 and Poland on June 30. Both matches are at 3 a.m.

The World Championships brings together 96 teams of men and women, divided into 12 groups of four teams.