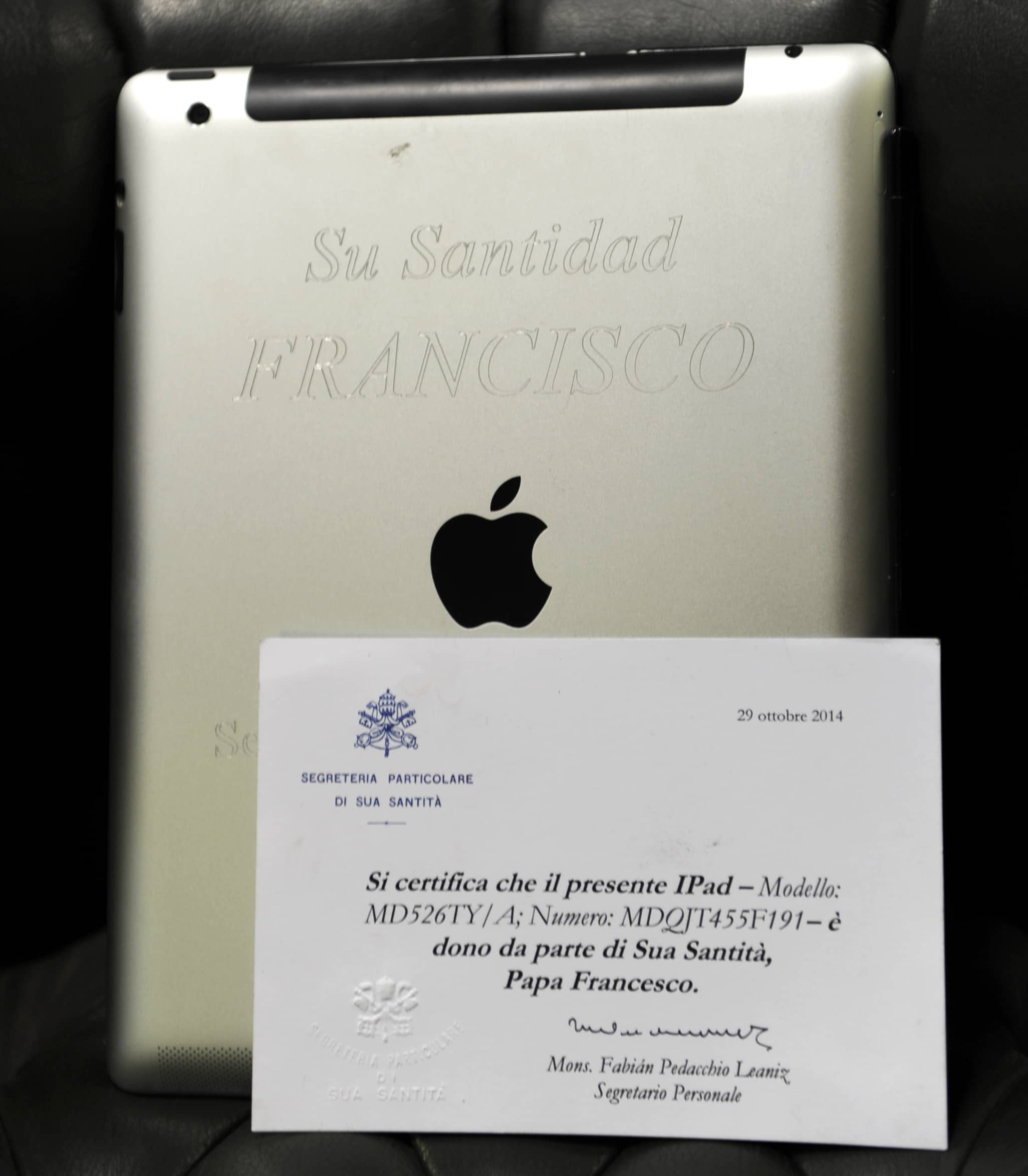 The Pope's iPad was auctioned for charity on April 14, 2015 in Montevideo. (Miguel Rojo/AFP)

MONTEVIDEO, Uruguay — An iPad that belonged to Argentina-born Pope Francis went under the hammer for $30,500 on Tuesday, autioneers in Uruguay said.

Local media threw a spotlight on the iPad last year.

The pope gave it — complete with its His Holiness Francis label and a Vatican certificate of authenticity — to an Uruguayan priest as a gift.

It ended up being donated to a local school by the priest, before being auctioned off to raise money.