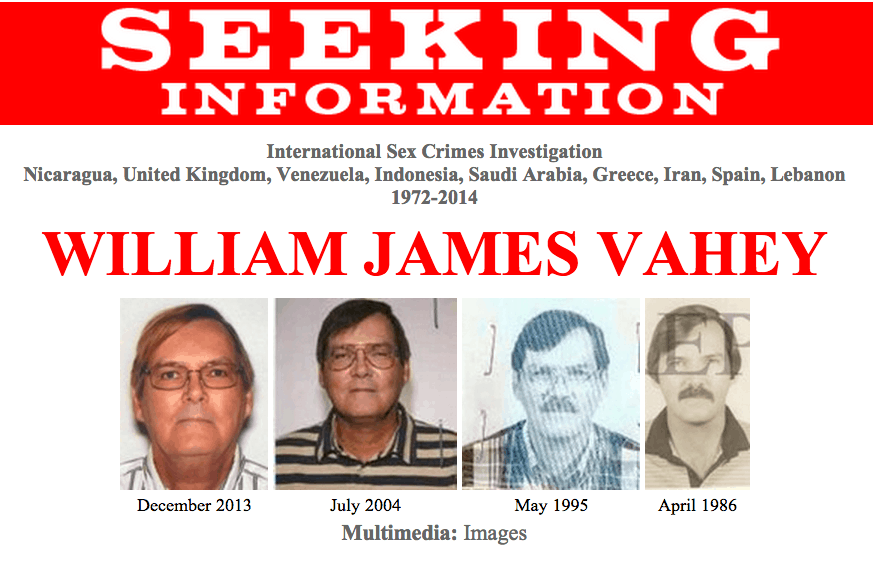 A suspected child molester may have abused at least 90 young boys at international American schools since 1972, and many of the victims may not be aware of what happened to them, the U.S. Federal Bureau of Investigation said on Tuesday.

The 64-year-old suspect, William James Vahey, committed suicide in March after an employee at the American Nicaraguan School in Managua saw a thumb drive belonging to the suspect containing pornographic images of dozens of boys who the FBI said may have been drugged. Vahey, who was jailed in California in 1969 for child molestation, taught ninth-grade history and geography at the American Nicaragua School between 2013 and March 2014.

“This is one of the most prolific alleged predators we’ve ever seen,” Houston FBI Special Agent Shauna Dunlap told the television station KPRC in Houston, Texas.

When he was confronted by an employee, Vahey, a U.S. citizen, said that he had been molested as a child and that he had “preyed on boys his entire life,” according to the FBI statement. Vahey reportedly used sleeping pills to knock out his victims, believed to be boys between 12 and 14 years old, before molesting them.

The teacher committed suicide on March 21 in Luverne, Minnesota, according to KPRC Local 2 Investigates.

The Tico Times called the school for comment Wednesday, but no one was immediately available to make a statement.

“He had access to children because of his position of trust,” said Special Agent Patrick Fransen, who specializes in crimes against children. “He created a system that gave him the opportunity and the means to molest children. The manner in which he committed these acts —while the boys were unconscious — may have inhibited them from knowing what happened, making it impossible for them to come forward at the time of the molestation.”

Agents believe the abuse may have taken place during overnight field trips Vahey organized. Time stamps on the sexually explicit images on the thumb drive coincide with the dates of such trips, the statement reported.

You can also contact your local FBI office or the nearest U.S. Embassy or Consulate.

Between 1972 and 2014, the following schools employed Vahey: