This gross discovery may make you rethink your obsession with sloths 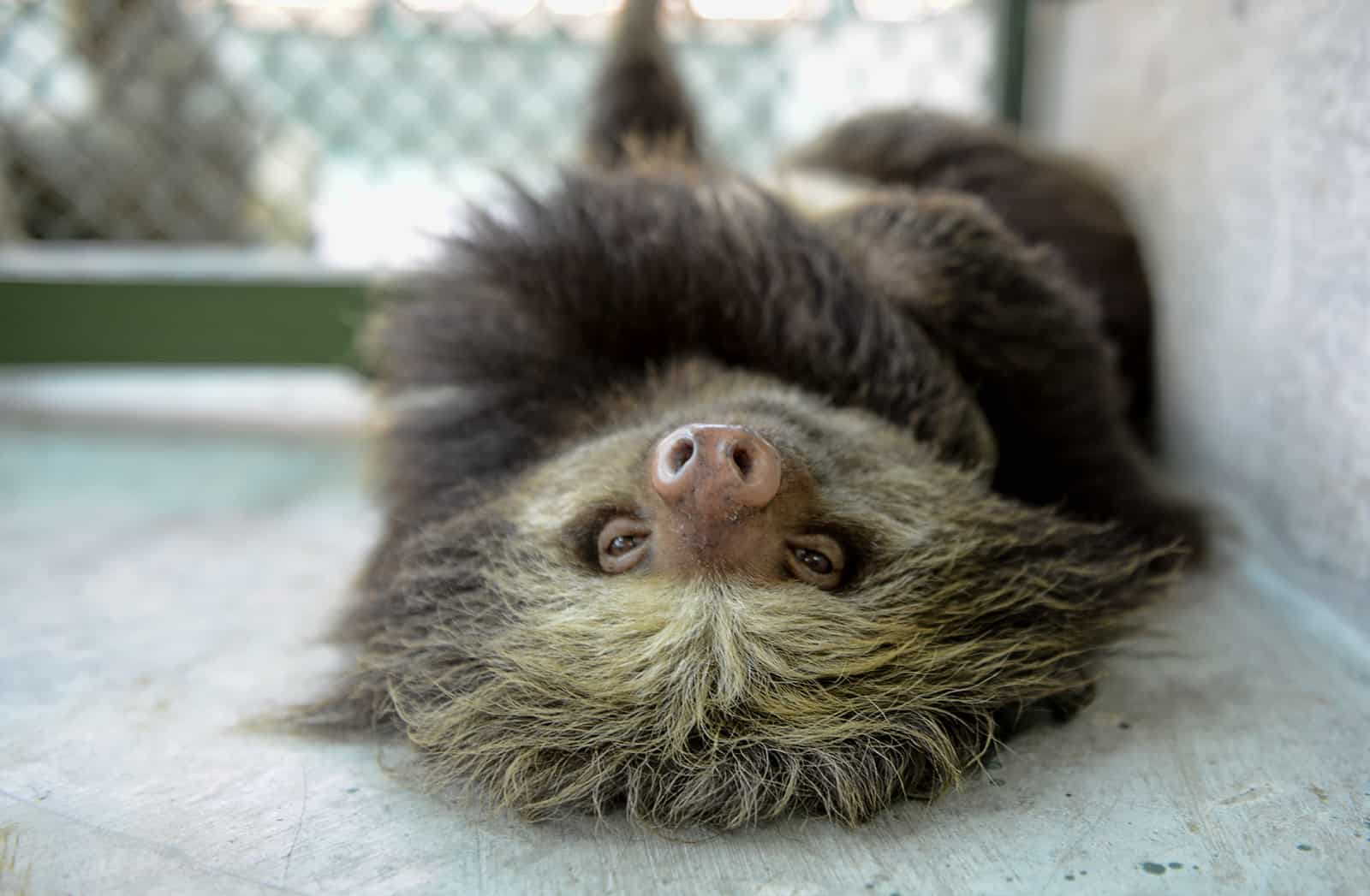 Why is it that people think sloths are so cute? (Lindsay Fendt/The Tico Times)

Over the past few years the sloth has turned into the celebrity of the animal kingdom. But while the animal may look adorable on your computer screen, a new biological theory reveals just how un-cute a real sloth would be to most of its fan base. A new study published in the journal Proceedings of the Royal Society B may finally answer one of biology’s biggest mysteries about sloths –we’re talking about the riddle of sloth bowel movements.

Once a week, the animal will descend from its tree to defecate on the ground. This risky endeavor makes it vulnerable to predators. So, why doesn’t a sloth just poop from the treetops?

Researcher Jonathan Pauli from the University of Wisconsin-Madison believes it is due to a bizarre symbiotic mechanism that sloths maintain with the Cryptoses moths that live in its fur.

Yes, moths that live on the sloth. And sloths help these winged creatures reproduce. With their poop.

Doing research in Costa Rica, he followed around some three-toed sloths and made some discoveries.

After a sloth moseys on down from the canopy to do its business, the moths will lay eggs into the animal’s droppings. When the larvae hatch, they eat their way out of the dung and then fly up to lodge on the sloth. But what’s the benefit for this slowpoke mammal? The moths, according to the study, play a role in the mutually beneficial mini-ecosystem that blooms on a sloth.

Biologists have long known that a three-toed sloth’s fur serves as its own mini-ecosystem of bugs, fungi and most importantly, algae. These “algae gardens,” as researchers call them, likely serve as both camouflage and an important dietary supplement for the sloths.

To ensure maximum algae growth, a sloth’s individual hairs have cracks that will fill with rainwater. Algae  grow hydroponically within those spaces. Sloths rely on the newly hatched moths to complete the algae coat. The moths bring up tiny particles of the sloth’s own dung to deposit in the fur. In other words, a sloth uses its own fecal matter to grow algae on its body. It’s a repugnant and nifty way for sloths to stay healthy in the jungle.

Some mysteries remain in regards to this theory. A National Geographic article wonders if this trek down the tree is still worth the energy and the risk of being eaten. There’s also a stranger concern, NatGeo’s Ed Yong writes:

Brazilian researcher Adriano Chiarello points out an even bigger problem with the hypothesis. He and his students have spent more than 1,000 hours watching maned sloths in the wild. “We never saw sloths behaving in a way that might suggest or indicate that they were somehow extracting algae or other nutrients from their fur,” he says. They’re not like cats; they clean their fur with their front paws rather than their mouths. “I don’t remember ever seeing a sloth licking or lapping its fur.”

So, how exactly are they eating the supposedly nutritious algae? “Perhaps sloths do this secretly, or solely at night when such behaviour would be even more difficult to witness,” says Chiarello. Or, perhaps they’re absorbing the nutrients directly through their skin. He’s not convinced by either possibility and, either way, “the smoking gun is missing.”

Pauli got his inspiration to begin researching this topic from a BBC video on YouTube called “The Mouldy Sloth.” Watch the great Sir David Attenborough narrate a clip from the documentary: