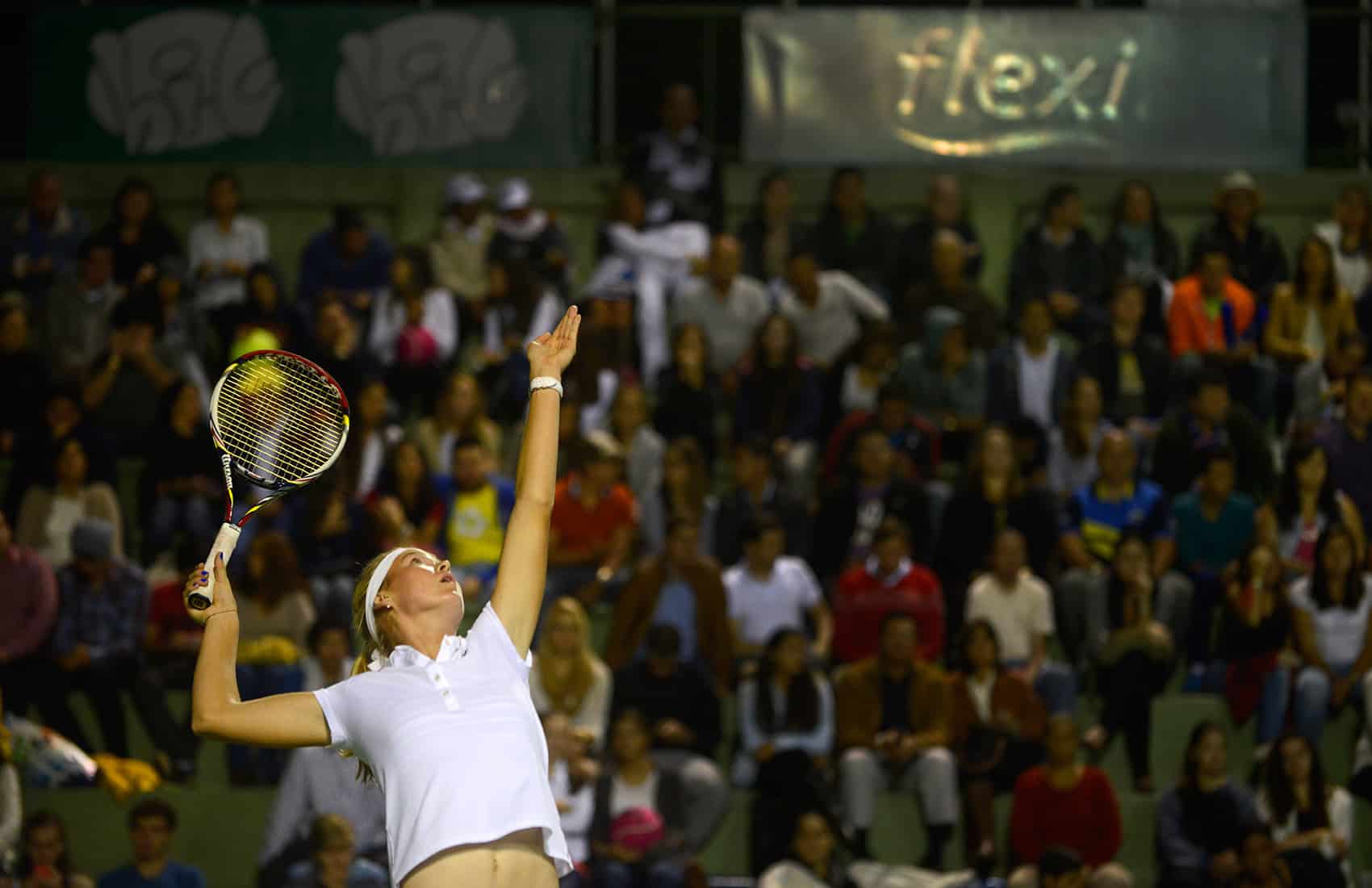 Costa Rica’s 50th Copa del Café tennis tournament came to a close Saturday evening on an intimate court at the Costa Rica Country Club, southwest of the capital. The final matches were played in front of a captivated audience who held on to every point played in each of the four two-set matches.

The biggest surprise of the evening was Catherine Bellis of the United States, who defeated the No. 1 seed Marie Bouzkova of the Czech Republic in the girls’ singles final. Bellis, 14, played a strong, confident game and won in straight sets (6-4, 6-3). She will advance from her spot at 105 in the International Tennis Federation rankings to a spot in the top 50.

Bouzkova, ranked 19 in the world on Jan. 6, appeared to be nervous from the beginning of the match and committed a lot of unforced errors, which contributed to her loss. Despite losing the final match, the points gained in earlier matches will advance the 15-year-old Czech in the ITF rankings.

In the boys’ singles final, the No. 1 seeded Roman Safiullin from Russia met expectations and defeated Ryotaro Matsumura from Japan in straight sets, 7-6, 6-1.

In the girls’ doubles final, the Belgian team formed by Morgane Michiels and Greetje Minnen won 5-4 and 7-5 over British Emily Arbuthnott and Brazilian Luisa Stefani.

The boys’ doubles final was won by Peruvian Nicolás Álvarez and Venezuelan Rafael Antonio Coutinho in an exciting 10-point tiebreaker played in place of a third set. Álvarez and Coutinho won 6-4, 3-6, 10-7 over their opponents, Adrián Andrzejczuk from Poland and Nam Hoang Ly from Vietnam.

Rafael Coutinho hugs his doubles partner Nicolás Álvarez after their victory in the boys’ doubles finals at the Copa del Café.
Lindsay Fendt

Andrzejczuk said “It was a great tournament, lots of nice people. Close match, but we tried our best.”

His sentiment was echoed throughout the evening on the podium, as the tennis players expressed their gratitude to everyone for making Copa del Café a great tournament.

Check out some more photos from the finals:

Catherine Cartan Bellis celebrates after a point in the girls’ singles finals at the Copa del Café.
Lindsay Fendt

Nicolás Álvarez of Peru lunges for the ball during the Copa del Café.
Lindsay Fendt

Catherine Cartan Bellis hoists the victory plate over her head after winning the girls’ singles tournament at the Copa del Café.
Lindsay Fendt