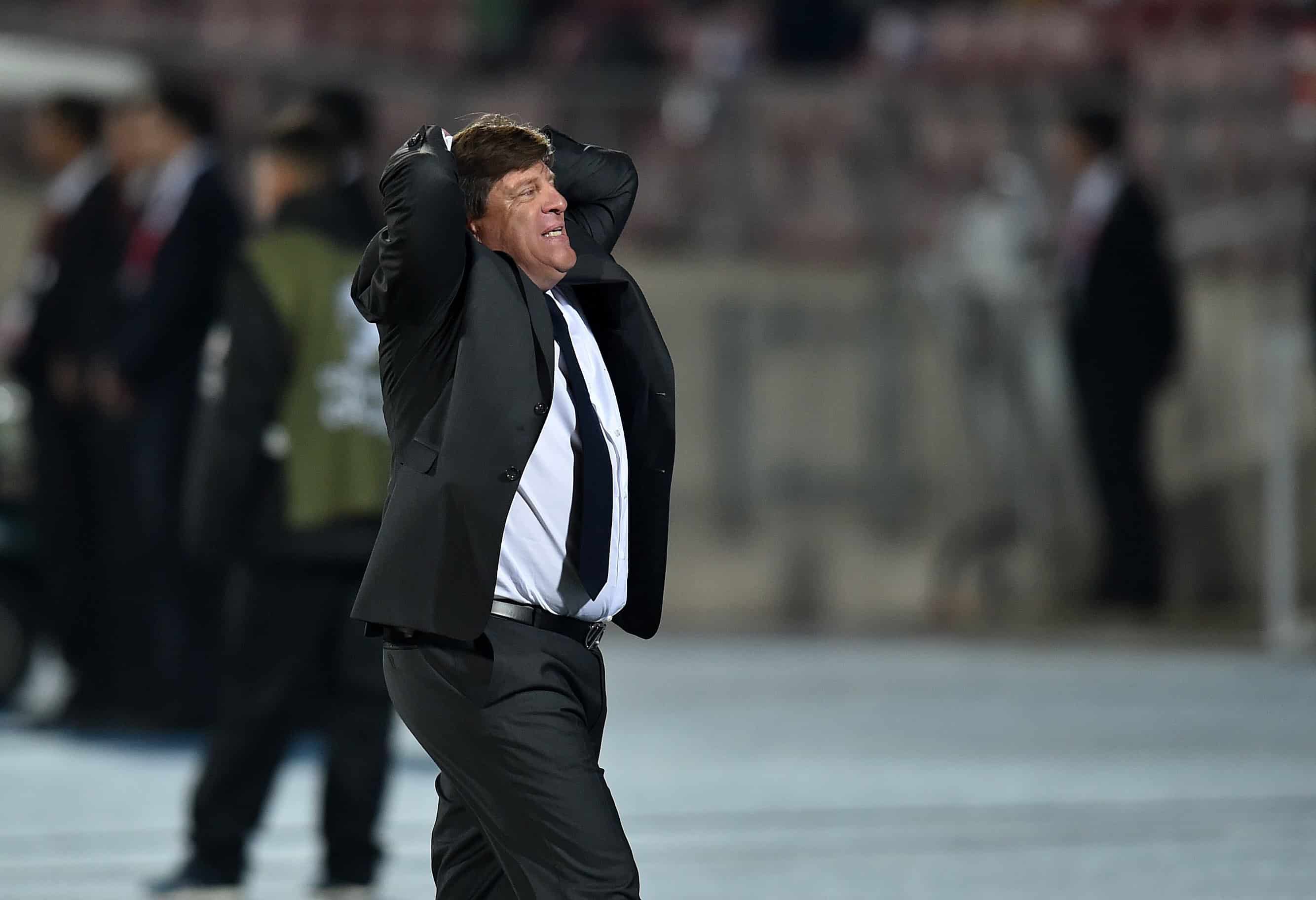 The Mexican Football Federation sacked Miguel Herrera as coach of the national team a day after he was accused by journalist Christian Martinoli of TV Azteca of punching him at an airport. (Rodrigo Arangua/AFP)

Amid a storm of corruption allegations involving the region’s officiating and its perceived favoring of Mexico’s national football team, a divine lightning bolt has struck El Tri. Coach Miguel Herrera was fired Tuesday after he allegedly hit a television reporter at an airport Monday.

The firing comes despite Mexico’s 3-1 victory in Sunday’s Gold Cup final over Jamaica, which succeeded a series of questionable calls in its quarterfinal match against Costa Rica and subsequent semifinal game opposite Panama in the bi-annual Confederation of North, Central American and Caribbean Association Football (CONCACAF) tournament.

Herrera’s reported dispute came against sports commentator Christian Martinoli of Mexico’s TV Azteca. Martinoli said Herrera punched his neck in the security line at the Philadelphia International Airport on Monday, but Herrera denied hitting the reporter, saying he only pushed him.

The reporter had been one of the ex-manager’s most vocal critics during Herrera’s tenure that began in October 2013. At a press conference for the recent Copa América tournament, Herrera alluded to Martinoli as a “coward” and said he looked forward to running into the reporter again.

“The next time we meet I’m going to have an argument with him,” Herrera said. “It’s not that I want to fight him. I just want to debate some things.”

The former coach has become known for his temper, dating back to his days as a player for Mexico. Here is a clip of a younger Herrera holding a pole and needing to be held back in a 1997 brawl that broke out against Jamaica:

In another moment of lost composure, Herrera blamed officiating and called out a referee by sarcastically thanking him immediately following his team’s elimination in the Copa América, where Mexico exited in the group stages without winning a match,

As the winners of the 2015 Gold Cup, Mexico is set to face the United States, CONCACAF’s 2013 champions, on Oct. 9 in Pasadena, California, for a spot in the 2017 Confederation’s Cup.

Costa Rica's decarbonization plan, which seeks to transform the economy through low-emission transport and production systems, will provide the country…