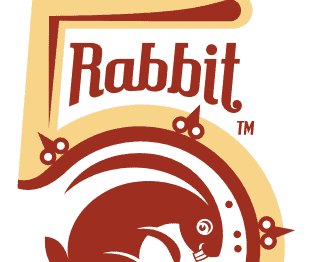 While the fallout, and attention, from billionaire Donald Trump’s derogatory statements about Mexican immigrants continues, one Tico living in the United States is giving Trump the proverbial finger — in liquid form.

A few months back, Tico brewer Andrés Araya had agreed to produce a house beer for the bar at Trump’s Chicago hotel.

“It was an easy-drinking, summer golden ale,” Araya told The Tico Times in a phone interview. His Chicago brewery, 5 Rabbit Cervecería, finished making 60 barrels of it a few weeks before Trump announced his presidential candidacy.

When Araya got wind of Trump’s comments suggesting that most Mexican immigrants are drug traffickers and rapists, he talked to his wife and his Mexican business partner, Champi Garza, and they decided to pull out of the deal with the Trump bar.

“We didn’t want to do business with people who make those kinds of statements, which go against everything we believe,” Araya said.

Instead, 5 Rabbit took the remaining barrels and offered them to restaurants and bars around Chicago under a new, albeit informal, name: “(Spanish expletive starting with ‘C’) tu pelo,” in reference to the billionaire’s mop.

It was a hit; they found buyers in a matter of hours.

“The support has been overwhelming,” Araya said.

He attributed this, in part, to the fact that so many Latinos work in Chicago restaurants and bars.

“Latinos are the backbone of this industry,” he said.

Still, Araya said he would have had the same reaction if Trump had been talking about Japanese people or people from any other country.

“It’s just bad,” Araya said of Trump’s comments, “no matter who it was directed towards.”

The Donald hasn’t backed down from his comments, though he has clarified that he means immigrants who cross the border illegally — not all immigrants — are the ones causing problems.

At a speech in Las Vegas on Saturday, Trump brought a man on stage whose son was allegedly killed by an undocumented immigrant.

But even Trump’s own people are reportedly distancing themselves from his harsh rhetoric. The head of the Republican National Committee reportedly called Trump recently and asked him to tone it down, according to The Washington Post.

Or course, plenty of people agree with Trump. Araya said he and his brewery have received angry calls and emails, accusing them of supporting illegal immigration.

“We just ignore them,” he said.

In the meantime, if you’re in the Chicago area and want to try 5 Rabbit’s rebranded Trump beer, you better hurry up — Araya said they won’t be making another batch. And they certainly won’t be putting the beer’s revised name on any bottles.

You can, however, buy a commemorative t-shirt. All profits will go to the International Latino Cultural Center of Chicago.

The shirts I designed for @5RabbitBrewery are here! They'll be available at the brewery starting Thursday pic.twitter.com/u4uRnnM27H

Costa Rica has extended its entry restrictions in response to the coronavirus pandemic until April 30. Through at least the…

Costa Rica is studying international actions to monitor Nicaragua's response to the novel coronavirus, as the government has not ordered…

Zara Palmer / Toucan Rescue Ranch - Apr 05, 2020
Do NOT follow this link or you will be banned from the site!