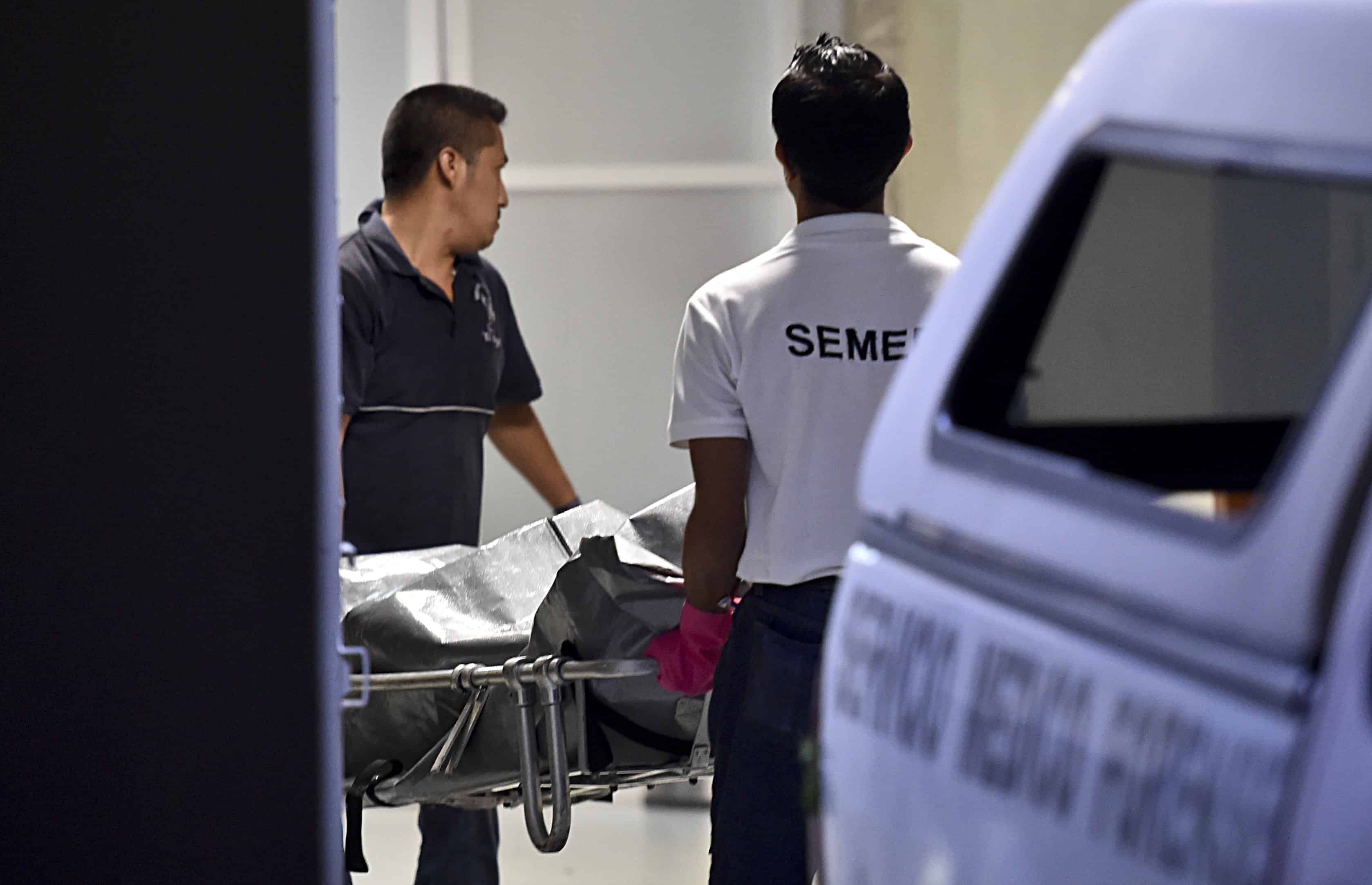 Forensic workers unload bodies at the Iguala morgue from a mass grave in Pueblo Viejo, in the outskirts of Iguala, Guerrero, on Oct. 4, 2014. Authorities unearthed on Saturday unmarked graves containing a number of bodies on the outskirts of a southern Mexico town where 43 students disappeared after a deadly police shooting last week. (Yuri Córtez/AFP)

IGUALA DE LA INDEPENDENCIA, Mexico – More bodies were pulled out of a mass grave in southern Mexico Sunday as authorities worked to determine if 43 students who vanished after a police shooting were among the dead.

At least 15 bodies have so far been dug out of pits discovered Saturday on a hill outside the town of Iguala, 200 kilometers (125 miles) south of Mexico City, two police officers at the scene told AFP.

The grim find came a week after the students disappeared when municipal police shot at buses they had seized to return home from Iguala, where survivors say they had conducted fundraising activities.

Witnesses say several of the students, who are from a teacher training college known as a hotbed of radical protests, were then whisked away in police vehicles.

Inaky Blanco, chief prosecutor the violence-plagued Guerrero state, said members of Iguala’s police force are part of a gang known as Guerreros Unidos, which is suspected of taking part in last week’s violence.

The site of the mass grave was cordoned off and guarded by scores of troops and police.

Authorities have yet to give an official number of bodies, but an officer at the scene said more were being recovered on Sunday.

Juan López Villanueva, an official from the National Human Rights Commission, said that six pits were found up a steep hill probably inaccessible by car.

The graves were found after some of the 30 suspects detained in the case told authorities about their location, Blanco said. The detainees include 22 police officers and gang members.

If the bodies are confirmed to be those of the students, it would be one of the worst slaughters that Mexico has witnessed since the drug war intensified in 2006, leaving 80,000 people dead to date.

‘Land of the wicked’

Three students were killed the night of the shooting.

Another three people died when police and suspected gang members shot at another bus carrying football players on the outskirts of town.

A survivor said in an interview that the officers took away 30 to 40 students in patrol cars.

In addition to arresting 22 local officers, prosecutors have issued an arrest warrant for Iguala’s mayor, who has fled.

In Pueblo Viejo, a hamlet surrounded by forests and mountains, a resident said the region is dominated by a drug gang and that he had seen municipal police officers going up the hill in recent days, before authorities discovered the mass grave.

“They were going up there back and forth,” said the resident, José García, pointing to a location between two mountains where the graves were found. “This is the land of the wicked.”

Governor Ángel Aguirre appealed for calm in his state, which is mired in poverty, gang violence and social unrest.

“I call on all [Guerrero state residents] to maintain harmony, non-confrontation, and avoid violence,” he said late Saturday, offering his support to the families of those who were “savagely massacred.”

The police’s links to organized crime has raised fears about the fate of the students in a country where drug cartels regularly hide bodies in mass graves.

Around 30 bodies were found this year in mass graves in Iguala, alone.

“We are very worried. The families are very anxious,” said Vidulfo Rosales, a human rights lawyer representing relatives of the missing.

The United Nations has called the case “one of the most terrible events of recent times.”