What you need to know about GMOs in Costa Rica 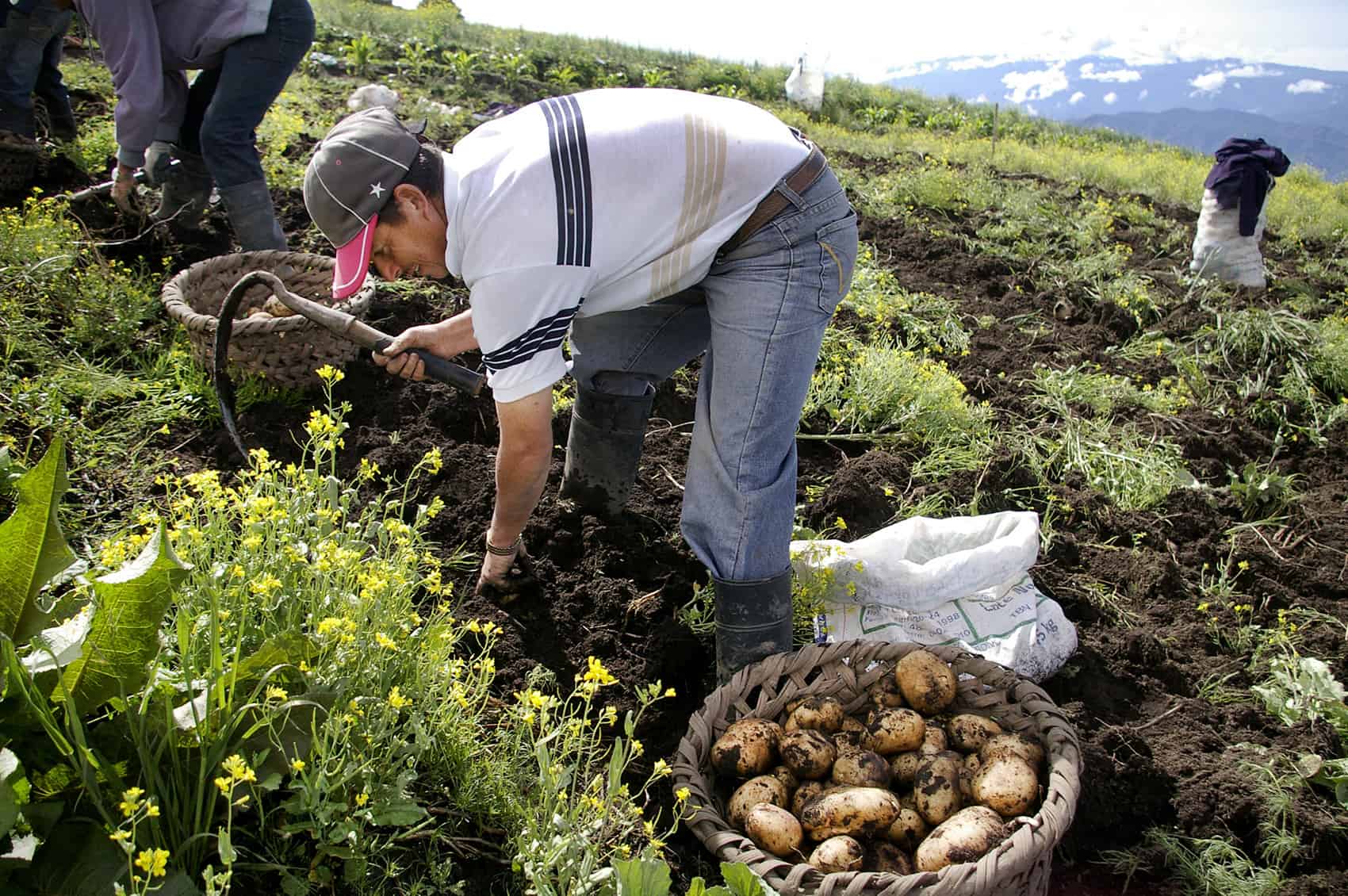 Experts say GMOs affect not only the environment but also small farmers by forcing them to pay for intellectual property rights. (Alberto Font/Tico Times)

If you’re a little confused about what GMOs are and why lots of people say they’re bad, welcome to the party.

Do protesters have a point? Isn’t Monsanto already here? And how is that possible if Costa Rica is mostly GMO-free?

Let’s back up and answer some questions about GMOs.

What are genetically modified organisms and why do companies produce them?

“Genetically modified organism” is a blanket term referring to a living thing with altered DNA via genetic engineering. Scientists often experiment with the genetic material of plants and animals by removing or manipulating certain genes to better understand what those genes do.

Some GMO critics oppose genetic modification in any form, but the most controversial aspect involves the altering of crops for consumption.

Biotechnology companies genetically modify crops to be resistant to pests, drought, stress and the application of herbicides. Some crops also have been modified to become more nutritious, and others to produce their own herbicides.

A wide range of studies exists, both supporting and refuting the benefits of GMOs. Some show that modifications lead to higher crop yields and a drop in pesticide use. Others contradict those findings. Still more studies say that herbicide-resistant crops enable farmers to use milder herbicides. Biotech companies promote these benefits by claiming GMOs could be a solution to global food shortages as populations increase.

Monsanto, the world’s most profitable biotech company, uses this tagline: “Feeding the world.”

Protesters sit outside Costa Rica’s Legislative Assembly on Oct. 16 prior to the introduction of a GMO moratorium bill.
Alberto Font

Who opposes GMOs and why?

Environmentalists, health advocates and agricultural labor groups are the primary opponents of GMOs. Most of the arguments against genetically modified food focus on three issues: patent control, health risks and the spread of “monoculture” and industrial farming.

When a biotech company develops a genetically modified seed, it secures a patent for that intellectual property. The company then owns the rights to its seeds.

Farmers who buy Monsanto’s seeds sign a contract agreeing not to save the seed after harvest. This locks those farmers into a cycle of purchasing seeds year after year, while other farmers save their seeds and have no additional expense.

The controversy with GMO patents first emerged in 1997 when Monsanto sued Canadian farmer Percy Schmeiser for saving and reusing Monsanto seeds he discovered on his farm. Canada’s Supreme Court ruled in favor of Monsanto, and the company pursued 145 similar lawsuits in the United States from 1997 to 2012.

Some GMO opponents claim that Monsanto and similar companies sue farmers over accidental pollination from nearby farms. Although in some cases, including Schmeiser’s case, farmers said their crops were unintentionally cross-pollinated with GMO seeds, it was never proven. In all cases, the farmers were shown to have intentionally saved and reproduced the seed.

Scenarios that theoretically could involve accidental pollination have yet to be tested in court. It is possible that a biotech company could sue a farmer for failure to eradicate crops that were accidentally contaminated by GMOs, but to date none of these cases have been pursued in court.

Many health food proponents claim that eating genetically altered foods carries hidden health risks, but a number of major health organizations – the American Medical Association, the National Academy of Sciences and the European Commission among them – have ruled GMOs safe for human consumption.

There are several published studies, however, that suggest GMOs could have long-term consequences. An oft-referenced study by University of Caen Professor Gilles-Éric Séralini showed that rats fed a diet of Monsanto’s genetically modified corn died earlier than control rats and in some cases developed cancerous tumors. Despite the findings, the European Food Safety Authority and a number of independent scientists have pointed to flaws in the study.

One of the Costa Rica’s most outspoken GMO opponents, Fabián Pacheco, center, is a member of both the Bloque Verde conservation group and the National Biosecurity Commission. Pacheco was one of only two votes against Mansanto’s proposed GMO corn project.
Alberto Font

Spread of monoculture and industrial farming

The greatest environmental and socioeconomic concern with GMOs is a shift from traditional, multi-species agriculture to industrial, monoculture farming.

Reusing the same seed of a given crop on every farm eliminates the genetic diversity of traditional farming. Opponents say unforeseen chemical-resistant plagues and pests of the future could take out an entire species of crop in a monoculture system, whereas a more biologically diverse approach would allow for the proliferation of naturally genetically resistant crops.

“Monoculture depends on the use of agro-chemicals in order to function. These can harm local crops and wildlife,” said Ignacio Arroyo, a biologist and member of Bloque Verde, a Costa Rican environmental group. “It can reduce the fertility of the soil. It could lead to the development of resistant weeds and pests. It just seems irrational.”

In addition to environmental consequences, anti-GMO groups oppose socioeconomic inequities created by industrial farming. Opponents view corporate farming as a shift of agricultural control from the hands of rural farmers to wealthy companies.

“Agriculture in Costa Rica should be managed by Costa Rican farmers, not a Gringo mega-corporation,” said Bloque Verde’s Fabián Pacheco, who also is a member of the National Biosecurity Technical Commission, a Costa Rican regulatory body.

What are Costa Rica’s laws regarding GMOs?

Municipal governments enacted local GMO production bans in the past year, with 63 of Costa Rica’s 82 cantons prohibiting GMOs in some form. Despite the bans, no national laws specifically prohibit GMO growth and production in Costa Rica. This means that GMO projects sanctioned by the Agriculture and Livestock Ministry (MAG) can move forward, even in cantons with a municipal ban.

Projects are approved or denied on a case-by-case basis by the National Biosecurity Technical Commission. The commission bases its decisions on technical requirements established by the Cartagena Protocol on Biodiversity, an international agreement from 2003 that established norms for GMO risk assessment and management. The nine-member Costa Rican commission is made up of industry leaders and scientists. Environmentalists are given two seats on the commission.

MAG oversees the importation of GMO crops to Costa Rica. There are no national laws prohibiting GMO sale or consumption, and there are no laws requiring GMOs to be labeled.

What GMOs are being produced in Costa Rica?

MAG approved Monsanto’s first project in Costa Rica in 1991. The company began growing genetically modified soybeans and cotton, but only to create seed for export. To date, none of the GMOs produced in Costa Rica are licensed for consumption.

As of January, Costa Rica had 443.1 hectares of genetically modified crops. Cotton plantations made up the majority, with 394.3 hectares, followed by soybeans with 44.6 hectares. A single 3.2-hectare pineapple plantation and a 1-hectare banana plantation also are located in Costa Rica.

If GMOs have been in Costa Rica for more than 20 years, why is there so much opposition now?

Corn has long been at the center of the GMO debate because it pollinates using the wind, making it vulnerable for cross-pollination with non-GMO corn. In an attempt to quell environmentalists’ worries, Monsanto pointed to a requirement that would separate GMO corn plantations from non-GMO plantations by at least 50 meters.

“The pollination of corn cultivations is open, but studies have shown that nearly 100 percent of the pollen falls within 50 meters from the plant that emitted it,” D&PL Semillas spokeswoman Eva Barbosa told The Tico Times last November.

A study conducted by the University of Costa Rica conflicted with Monsanto’s claims, finding viable corn pollen as far as 800 meters from the original crop.

In January, the National Biosecurity Technical Comission approved D&PL Semilla’s request, despite opposing votes from the commission’s two environmentalist members. The request from Semillas del Trópico S.A. was denied because it did not meet commission requirements.

What is the status of those corn projects today?

Following complaints from environmental groups and citizens, the Costa Rican Ombudsman’s Office filed a lawsuit challenging the constitutionality of the approval of Monsanto’s request.

The lawsuit throws into question the process by which GMO requests are approved. It also states that the Costa Rican Constitution requires GMO projects to include an environmental impact assessment before approval, and urges the courts to modify the law that allowed GMOs into Costa Rica in the first place. Costa Rica’s Constitutional Chamber of the Supreme Court, or Sala IV, will hear the case.

The impending lawsuit has halted any action on Monsanto’s corn project until the court ruling.

What else are opponents doing to stop GMOs in Costa Rica?

However, these actions can’t be enforced without a court ruling or a new national law. To combat this, lawmakers introduced an environmentalist-backed bill on Oct. 16 that would place a moratorium on GMO expansion.

The Ecologist Federation, Bloque Verde and the Network for a Transgenic-free Latin America helped draft the bill, which is supported by the Citizen Action Party and the Broad Front Party in the Legislative Assembly.

If passed, what will the moratorium bill mean for GMOs in Costa Rica?

The moratorium would not ban GMOs in Costa Rica or have any effect on the GMO farms already in the country. It would prevent expansion of GMO projects (including Monsanto’s approved corn project) and would require that scientific studies involving genetic modification take place in a contained area.

The bill’s fourth article also would require the state to begin expanding and encouraging “eco-agronomic practices” through political policies, education and technical assistance. This article would require that the state include the development of these ecological farming practices in the National Development Plan.

Though the law would not halt GMO use, Crop Life, a pro-biotechnology organization, told The Tico Times that it would effectively “paralyze agricultural development in GMO plants” in the country.

Could Costa Rica completely ban GMOs in the future?

Although many GMO opponents claim that Costa Rica is nearly GMO-free due to municipal bans, the reality is that the country is no closer to completely banning genetically modified food than it was before the bans.

Only the outcome of the court battle in the Sala IV could make Costa Rica GMO-free. If the court rules in favor of the Ombudsman’s Office, it could lead to a constitutional ban on GMOs. But it could also lead to a less restrictive outcome.

Even with a ban on GMO growth, the Sala IV case does not address GMO importation and consumption.