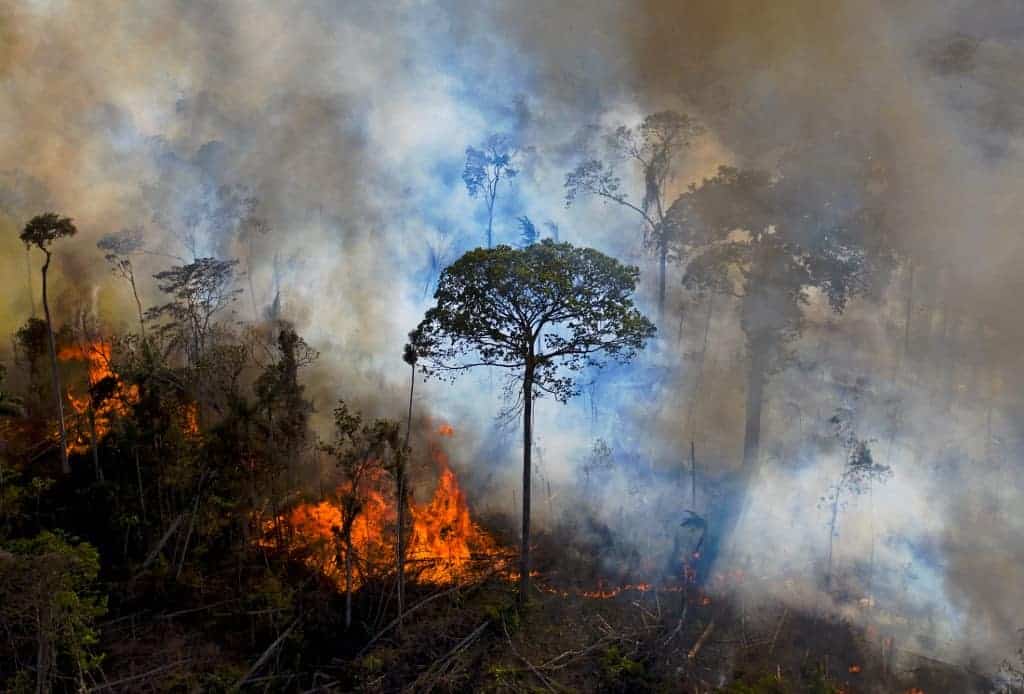 The number of forest fires in the Brazilian Amazon hit a nearly 15-year high this week, according to official figures that provided the latest warning on the advancing destruction of the world’s biggest rainforest.

Satellite monitoring detected 3,358 fires on Monday, August 22, the highest number for any 24-hour period since September 2007, according to the Brazilian space agency, INPE.

The number was nearly triple that recorded on the so-called “Day of Fire” — August 10, 2019 — when farmers launched a coordinated plan to burn huge amounts of felled rainforest in the northern state of Para.

Then, fires sent thick gray smoke all the way to Sao Paulo, some 2,500 kilometers (1,500 miles) away, and triggered a global outcry over images of one of Earth’s most vital resources burning.

There is no indication that Monday’s fires were coordinated, said Alberto Setzer, head of INPE’s fire monitoring program. Rather, they appear to fit a pattern of increasing deforestation and burning, he said.

In Brazil, the so-called “arc of deforestation” has been advancing. “The regions where the most fires are occurring are moving farther and farther north,” Setzer told AFP.

“The ‘arc of deforestation’ is undoubtedly evolving.” August is typically when fire season starts in earnest in the Amazon, with the arrival of drier weather.

This has been a worrying year so far for the forest, a key buffer against global warming: INPE detected 5,373 fires last month, up eight percent from July last year.

And with 24,124 fires so far this month, it is on track to be the worst August under President Jair Bolsonaro — though well below the 63,764 fires detected in August 2005, the worse for the month since records began in 1998.

Bolsonaro, an agribusiness ally, faces international criticism for a surge in Amazon destruction on his watch. Since he took office in January 2019, average annual deforestation in the Brazilian Amazon has increased by 75 percent compared to the previous decade.

The far-right president rejects that criticism.

“None of those who are attacking us have the right. If they wanted a pretty forest to call their own, they should have preserved the ones in their countries,” he wrote on Twitter Thursday.

“The Amazon belongs to Brazilians, and always will.”

But with Bolsonaro running for reelection in October, the destruction risks accelerating, said Ane Alencar, director of science at the Amazon Environmental Research Institute (IPAM).

“We know from previous years that there is a link between elections and deforestation,” with officials and enforcement agencies distracted by the campaign, she said.

This year, “we have high rates of deforestation… and there are still lots of felled trees waiting to burn.”