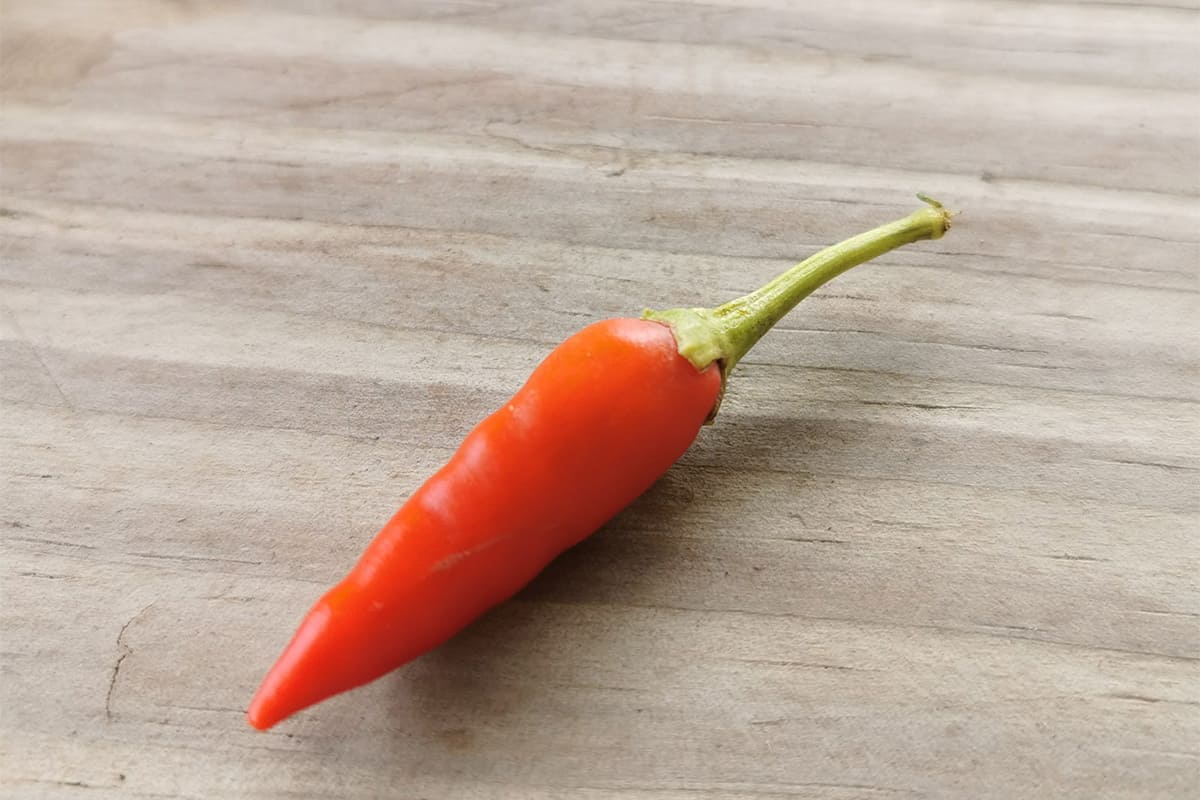 Locals refer to this popular, backyard garden chile plant as OMNIS or UFOS, and they’re certainly the most curious of all the chiles I’ve seen. Also, they are super sweet! What impresses me most, though, is how these hardy plants grow in the tropical garden, and the amazing production we’ve had.

They belong to a race of sweet chiles called Capsicum annum. The other race we all know is the hot chile or Capsicum frutesens. These chiles are native to Mexico, Central America and South America, and the diversity in different types is amazing.

The chiles are also called “peppers,” which Columbus called them after Indian black pepper of the Old World tropics. Pepper seeds were carried to Spain in 1493, and from there, spread to other European, African and Asian countries. From these original sweet chiles that were planted in Europe came most of the sweet peppers we know today.

Bell peppers were later developed by plant breeders in the U.S. During this process, breeders selected plants that adapted best to the conditions in northern climates.

Unfortunately, these northern varieties often grow poorly here, because they have lost their genetic code for the tropics. Northern bell peppers are sensitive to excessive water and high temperatures, which makes them very difficult to grow here without lots of agrochemicals to protect them.

One the other hand, native sweet and hot chile peppers grow so well in the home garden, they need none of these products. Using only natural products you make at home, you can have dozens of fresh chiles from these bushes every day for several years!

Seeds can be started in flats, and when the seedlings are several inches tall, they can be transplanted to cups or pots with rich potting soil. Two weeks later, they can be planted in a permanent site in the garden or in 5-gallon plastic containers (hopefully recycled) with several holes drilled in the bottom. The later is ideal for indoor planting on sunny porches.

Prepare the soil with good compost fertilizer. Small amounts of limestone and wood ashes can be used occasionally as a top dressing with compost tea. These shrubs last several years and can produce a steady supply of peppers for the family.

Hardy native varieties are resistant to bugs and diseases, however, occasional insect attacks can be controlled with a natural insect spray made from a mix of baking soda, soy oil, vinegar and glycerin soap (1 tbs. each) blended in 5 cups of warm water. A small hand aspirator can be used to spray this mix, which works well on all your vegetable and ornamental plants.