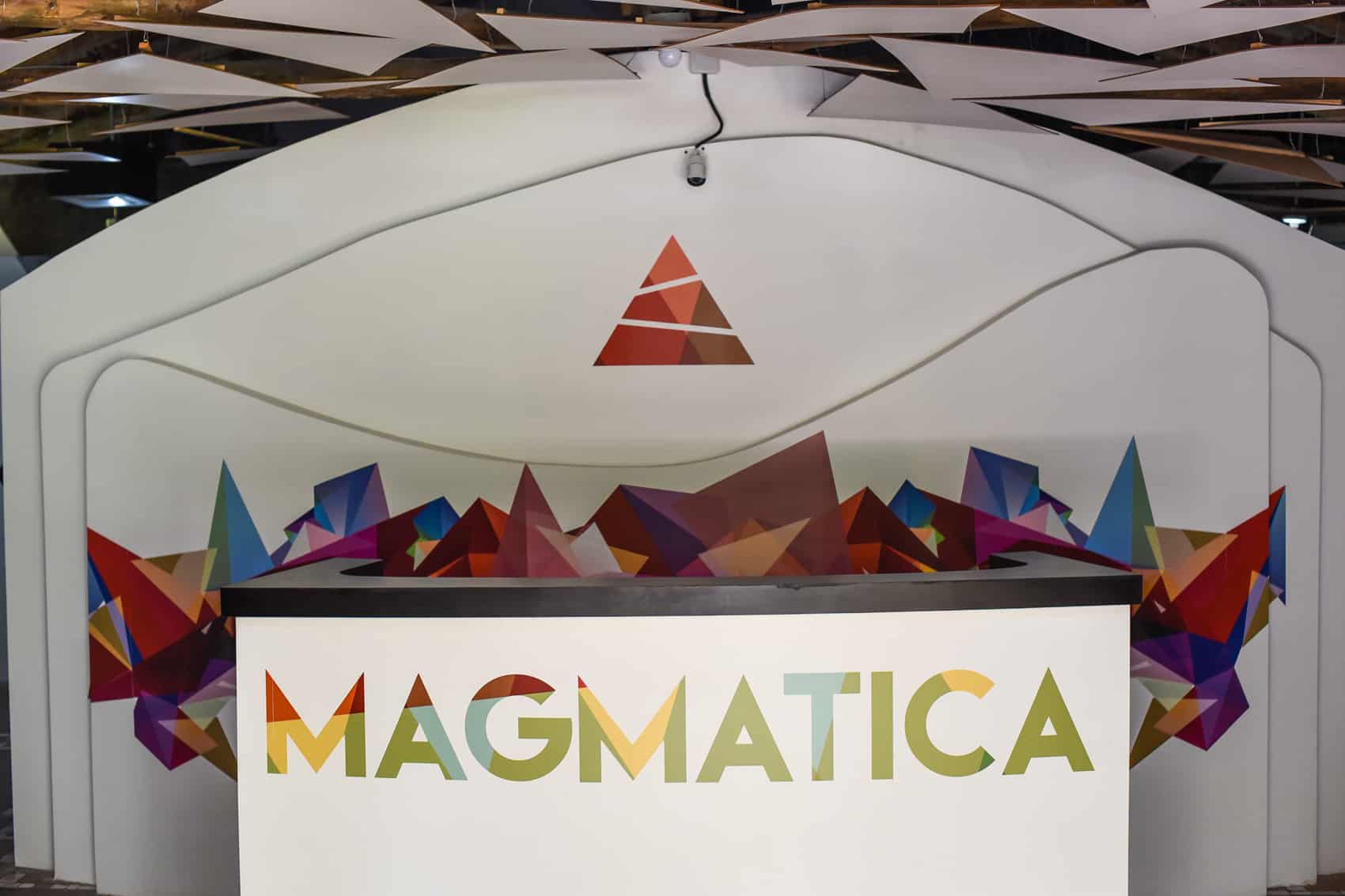 The folks behind earthquake simulator Magmática hope it will shake you up – and leave you thinking. (Alberto Font/The Tico Times)

Ever wonder what it was like to live through one of Costa Rica’s most fearsome earthquakes? A new educational project and tourist attraction in Cartago, the old colonial capital east of San José, gives you just that opportunity. Of course, “Magmática,” located on the road to Irazú Volcano, has a broader objective as well: to help people learn about Costa Rica geological history, biodiversity and earthquake prevention, and have fun at the same time.

“Our educational system suffers many failures, including high dropout levels and infrastructure problems,” said Marcela Calvo, president of Magmática, during the inauguration ceremony. “We want to contribute. … This project is an educational alternative for students, as we cover  topics they study in subjects as social studies and science, … teaching these topics  in an entertaining, innovative and fun way.” Visitors to Magmática learn how Costa Rica’s location has made it a biological bridge between South and North America. With the help of interactive screens, users can play with a toucan or a whale to better understand their behaviors and habitats; videos and instructors help visitors learn about the geological formation of the continents and how volcanic and seismic phenomena affected the formation of Costa Rica. The exhibits also explore the relationship between indigenous legends and the country’s volcanoes.

“Approximately two years ago, we were thinking that Cartago needed something different and complementary to its existing tourist attractions. We also wanted to offer fun and education to both national and international visitors,” Calvo said. “We have become a desirable tourist destination in the world, and it’s because of our natural and cultural beauty. With Magmática, we put these elements together.”

The earthquake simulator that concludes the tour recreates the magnitude-6.4 earthquake that took place in 1910 in the city of Cartago, known as “Santa Mónica’s earthquake.” The event resulted in as many as 700 deaths and left the city of Cartago in ruins, and became a milestone in terms of inciting many of the prevention methods that eventually affected the entire country. The simulator also will be able to reproduce some other important historical earthquakes, such as one in Limón in 1991 (magnitude-7.6) and Chile 2010 (magnitude-8.8). Magmática’s objective with the simulator is to increase prevention awareness.

“The earthquake simulator, more than an adventure, is meant to sensitize people to take preventive measures and actions in our homes and communities toward this kind of situations,” Calvo added. “I hope people can come and experiment earthquakes with other eyes – the eyes of prevention.” Representatives from the Tourism Ministry, Education Ministry, National Emergency Commission, Volcanological and Seismological Observatory of Costa Rica, and the municipalities of Cartago and Oreamuno were present at the Oct. 1 inauguration.

“Tourism is really important for Cartago,” said Mayor Rolando Rodríguez. “It is an element that we haven’t developed in a stong way. That’s why the Cartago Chamber of Commerce, Industry and Tourism, in conjunction with the Municipality of Cartago and other actors, are pursuing a strategy to explore all of the beauties of Cartago.”

Magmática also offers a classic Costa Rican restaurant, mini-football field, souvenir store and green zones. It is located 600 meters east of the Carmen Bridge, on the way to Irazú Volcano in Cartago. Tours cost $15, or $10 for kids and students. For more information, call 2552-0304, or visit the Magmática Facebook page.