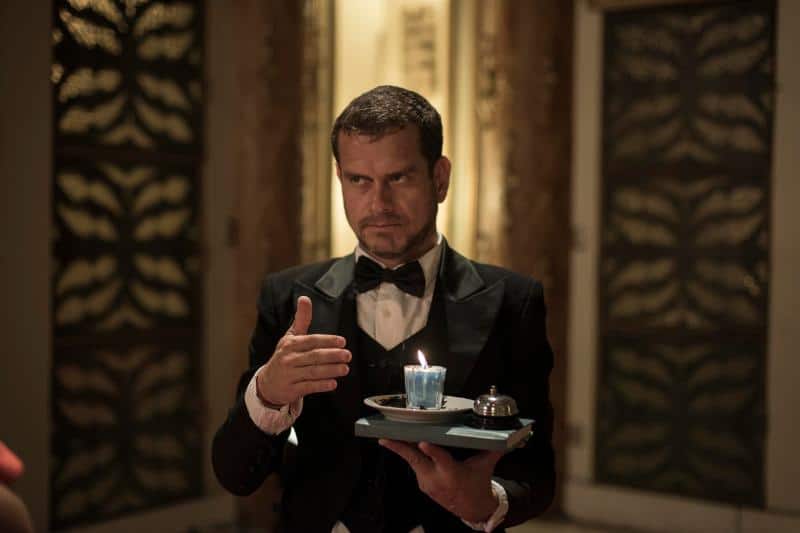 A fresh take on a Jean-Paul Sartre classic opens its doors tonight: “A Ciegas,” an adaptation by Sergio Barboza and Maud Le Chartier of Sartre’s existentialist play known as “Huis Clos,” which has been performed in English translation under titles including “No Exit” and “Behind Closed Doors.”

The original play shows three characters entering the afterlife: they are brought one by one to a room in what appears to be hell, and are locked inside by a mysterious valet. Joseph Garcin, Inès Serran, and Estelle Rigault have committed terrible sins, and expect to find a torturer inside the room – but gradually realize that they themselves are each other’s punishment. They have been brought together because they will inevitably make each other miserable.

Le Chartier, a French actress who has lived in Costa Rica for approximately seven years and who co-directs the adaptation with Costa Rican actor Mitto Gutiérrez, told The Tico Times her adaptation with Barboza puts a new spin on the famous work.

“In the original play, the characters go to hell. In our adaptation, they are dead, but there are no references to hell – only the famous phrase ‘Hell is other people,’ which we wanted to keep. There’s also a character who appears only at the beginning of the play in the original; we have developed that character much more throughout the play in the adaptation,” Le Chartier said. “We have also gone broader with the time frae, as it is originally contextualized in the 40s, and also the place, because the original play was clearly written for a French context. Nevertheless, the narrative structure, the characters and their trajectories, and the existentialist message about facing the responsibility of our own acts are all present in our adaptation.” “It is a play that really called my attention when I was in high school, but when I read it again I realized I had forgotten many details. Nevertheless, I didn’t feel identified with the whole approach of the play, so I had the idea of making an adaptation with a more personal criteria,” added Le Chartier, who has participated in a wide range of plays in Costa Rica including “Pájaros Tristes”, “Naturaleza Humana,” “Línea infinita” and”El Sueño de Unos Reyes.” Director Maud Le Chartier. (Courtesy of “A Ciegas”)
“It was a quite interesting process, with a really committed cast. We were working for approximately seven months. It was a time of exploring the acting work deeply, and work with the actors to get into their characters,” said Le Chartier. “The co-direction with Mitto Gutiérrez was pretty interesting. He has a more corporal methodology to create the characters: to separate from the text, to explore the characters with a different perspective, and then come back to the words.”
The play will be performed at the Casa Museo, in Barrio Amón, a classical structure built at the beginning of the twentieth century by the Gurdián Agüero family. Mireya Gurdián Agüero – a Costa Rican educator, renowned painter, and daughter of the original owners -decided to redesign the house’s facade in the seventies: the design was inspired by French, English, American and Aztec architecture, creating what has been called a “mestizo style.”

Gurdián lived in the house until 2000. After she left the house, it was in state of abandonment for eleven years. During this time the house deteriorated and was declared uninhabitable. In 2011, painter Nathalie Robin and designer Jean Marc Steylemans saved the house and decided to turn it into a museum. Today, after four years of work and investment, the building is a stunning art piece in the center of San José. Casa Museo is the mysterious setting for the play. (Courtesy of Casa Museo)

“The place was something essential for the play, because of the mystery it creates. The Casa Museo is a wonder, and it seemed pretty interesting to us to give people a chance to get to know this beautiful artistic project,” Le Chartier explained.