The highest tides of the year along Costa Rica’s Pacific coast caused flooding in the province of Puntarenas in the early hours of Tuesday and Wednesday.

The Red Cross reported that more than 200 houses were flooded early Tuesday morning in central Puntarenas and also in Osa and Golfito as high tides surpassed 3 meters (10 ft.).

At least 120 houses were flooded Wednesday, mostly in downtown Puntarenas, Chacarita, El Invu, El Carmen, and El Cocal. The flooding started at around 4:00 a.m., with water levels reaching some 3.50 meters (11.5 ft) in some areas.

Omar Lizano, top oceanographer with the University of Costa Rica’s Marine Sciences Research Center (MIO-CIMAR), said the high tides were due to the nearness of the moon to the Earth, and of the Earth to the sun.

Lizano noted that a similar situation occurred 18 years ago, and coincidentally when the country was also under the influence of an El Niño weather phenomenon. 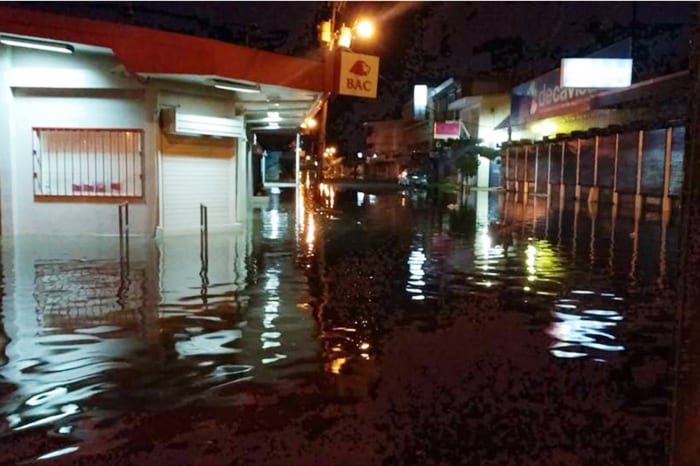 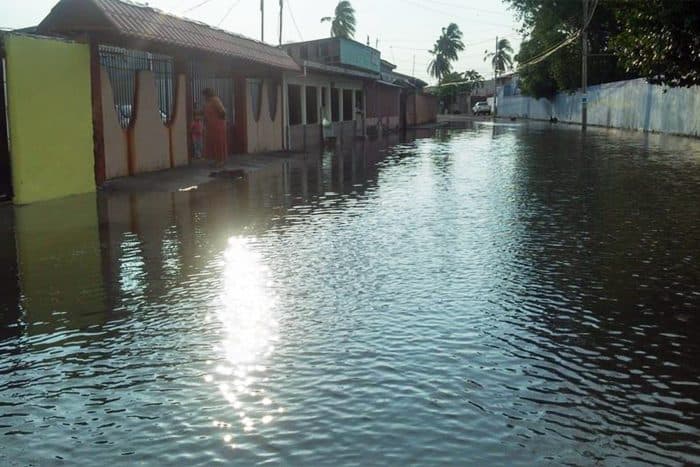