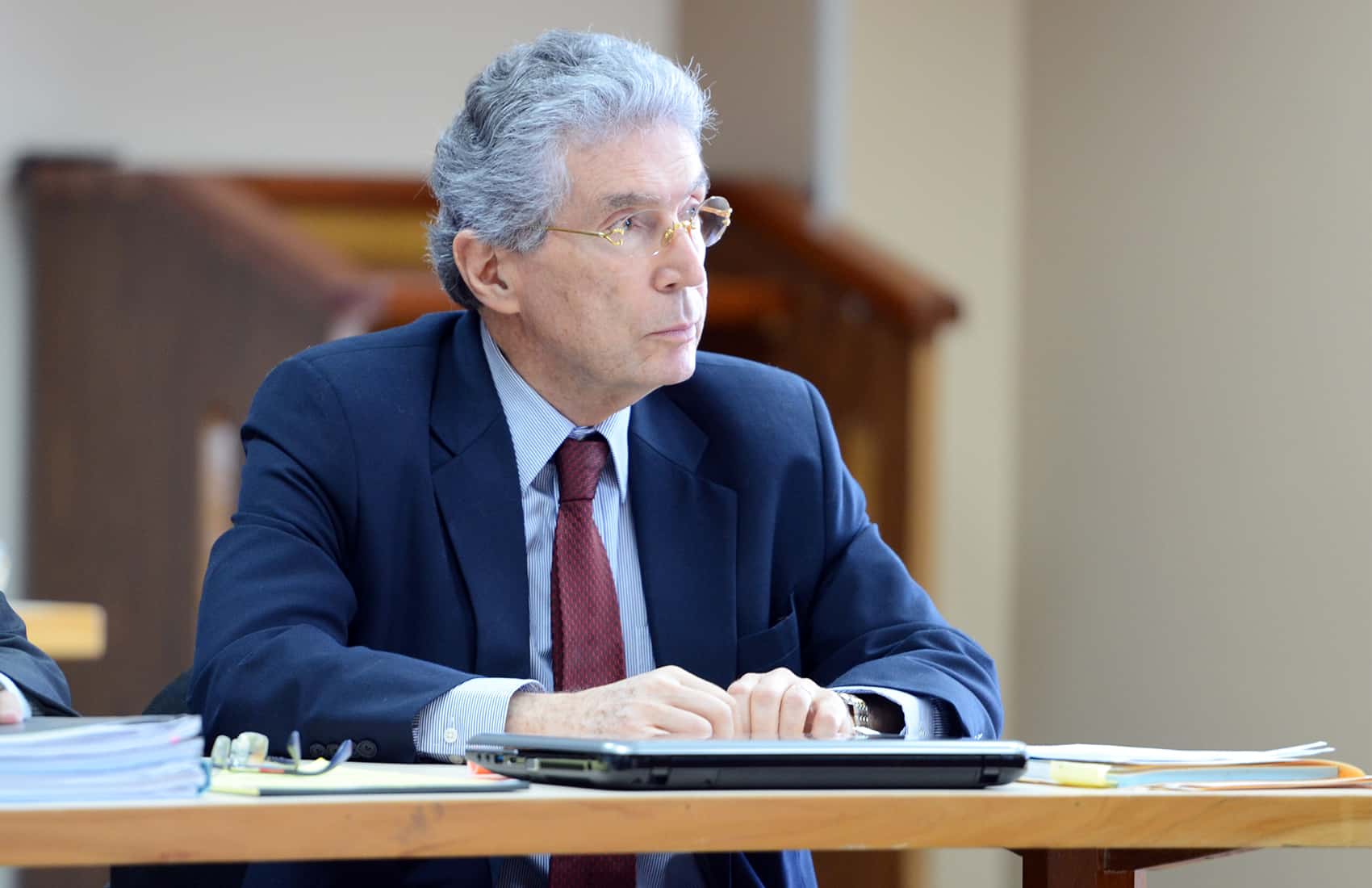 Former Environment Minister Roberto Dobles said he only signed a decree approving the Infinito gold mining concession drafted by the ministry’s legal department, trusting it to be in order. (Alberto Font/The Tico Times)

A criminal court in San José on Wednesday sentenced former Environment Minister Roberto Dobles Mora to a three-year suspended sentence for breach of public duty in granting the British Columbia-based mining company Infinito Gold an open-pit gold mining concession in Crucitas, in the northern Alajuela canton of San Carlos, in 2008.

However, Dobles, who was minister during the administration of President Óscar Arias Sánchez from 2006-2010, will not serve that prison time because the court granted him probation of five years. He also was banned from holding public office during that same period.

Judge Mercedes Muñoz said the tribunal sentenced Dobles because “he issued a decree of national interest based on false facts.” The tribunal acquitted six other defendants in the case, saying their authorization of the decree under Dobles’ orders “was not unlawful.” Defendants included officials from the Environment Ministry’s National Technical Secretariat, the Agriculture Ministry and the Health Ministry.

Then-minister Dobles in October 2008 signed a public interest decree granting Infinito a concession to extract 1 million grams of gold, estimated at the time to be worth some $2 billion.

As he left the court at about noon on Wednesday, Dobles said he was never involved in the drafting of the decree. “I only signed a document drafted by the [ministry’s] legal department, which I trusted to be in order,” he said.

Dobles’ lawyer, Laureano Castro, said he was surprised by the ruling and would appeal.

Prosecutors last month had asked for a 12-year sentence for Dobles and up to six years for the other defendants in the case.

The Crucitas trial began on Nov. 24, 2010, when an Administrative Tribunal asked the Prosecutor’s Office to investigate if any public official had committed a crime during the process that granted permits to Industrias Infinito, the local branch of Infinito Gold.

The company obtained a concession to operate the mine for the first time in 2001, but it was overturned by a ruling from the Constitutional Chamber of the Supreme Court, or Sala IV, arguing that the required environmental impact studies were incomplete.

Prosecutor Natalia Rojas Méndez during the trial argued that the Sala IV’s ruling on the Crucitas case “meant the immediate cancellation of any acquired rights, but officials then proceeded to issue new resolutions that allowed Industrias Infinito to continue pursuing the possibility of moving forward with the project.”

Among those resolutions was Environment Ministry Decree #34,801, which Dobles signed, declaring the Crucitas mining project “of public interest and national convenience.”

That same year permits approved by the ministry also allowed Infinito to remove trees on several hectares of protected forest and aquifers, which was denounced at the time by several environmental groups who took to the streets in protest.