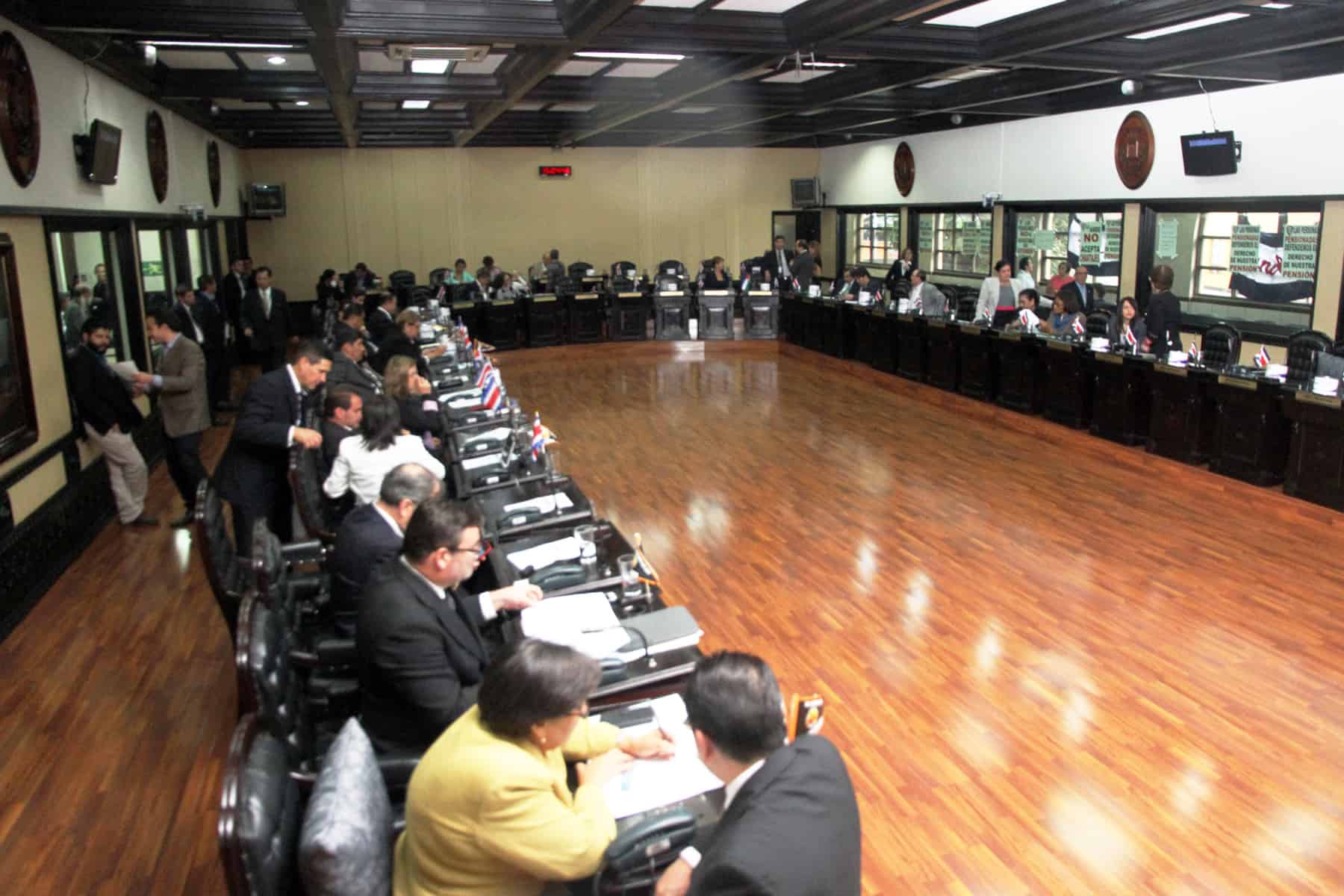 President Luis Guillermo Solís' promise to Social Christian Unity Party lawmakers to control and monitor spending in 2015 helped secure the necessary votes to pass his 2015 budget, which is almost 20 percent more expensive than this year's. ((Courtesy of Legislative Assembly))

After five hours of negotiations and heated discussions, 27 of 49 lawmakers at 8:10 p.m. voted to pass President Luis Guillermo Solís’ budget proposal for next year, in an unorthodox Saturday session at the Legislative Assembly.

Of the ₡7.9 trillion ($14.5 billion) national budget for 2015, ₡4.2 trillion will be financed with general government revenue, while ₡3.7 trillion will require financing. Next year’s budget is nearly 20 percent higher than the spending plan approved last year, and it was adopted in a second and final round of debate just ahead of the Nov. 30 deadline set by Costa Rica’s Constitution.

Its passage was achieved with the support of a majority of lawmakers from the ruling Citizen Action Party (PAC), plus votes from the Broad Front Party (FA), Costa Rican Renovation Party, Accessibility without Exclusion Party, and a change of heart by four Social Christian Unity Party (PUSC) legislators.

That reversal in position was achieved thanks to a letter President Solís sent PUSC’s top legislator, Rafael Ortiz, in which he pledged to implement a series of rules and measures for fiscal responsibility and efficient spending, presented by PUSC representatives at the Financial Affairs Commission during previous discussions.

Ortiz said his party would support Solís’ plan after the president promised to accept their recommendations. He also cited “the need to work together in the interest of the nation.”

Financial Affairs Commission President and PAC legislator Ottón Solís applauded the administration’s decision to accept the PUSC proposals, but remained skeptical. “The government’s fiscal strategy is irresponsible, and Finance Minister Helio Fallas said they would lower the budget’s deficit and they didn’t,” he said after the voting.

Members of the Financial Affairs Commission for the past three months had evaluated several proposals to cut spending. They then voted on the best three proposals, which were sent for consideration before the full Assembly. Lawmakers rejected all three last week.

Despite the deal between the president and some members of PUSC, PUSC lawmakers Rosibel Ramos and Gerardo Vargas voted against the 2015 spending plan, creating friction with the other members of their party.

The budget’s passage can be considered a partial victory for the Solís administration, as a ruling still is pending from the Constitutional Chamber of the Supreme Court, or Sala IV, following a complaint filed Wednesday by 14 lawmakers, led by top Libertarian legislator Otto Guevara.

That complaint questions the constitutionality of Assembly President Henry Mora’s decision to pass the budget draft bill in a first-round debate, despite not having enough votes. Guevara accuses Mora of potentially violating the democratic principle of majority rule.

In a previous 26-25 vote earlier this week, lawmakers rejected the budget proposal in a first-round debate, but Mora passed it anyway, citing Article 178 of Costa Rica’s Constitution, which he claimed mandated the budget’s approval.

Mora argued that because lawmakers voted against all three plans to cut spending in commission, the administration’s proposal was the only one remaining and must be approved.

Sala IV justices now will have one month to determine if Mora’s actions were constitutional.