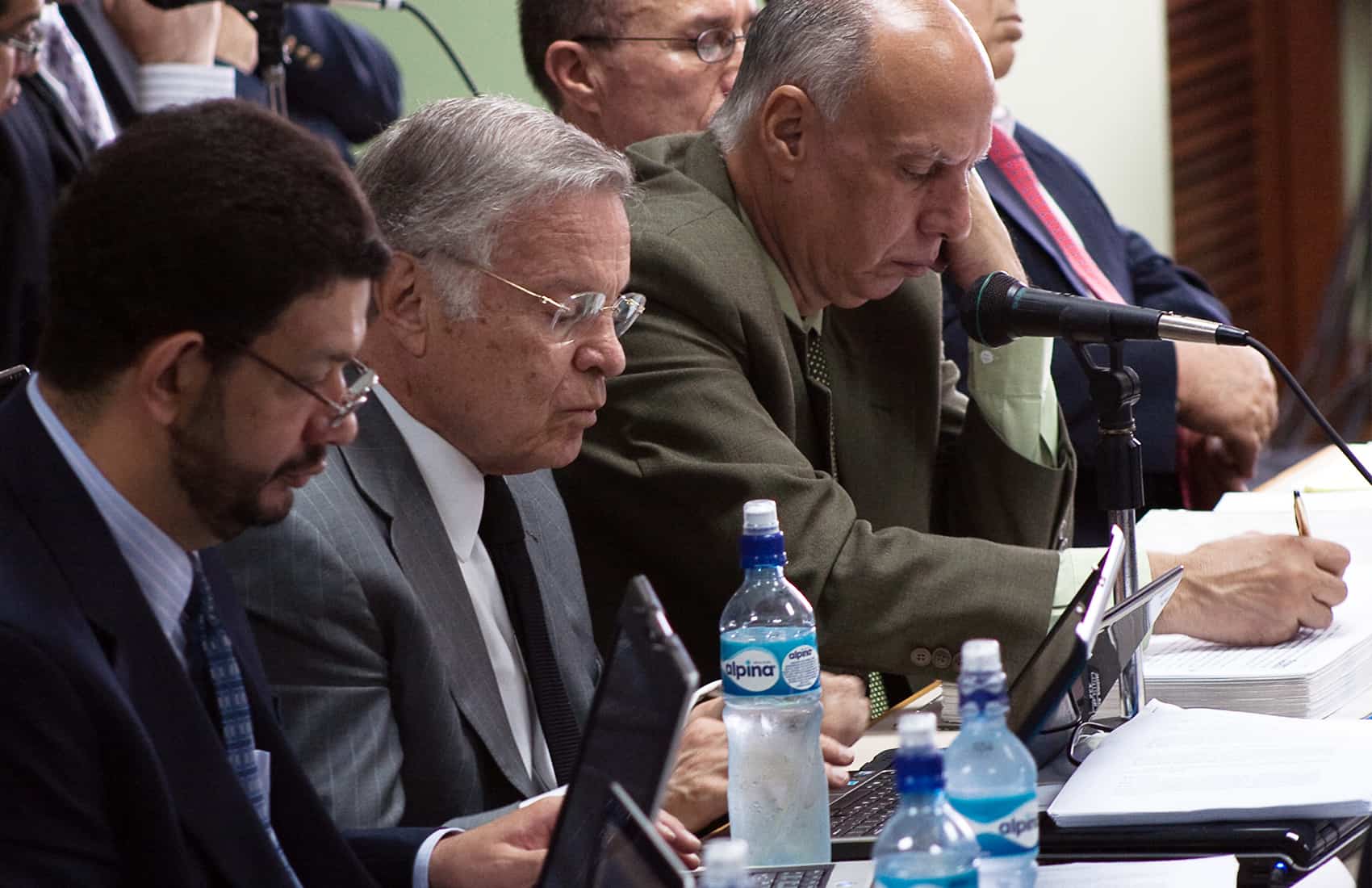 A court of appeals in December 2012 overturned the conviction of ex-President Miguel Ángel Rodríguez on charges that he “instigated corruption” in the ICE-Alcatel case. (Pablo Franceschi/The Tico Times)

Justices of the Criminal Chamber of the Supreme Court, or Sala III, on Friday overturned a 2012 ruling that acquitted Costa Rica’s former President Miguel Ángel Rodríguez Echeverría on charges of influence peddling in a case that made international headlines and forced Rodríguez to step down as secretary-general of the Organization of American States after serving only one month in the post.

Rodríguez served as Costa Rica’s president from 1998-2002. The entire nation watched in October 2004 as Rodríguez was handcuffed and arrested at the Juan Santamaría International Airport as he stepped off a Grupo Taca flight from Washington, D.C. via El Salvador.

Hundreds of Ticos came out of their homes and workplaces to line up on the highway or sit on overpasses between the airport and the Prosecutor’s Office in downtown San José to watch the police caravan.

The investigation involved the Costa Rican Electricity Institute and French telecommunications giant Alcatel, and was known as the ICE-Alcatel case.

Friday’s ruling means that a new court of appeals must now conduct a comprehensive analysis of the conviction of the president in April 2011.

A court at the time found five ICE officials guilty of accepting bribes in exchange for awarding a contract to Alcatel for 400,000 GSM cellphone lines, and Rodríguez, the court said, had instigated the exchange.

Rodríguez was sentenced to five years in prison, but the sentence was overturned by another court, citing the statute of limitations on the charges and errors in handling the evidence during the investigation.

On Friday, Sala III justices in a majority vote stated that “Evidence 588,” known as “the Panama Evidence,” as well as three other key pieces of evidence are indeed valid and should be considered by the court in the case.

Evidence 588 refers to bank accounts in Panama owned by Holding Marchwood Corporation, which prosecutors claimed were used for transferring funds from Alcatel to former ICE board members and Rodríguez’s wife, Lorena Clare.

Rodríguez and all five former ICE officials will be included in the new investigation by a court of appeals.

According to the daily La Nación, Rodríguez’s attorney, Christia Arguedas, said in a press release that the Panama evidence does not affect the ex-president’s situation because “it does not refer to any of Rodríguez’s actions.”

Rodríguez has always maintained he is innocent of the charges.