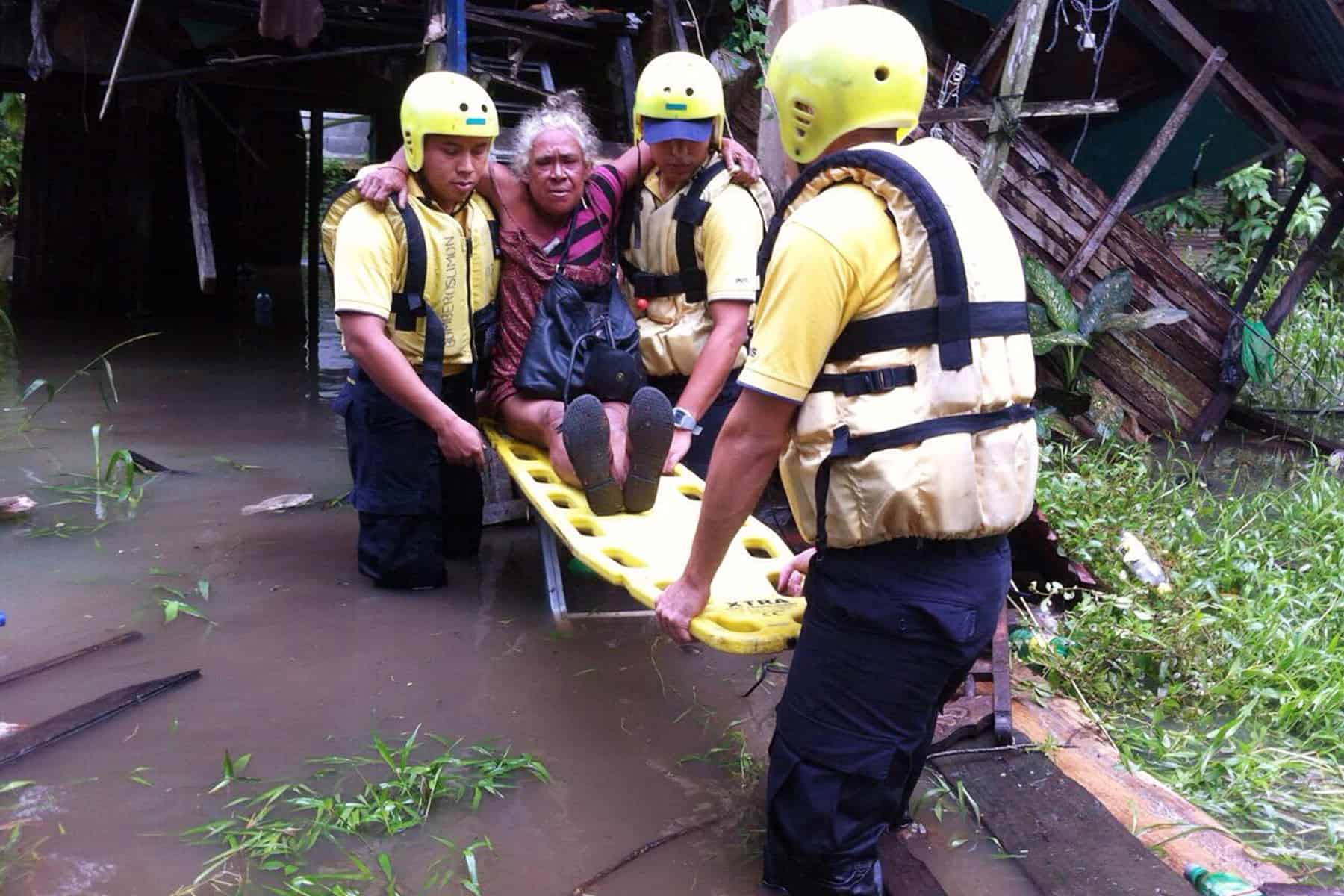 Red Cross rescue staff on July 8, 2015 evacuate a woman in Limón province after her home was flooded. ((Courtesy of Red Cross))

A tropical wave that caused rain over most of Costa Rica on Wednesday left the country in the early hours of Thursday. But the National Meteorological Institute (IMN) announced the arrival of another tropical wave on Thursday night.

The number of people evacuated because of flooding increased, according to a report issued Thursday by the National Emergency Commission (CNE). Currently a total of 1,630 people are at 17 shelters — a significant increase from the 1,057 people that CNE reported on Wednesday.

Red Cross staff are currently visiting affected people in flooded areas and also are helping CNE deliver food, water and other supplies to shelters located in the Limón cantons of Matina, Siquirres, Pococí and Central Limón, as well as in Sarapiquí in Heredia province, Turrialba in Cartago province and Guatuso in Alajuela province.

CNE maintains a Red Alert — the highest — for cantons in Limón, Heredia and Cartago and a preventive Yellow Alert for communities in northern Alajuela province.

“We also expect increased rains along the Caribbean and in the northern regions, although showers will be intermittent,” Stoltz said. Rainfall levels for these regions will range from 10 to 30 millimeters, according to IMN.

The increased precipitation expected for Thursday night could cause flooding and landslides, and therefore meteorologists are warning residents and motorists in these areas to exercise extreme precaution.

National Animal Health Service (SENASA) officials started inspecting animals on Thursday both in flooded communities and at shelters in Limón, Heredia and Cartago.

President Luis Guillermo Solís promised animal owners that government agencies would include animal feed in the supplies being delivered. The president visited various shelters on Thursday morning and promised evacuees that SENASA would also provide food for their dogs, cats, chickens and other small pets.

President Solís pets Lulú the cat, one of the animals at a shelter in Sarapiquí, Heredia.