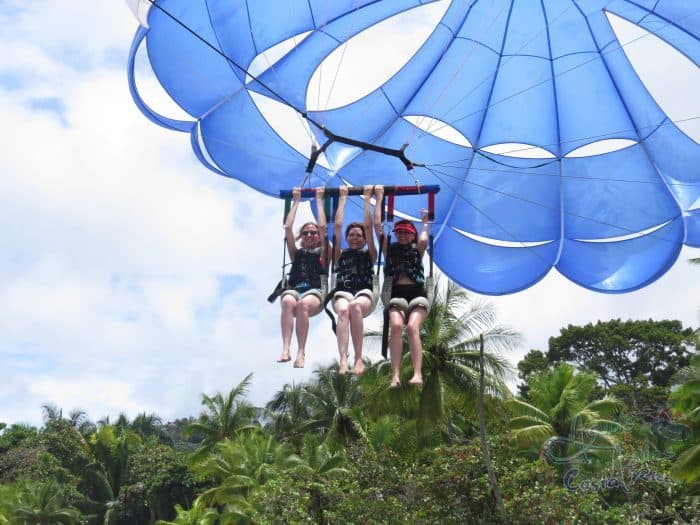 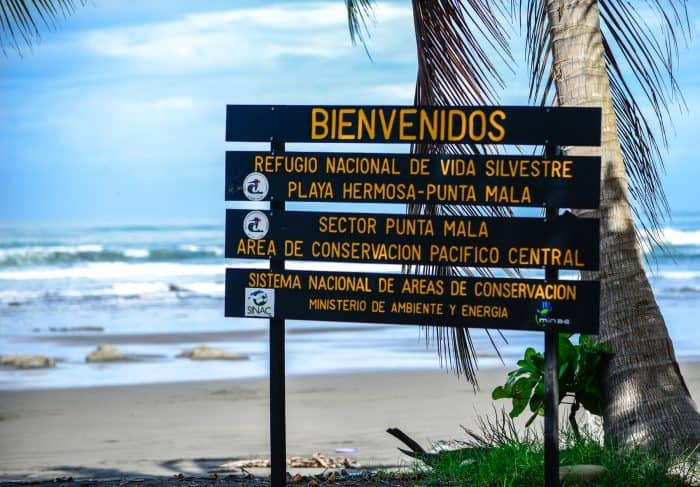 Photos: Off the beaten path at Punta Mala Wildlife Refuge 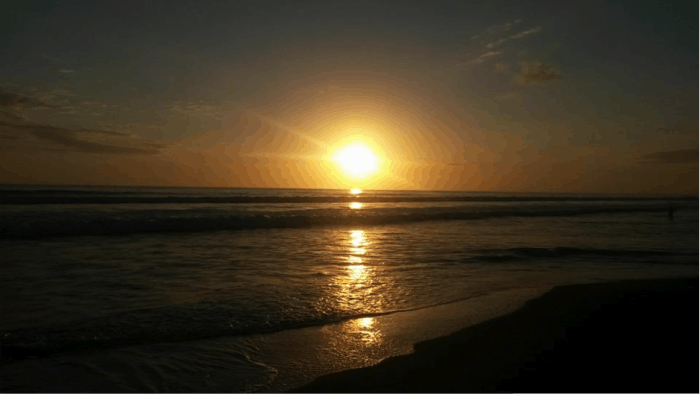 Sunsets and waterfalls in Dominical 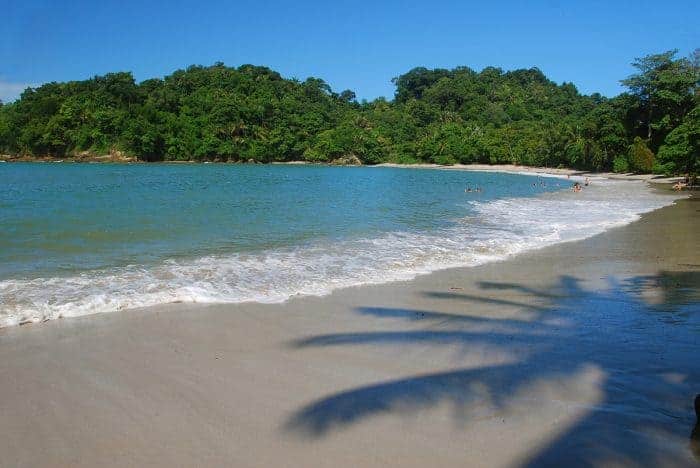 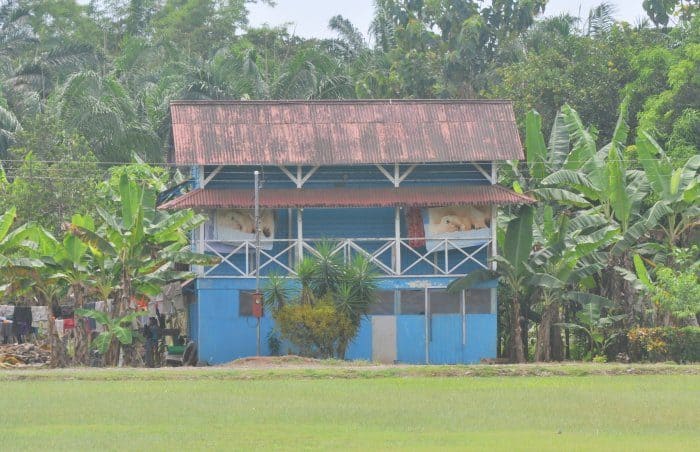 What’s that? An explanation of the plantation towns 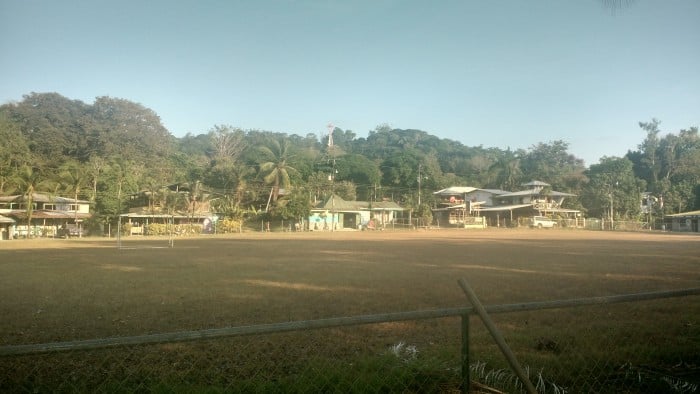 A day of frustration driving in Costa Rica began in Pavones, on the far southwest coast. (Michael Krumholtz/The Tico Times)

They say that an adventure doesn’t begin until everything goes wrong.

In Costa Rica, the land of dirt roads and ambiguous directions that run according to landmarks, abrupt changes in plans happen far more frequently than one might prefer.

My latest misadventure driving in Costa Rica began far south of where it ended, on the southwest corner of the country in Pavones. I set off for the town of La Gamba, which I had read provided the only access into Piedras Blancas National Park.

Crabs scattered away from my tires’ path along stretches of the gravel road out of town. An ox made an impromptu crossing just in time to avoid causing serious damage to the hood of my 1994 GeoTracker. Old men on bicycles waved and flashed thumbs-up signs in my direction even as they rode dangerously close to oncoming cars on the narrow road.

Following a quick stop in Golfito and a subsequent drive through hilly jungle terrain, I made it to La Gamba. A cashier at the town’s mini-market told me to hook a left after her store and I’d end up running into the park. “But make sure to go talk to the park rangers first if you’re thinking about doing a story,” she said. “They’ll give you some more info.”

I took her up on the generous tip and walked two doors down to the park information center. When I entered, there were two vacant desks with bagged lunches on them. I waited around for a few minutes before I shrugged my shoulders and left for the park.

I drove my car down the bumpy road toward Piedras Blancas. Arching palms provided a gateway toward the national park, which is noted for its lush rain forest, remote beaches, and abundant wildlife. Through the 4km ride down rocky terrain, the area’s natural beauty was well evidenced by the soaring, green hillsides above and tranquil river that ran parallel to the road.

At the end of the road, I came to an abandoned farm with a couple of different structures. The main barn had a sign, that I figured would say “Bienvenidos a Piedras Blancas,” but was instead a How-To Guide on proper agricultural care in Spanish.

I looked to my left and noticed a spotted white horse staring at me from the bushes. He blinked at me, looking as confused as I was about why I was here.

There had been another, less-traveled-looking road that forked to the right before the farm, I remembered. So I headed back and took a left down the makeshift path that had grass growing over the pebbles. I crossed a small river and ended up off path again. Somehow, I found myself weaving through the perfect lines of palm trees so iconic of the Southern Zone.

Upon getting properly oriented, I looked at the GPS on my phone’s Waze app. According to the map I was already well into the park territory. There had been no signs indicating where to actually enter the park, and I hadn’t seen a person in nearly an hour by this point. All the small houses near the end of the road were empty. I had gotten out of my car on a few occasions to look around and announce myself to see if anyone knew how I could get into the park. There was no evidence of life at any of the shacks except for the fading labels of Imperial beer bottles left out on porches.

The whole thing had a very “Twilight Zone” feel. The only animate thing I had seen since I left La Gamba was that horse with the empty stare. I had been talking to my car, nicknamed Sancho, to keep myself somewhat sane.

From an outsider’s perspective – if there had been any outsiders there to see some tall Gringo trying to manuever out of a maze of palm trees and talking to a dirt-stained GeoTracker – it would have been a good guess that this kid had lost his mind. And it wasn’t even noon.

I had been in the park long enough, I reasoned, and maybe I should try my luck heading toward Quepos, where I had booked a hotel, to find a relatively unknown waterfall or other natural wonder to do a quick write-up. I went back the way I came and headed for Portalón, located between Manuel Antonio National Park and Dominical. The ride there was void of any real disturbances, even as I passed the first day of this year’s Envision Festival in Uvita.

Once I got into my hotel, I asked the friendly receptionist if there were any good hikes in the area. The hotel had advertised some trails near its premises but because the water was low at the waterfall there, she suggested I go to the bigger waterfall on the eastern end of town.

First I took a 10-minute walk down the river, where a dozen or so people were gathered in a natural pool where a small runoff of water ran down the rocks. I walked to a security guard watching over the gate at the Portasol residential community and asked if there was a bigger waterfall somewhere. He nodded and proceeded to give me  directions that sounded like something out of a children’s board game.

“Take a right at the apple tree where there’s a ‘For Sale’ sign and reach a blue gate, you know, the only gate, and park your car there, where you can walk another 15 minutes to get to the waterfall,” he explained.

I nodded like a bobble-head doll as he listed the directions.

“You’re not going with kids, right?” he asked.

Suddenly unsure as to what kind of waterfall this was, I said, “No. No, it’s just me.”

“Great, well you can just cross there,” he said as he pointed to a steep bank that went into the river.

With my car I entered the steep incline from the road toward the river, holding on for dear life to avoid hitting a family with two small children that had just sat down on the rocks next to my path. With the momentum from the descent, I charged into the river and hit a large, slick rock with my left tire halfway through. I tried to accelerate again to no avail. Then I threw my car into reverse and tried to rock my car back and forth.

I had made it back to the original bank when my tires spun out in the dirt again. A baby started crying while the family looked at me with straight, unamused faces. “Let’s get out of here,” the mother said to her husband.

A man in a pink shirt who worked for Portasol had come to the overlook on the road to see what all the noise was about. I told him that the security guard told me a 4×4 would pass.

“I’ve never seen anyone try to cross this river with a car,” the staff member said.

An hour and a half later I was still waiting on the the worker. The security guard told me that the manager was busy, maybe in a meeting, and that nobody could help me if the manager isn’t advised first because if the manager sees someone doing something besides work he might fire them.

“Yeah, but I just need one person to either drive or get in the water to guide the best route,” I pleaded. Eventually, as it was about to get dark, the security guard said he could help real quick. That caught the attention of a shirtless man who had been drinking beers down the river. He put down his Pilsen and came over to us, asking what the problem was.

He offered to try his hand in the car and, after I tried to lay out a track of rock he could go over, he got the car out of the river and past the steep incline on the other side. I ran through the river and up the bank to shake his hand.

“Buena nota,” I said before he smiled and resumed drinking with friends in the river.

I was there, near the waterfall, but I never went into the water except to cross the river to see how I would get my car unstuck. It was just like my visit to Piedras Blancas National Park, where I never got into its purportedly stellar jungle except to drag my car through unmarked territory.

I never made it to one of my destinations, except for my hotel in Portalón. There the foreign owner lectured me on how disgraceful Manuel Antonio National Park was to the country’s image as a supposed tourism mecca. He said the Ticos who ran the park were “incredibly stupid” and “no better than the monkeys you can find in the park.” By this point it was clear he mistakenly thought I was a Tico. He yelled for nearly a half-hour while I stood at the front desk, on two occasions completely ignoring guests who had come up to the desk but left after a few awkward minutes of watching the owner yell continuously in his own hotel.

At some point it struck me how the only place I successfully got to all day was this strange, uncomfortable resort.

This is not to say the journey is what matters more than the destination, as my journey was covered in sweat, dirt, and frustration from start to finish, and yielded virtually no lesson. If anything, it was a testament to just how easily this country can humble you and test your patience. Anytime you leave your front door, you’re prone to throw yourself into unexpected adventure.

And for some twisted, borderline masochistic reason, that’s why I love traveling Costa Rica.