Home Newsletter Treks and the city 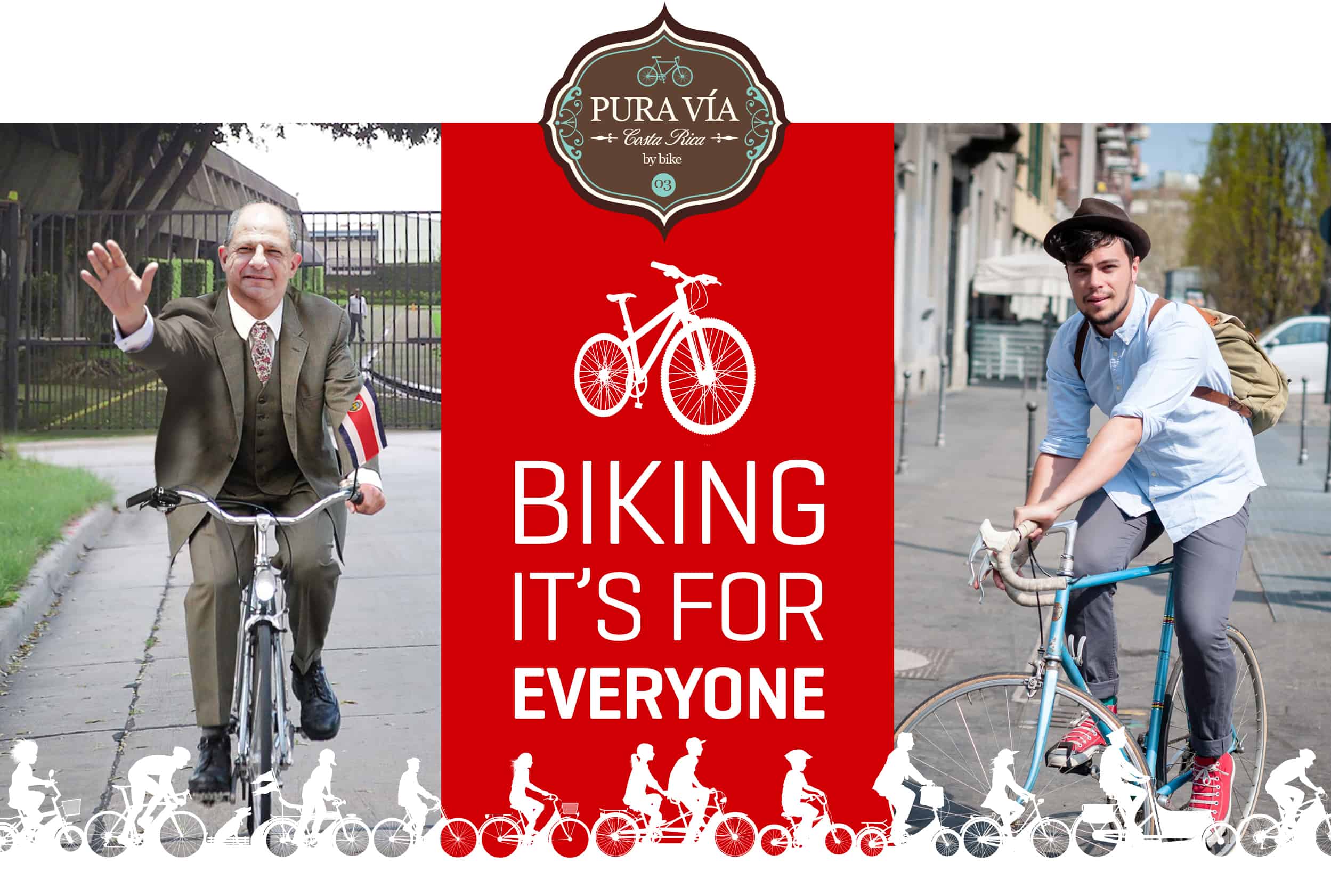 Riding a bicycle after a long sabbatical is like – well, riding a bicycle. But as much as I walk and run in San José, the muscles I used for pumping a bike had atrophied. I needed to get back into shape, and now that I had a bike again, it was time to hit the pavement.

To reiterate, biking in central San José is a veritable death wish. Inexperienced riders should stick to stationary bikes at the gym. I spent 15 years riding in Pittsburgh, an infamously dangerous U.S. city for cyclists, and San José’s breakneck hills, tangled intersections, and madcap traffic patterns made me feel at home. Even the knee-deep potholes made me feel nostalgic.

Riding in the Central Valley is a special kind of thrill. If you have sufficient time, patience, and a good eye for flung-open car doors, speeding through San José is pretty invigorating.

“Oh, that sounds cool,” said one acquaintance, his voice dull, when he heard about my plans. “I remember when I biked from New York to California one time…”

Around the world, there are diehard cyclists who bike their way across continents. They have stamina, determination, and very little body fat. I admire these people, and I hope to one day become one. But the problem with a globe-girdling cyclist is that most people can’t follow in their footsteps (well, tire tracks). Most people don’t have the time or money to ride from Alaska to Tierra del Fuego. And by the time most people do have the time and money, their bodies are too old to handle such a feat. They dream of journeying across exotic landscapes, but they book a Carnival Cruise instead.

(Of course, you’re only as old as you feel. I recently interviewed 67-year-old Ed Marzec, an expat in Costa Rica and Mt. Everest climber. By that measure, I must be 700 years old). 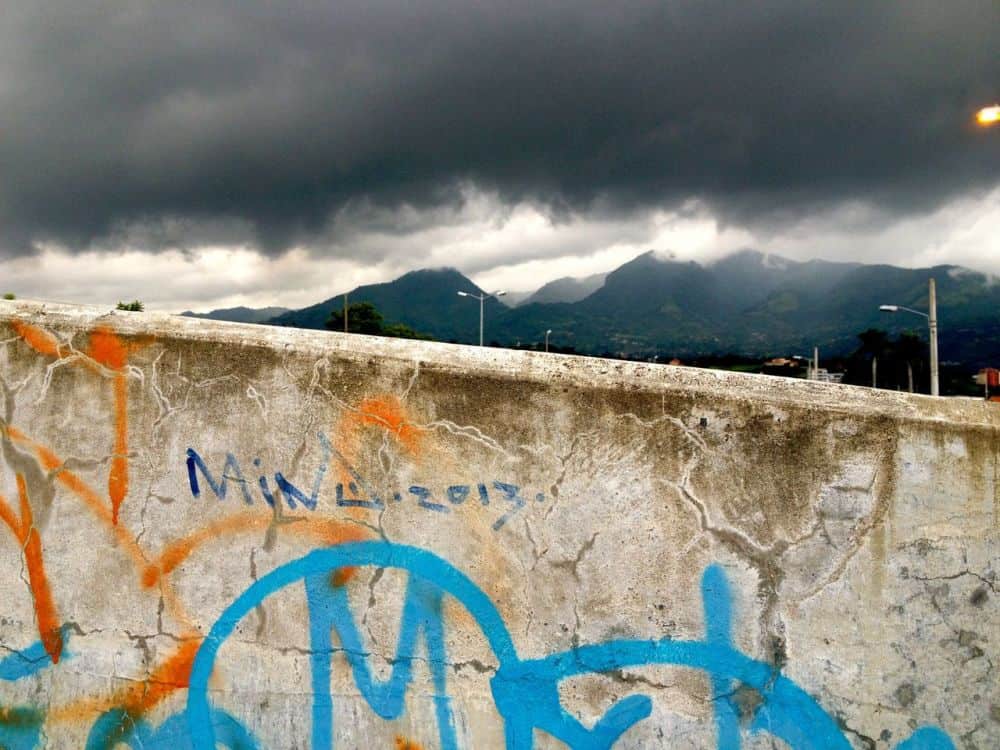 But one week and 480 kilometers is doable, and it’s doable by easygoing cyclists like me. You can bisect Costa Rica on a regular week-long vacation. Still, it’s a demanding ride, and you get a lot of bang for your buck. Four hundred and eighty km is the distance between Washington, D.C., and New Haven, Connecticut, but instead of fighting your way through New York City gridlock, a cyclist in Costa Rica glides past ranches, rain forest, roiling rivers and volcanic ridges.

I am not one of those racers, and my route isn’t nearly so impressive. But with a little perseverance, almost anyone can take this ride. And I hope some do.

Functional biking isn’t too popular in Costa Rica, and it’s not just because of the road conditions. When I first started spending serious time in San José, I met Roberto Guzmán, leader of ChepeCletas, a bicycle advocacy group. Roberto and his colleagues organize group rides through the city, accompanied by police, who direct traffic around the riders. I covered one of their rides last year for The Tico Times, and since then Roberto has become a good friend.

During one of our conversations, Roberto said something that surprised me.

“Biking is not just for poor people,” he said. “It’s for everyone.”

This had never occurred to me before. In the U.S., cyclists are often derided as health nuts, hippies, eccentrics and snobs. After all, real Americans own cars. Riding a bike is so difficult in the U.S. (sometimes impossible), that only the stubbornest folks practice it regularly. But few Gringos hate cyclists because they’re poor. Poverty and bicycling don’t really jive in the U.S. Yet in Costa Rica, a bicycle is often a sign of hard times. Day workers pedal their way to work in San José, and in the countryside, laborers routinely cycle from place to place, lugging enormous loads. Your neighborhood guachimán may very well commute to work on two wheels.

This stigma was new to me, and to be fair, many of my Tico friends disagree that this is a popular perception. Bikes are incredibly popular in small towns and beach communities, where locals regularly commute to work.

But in San José, the stigma made sense: Costa Rica is not a “rich” country, yet the economy has exploded in recent decades. Urban Tico culture is modern and tech-savvy, and owning a car is a serious status symbol. So why ride a bicycle? It’s easy to think of bikes as the transport of peasants in banana republics. China and India are rapidly adopting the same attitude. Only in select parts of the U.S., where driving has become a tedious obligation, have Gringos made bicycles fashionable again.

An interesting exception is the ciclovía model in Bogotá, Colombia, a concept credited to former mayor Hernando Durán Dussán. The ciclovías are a network of bikeways that web through the city, enabling people to commute on two wheels. Smooth, safe, and fast, the zero-emission system made perfect sense in a tropical country and changed how people viewed bicycling. A more recent Bogotá mayor, Enrique Peñalosa, was famous for biking to work each day.

“I think it is a revolution in the way urban life works,” said Peñalosa in Gary Hustwit’s documentary “Urbanized.” “This kind of high-quality infrastructure for bicyclists increases the social status of cyclists. Before we had bicycle ways, low-income people were ashamed of using bicycles. Now a high-quality, protected bicycle way shows that a citizen on a $30 bicycle is equally important to one in a $30,000 car.”

Costa Rica has paved a few trails, and they’re wonderful. One ciclovía cuts through downtown Cartago, following the old railroad line. Other trails flank the Inter-American Highway in Puntarenas and Guanacaste. Local groups advocate for better infrastructure for cycling. The ciclavías are brief and scattered, but people really use them. All kinds of cyclists ride these trails, and they ride them all day long.

Pura Vía is an 11-part travel series about biking across Costa Rica. Check out the next episode on Aug. 25.

Robert Isenberg is a writer and photojournalist for The Tico Times. He is the author of numerous books, plays, and documentaries. Visit him at robertisenberg.net.