Title me this: The perils and promise of buying untitled land in Costa Rica 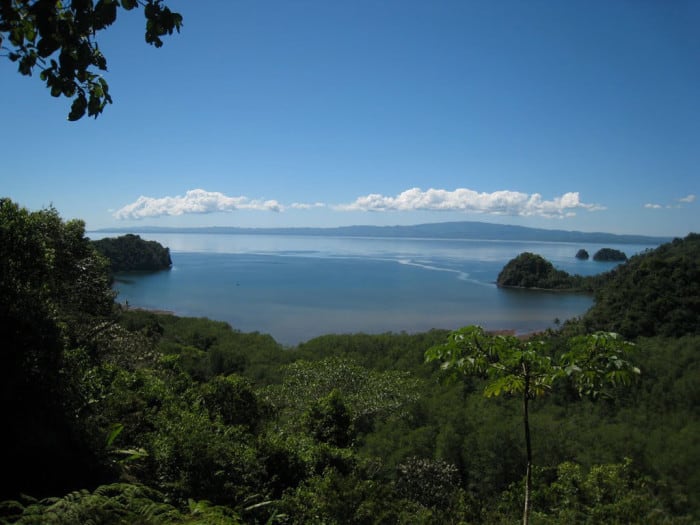 “Titled or not titled?” It’s a common question in the real estate market in Costa Rica. Untitled properties can often be bought at a great discount — as little as half-price — but there are stories of buyers losing their investment entirely because of 11th-hour surprises. There are definitely risks to buying untitled land, but there are steps that can be taken to address them.

Why is so much of Costa Rica’s inhabited land not titled? To make sense of the rules and regulations, given that most privately owned land is not titled, it’s important to understand how the people of Costa Rica slowly spread out over the country’s diverse territories. Virtually none of the Costa Rican population lived outside the Central Valley (San José-Cartago-Heredia-Alajuela) or Guanacaste until about 100 years ago — and even then, only the boldest ventured far from the Central Valley to claim parcels of land as their own.

Eventually, as more and more communities formed and land disputes began to arise under a laissez-faire administrative approach to these uninhabited areas, the Legislative Assembly took action with Ley no. 139 (Law #139), passed on June 14, 1941. This law is still the legal precedent and guideline for any property title application to this day.

The wording of the law refers to wide swaths of land uninhabited and unclaimed in Costa Rica — a circumstance that has changed during the nearly 75 years since it was passed. It is now the job of the Procuraduría (a government agency that protects Costa Rica’s national assets) to ensure that due process is observed in the application of property title.

If the application is for a parcel of land contained in a nationally protected forest, the Procuraduría is meticulous in its research about the ownership of the land and will exhaust all avenues to prove that the applicant does not have a legal claim to the land, requiring that applicants show proof of prior ownership 10 years before the declaration of protected status. Protected lands are therefore more difficult to title than those that lack such protection. One regulation states that no person can title more than 300 hectares under possession. Another stipulates that you must prove that you have “possessed (the property) uninterrupted, publicly, peacefully and as the owner” (Article 856 of the Código Civil Costarricense) for at least 10 years. In practical terms, this means proving that no neighbor has boundary claims or ownership disputes during this time period.

The evidence for the required proof is the testimony of neighbors (though not owners of adjacent properties) asserting absence of ownership disputes. If at any point the owner of the land wishes to sell before the property has been titled, he or she can bequeath these years of good, peaceful, undisputed care of the property to the purchaser to be counted toward the 10 years needed to apply for a title.

Even though many properties, especially those farthest from the Central Valley, are still not titled — and some will never be, as they form part of the National Patrimony— most properties have a plano catastrado. A plano is not an ownership document, simply a survey of the property.The plano may even have the name of a previous owner (though the registry number corresponds to the name of the current owner).

Having a plano means your property is registered with the Catastro Nacional in your name; however, the landownership is still vulnerable to dispute. Most lands in Costa Rica are private, untitled lands, but there are legitimate ways that these lands can change hands.

Landowners or their lawyers will have descriptions of the land and nearby landmarks, along with previous cartas de venta (bills of sale) for all of these legitimate, private, untitled properties. Learn everything you can about any untitled land you would consider buying. The process of getting a plano is much simpler than a getting a title, as it normally takes no more than three months, whereas getting a property titled can take three years or more. Getting a plano involves contracting a licensed topographer to measure the boundaries and take note of rivers or any protected areas on the property, making sure there is no dispute with neighbors about the property limits.

While there is a safe way to purchase untitled land in some cases, a title is irrevocable and permanent. For this reason, most reputable real estate agents work exclusively with titled land. Assuming you can prove that you and previous owners have 10 years of occupying and caring for the property you want to title and have neighbors willing to corroborate this — with no disputes — you’re well on your way. But there are a few more hurdles before the finish line.

The next step is notifying the Procuraduría that you wish to title this land. So long as the land is not forestry reserve, you may be green-lighted to proceed. If it is forestry reserve, the government’s mission is to do everything in its power to deny you title.

If you’re still on course, an appointed judge will personally inspect the land to see what rivers or headwaters exist and what restrictions on land use might be necessary if and when title is granted.

After the judge has completed his inspection, an engineer must come and take soil samples and determine whether the intended use of the land is appropriate, given the findings. Finally, an application for a title must present all the findings before either the juzgado agrario (agrarian court) or juzgado civil (civil court), depending on whether your property is rural or urban. Going through the civil court is faster and easier than waiting on an agrarian docket, said Herbert “Billo” Ulloa, an attorney with nearly 25 years of experience titling possession lands.

“Titling a small, urban property can take as little as one year,” Ulloa says. However, titling land that includes part of a forestry reserve often takes three or more years.

The rules change a bit for protected lands: You have to prove that the property was cared for and lived on by you or a previous owner for 10 years before it was designated as protected land. This becomes a challenge, as it can mean tracking down people who are very old and may no longer live in the vicinity.

Say you have your title; you’re in the clear, right? Not quite, there is a three-year probationary period (plazo de convalidación) where anyone can file a claim against your new title — for any reason. These challenges to an already-issued title rarely get any traction unless there is abundant proof of fraud in the titling process , according to Ulloa. If getting a title is meticulous and difficult, contesting one, turns out, is a Herculean challenge.

In addition to this three-year period, there are seven more years where a claim may be filed against the title under the 10-year statute of limitation for all legal actions in Costa Rica. Of course, filing a claim against a title beyond the expiration of the three-year probationary period means the burden of proof on the filer becomes even greater.

If this process does not appeal to you in the slightest, but you’d still rather roll the dice and buy an untitled piece of property in paradise, there are still some good ways to cover your backside.

Make sure the current owner is clear about who and when he bought it from in the past or if he inherited it. Make sure you get a copy of any previous bills of sale of the property. Make sure to get your hands on the plano (if there’s not at least a plano, better walk), and make sure the registry number on the plano is in the name of the seller.

And most of all, “Talk to the neighbors!” — Ulloa couldn’t stress this enough. Get multiple perspectives and find out how the seller is perceived and the history of the property from others who know it; clear any doubt from your mind about there being any property boundary disputes.

Ulloa offered an example of why getting the full scoop from the neighbors is paramount. He mentioned the “proceso sucesorio” (inheritance dispute), which is what happens when a parent dies and the children or other family members contest the will.

There have been instances of a child selling his father’s land while it was still in dispute and then another sibling successfully getting rights to the plano and evicting those who “bought” the land.

Do your homework before risking your investment — especially if you do not intend to pursue title on your own.

Special thanks to Albert “Billo” Ulloa Salas, an attorney specializing in titling properties in the Southern Zone of Costa Rica. He can be reached at ulloabillo@hotmail.com or +(506) 8381-5447.

This article was written by Francisco (Paco) Ramos Meyer, executive accounts manager at Osa Pen Realty (www.osapenrealty.com). Contact him at oprpaco@soldeosa.com or +(506) 8405-9790.