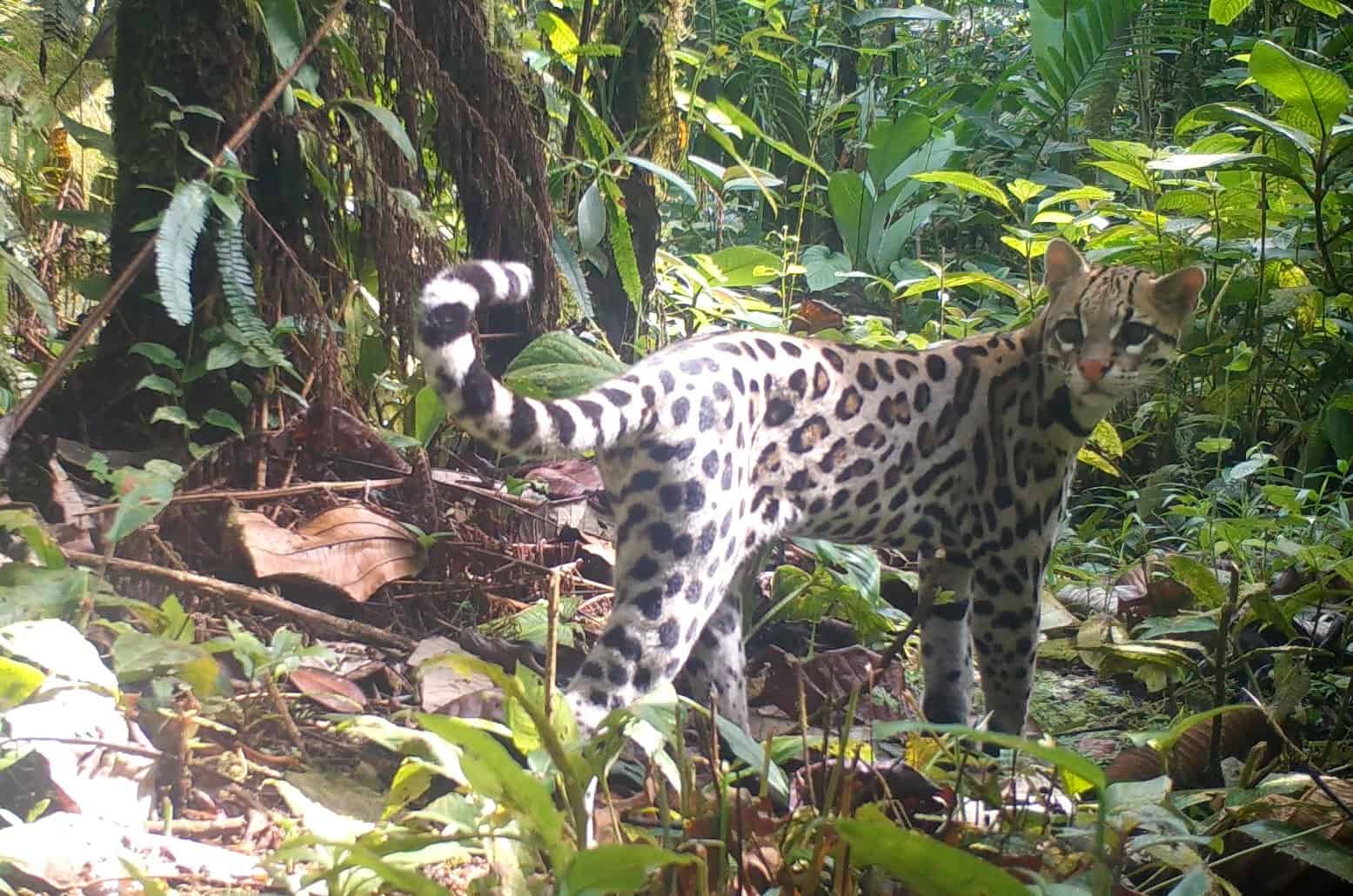 Costa Rica is home to a surprising number of spotted cats. If you know one, you probably know the jaguar, the hulking king of Costa Rica’s jungles. But there are three more speckled, spotted or streaked felids stalking the country’s varied landscapes. In order of size, from smallest to largest, they are the oncilla, the margay and star of today’s show, the ocelot. It’s like a jaguar shot with a shrink ray.

I described the ocelot as a shrunken version of a jaguar because of the bulk that they both carry. When you are accustomed to seeing smaller species and you see a jaguar, it’s fairly shocking how thick and muscular they are in comparison. They have big broad shoulders and big fat heads. Proportionally, the ocelot pulls off the same look, but in a post-shrink ray form.

The ocelot is the species of cat that I record most frequently in my camera trap projects. I have recorded at least one ocelot video in every project I’ve completed throughout the country over the last few years. One of the reasons I record them so frequently is that they have that important trait that allows certain species of wildlife to live in a wide variety of habitats: a varied diet.

The literature gives an exhaustive list of prey items, but because I record them so frequently, I’ve had the privilege of seeing their menu for myself. I’ve recorded videos of ocelots actively hunting mammals, reptiles and amphibians. I’ve seen them pursuing white-tailed deer, just missing while pouncing at a rat and very much killing a green iguana, a common opossum and whole a mess of frogs.

I’ve also seen them trapse by the camera carrying food from one place to another, including – snakes (one time, a rattlesnake), opossums, tamanduas, mice and rats.

On two occasions I’ve recorded ocelots walking by the camera with a face full of porcupine quills. Whether their interactions with porcupines end in a full belly or just a painful muzzle, I have no idea.

Once, during the height of a particularly parched dry season, I recorded a series of videos of an ocelot placing a recently killed armadillo in the last remaining puddle of water and covering it up with wet leaves to use it as a refrigerator. It then returned several times over several hours to continue to feed on its prey.

Since they’re mostly nocturnal and I’m generally on a diurnal camera checking schedule, I don’t frequently get to see ocelots in the field. I’ve had two ocelot experiences in the forest, one very normal and one slightly heart attack-inducing. First the normal one. I spent about an hour sitting on the ground watching a female ocelot sleep in a tangle of vines.

The other time, I was walking to check cameras but decided to stop at a huge espavel tree with a big hole in it to see if anything was hanging out in there. I walked up to the hole in the trunk which was at shoulder height and stuck my stupid head in there.

My face was about two feet away from an ocelot’s face. My heart about exploded, and I quickly scooted backward. The sturdy male ocelot used that time to shoot out of the hole as if spring-loaded and disappear into the underbrush.

Ocelots are one of my favorite animals to record on my cameras. My first ocelot video inspired my work with camera traps. Please enjoy the video. 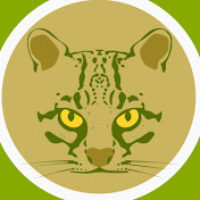