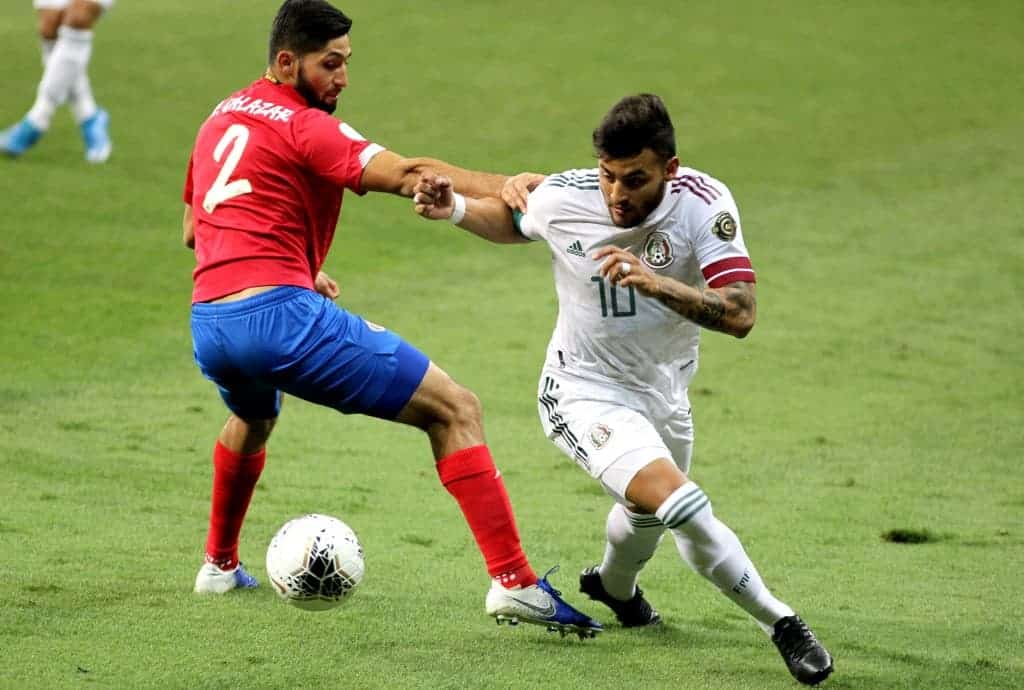 Mexico’s men’s soccer team secured its place in the semifinals of the CONCACAF Under-23 qualifying tournament for the Tokyo Olympics on Sunday by beating Costa Rica, 3-0, in the second matchday of Group A.

Costa Rica and Dominican Republic have no points with only one match remaining and have been eliminated. Last Thursday, La Sele lost to the United States, 1-0.

The quick elimination is a disappointing result for a Costa Rican team thought talented enough to challenge for an Olympic berth.

Mexico and the U.S. will meet in the final Group A match to determine the group winner.

Dominated from the opening minutes

The Mexican team started Sunday’s game with an offensive attitude and found an early lead.

At six minutes, El Tri attacked from the left side, Sebastián Córdova entered the area and delivered a pass to for Uriel Antuna to define the tap-in goal with goalkeeper Kevin Chamorro far from the action.

The Aztec squad maintained its attacking posture and overwhelmed the Costa Rican defense. At 21 minutes, Chamorro excelled with a save to an Alexis Vega shot from outside the area.

The Costa Rican team coped with the Mexican dominance, but it did not have a significant offensive chance in the first half.

The fast and dangerous winger Luis Díaz did not create danger, while the striker Adrián Martínez didn’t receive passes in threatening spots.

Mexican goalkeeper Luis Malagón only had one intervention in the first half, on a shot from medium distance in the 45th minute.

Mexico came back from the break and at minute 52 made it 2-0 with a shot that Vega scored from outside the area.

The Mexican team sealed the victory at 59 with a play that started from their goalkeeper. The ball reached the Tico area, where Carlos Rodríguez lowered it with his chest so that Sebastián Córdova signed the 3-0 that prevailed until the end.