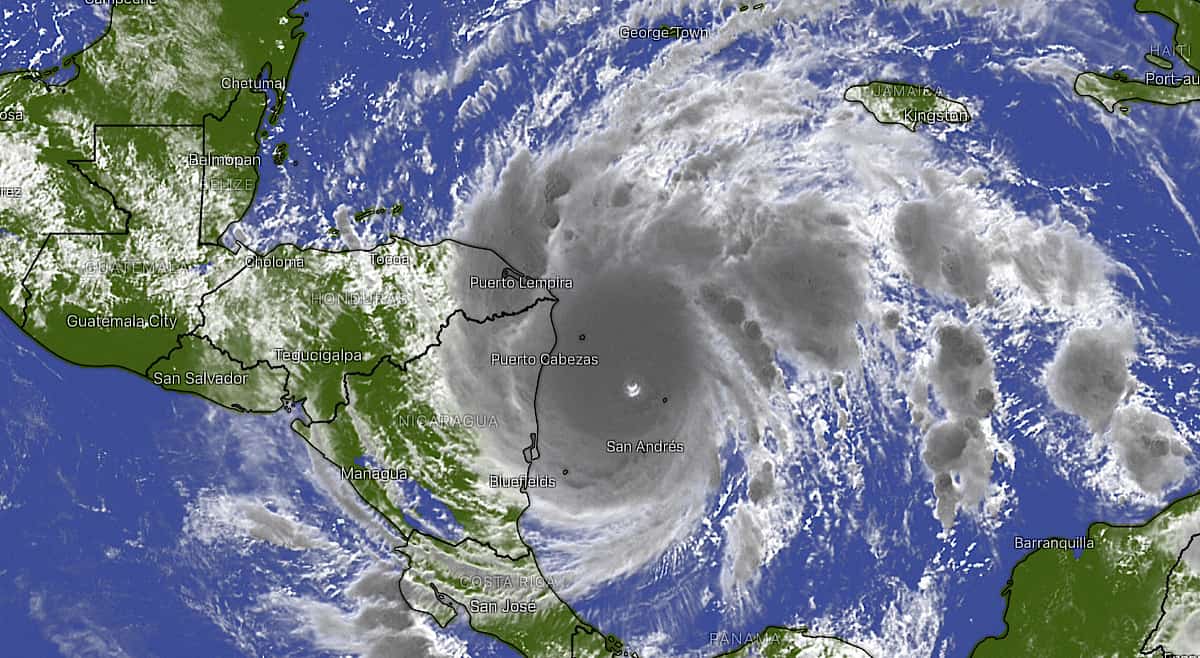 Happy Wednesday from The Tico Times. Here’s the news you should know today.

Central America continues to experience the effects of Iota. The system made landfall on Monday night in Nicaragua as a Category 4 hurricane; it had weakened into a tropical storm by Tuesday night as it entered southern Honduras. Iota has caused at least eight deaths and significant damage in Nicaragua and Providencia Island (Colombia).

Costa Rica’s National Emergency Commission (CNE) says Iota’s impact on Costa Rica will be lesser than Eta’s was earlier this month. This is due to the system moving more rapidly once overland. However, residents of the Northern Zone and Pacific regions should be cautious of continued rainfall, which can lead to flooding and landslides.

The National Hurricane Center (NHC) is tracking a weather disturbance in the Caribbean Sea with a 30% chance of developing into a cyclone. If this formation occurs, Central America could be affected. Regardless, authorities predicted rainfall in Costa Rica this weekend. Read more here.

The CNE acknowledged its concern regarding increasing coronavirus hospitalizations in Costa Rica. As of Tuesday, the Health Ministry said there are 514 people hospitalized with COVID-19 in Costa Rica; 221 people are in intensive care. This represents 62% of the country’s ICU capacity for coronavirus patients.

Costa Rica will host the Women’s U20 World Cup in 2022, FIFA announced on Tuesday. Panama and Costa Rica were originally set to co-host the tournament this year, but it was canceled due to the coronavirus. Costa Rica will be the sole hosts of the 2022 edition. Read more here.

Expect rain today due to Iota. Per the National Meteorological Institute: “The country will still be influenced by Iota. It is expected that although already weakened, it will continue to favor intermittent rainfall on the Pacific slope, although to a lesser extent than previous days. During the afternoon there will be isolated rains and downpours in the Pacific and Central Valley. Little rains are expected in the Caribbean.”