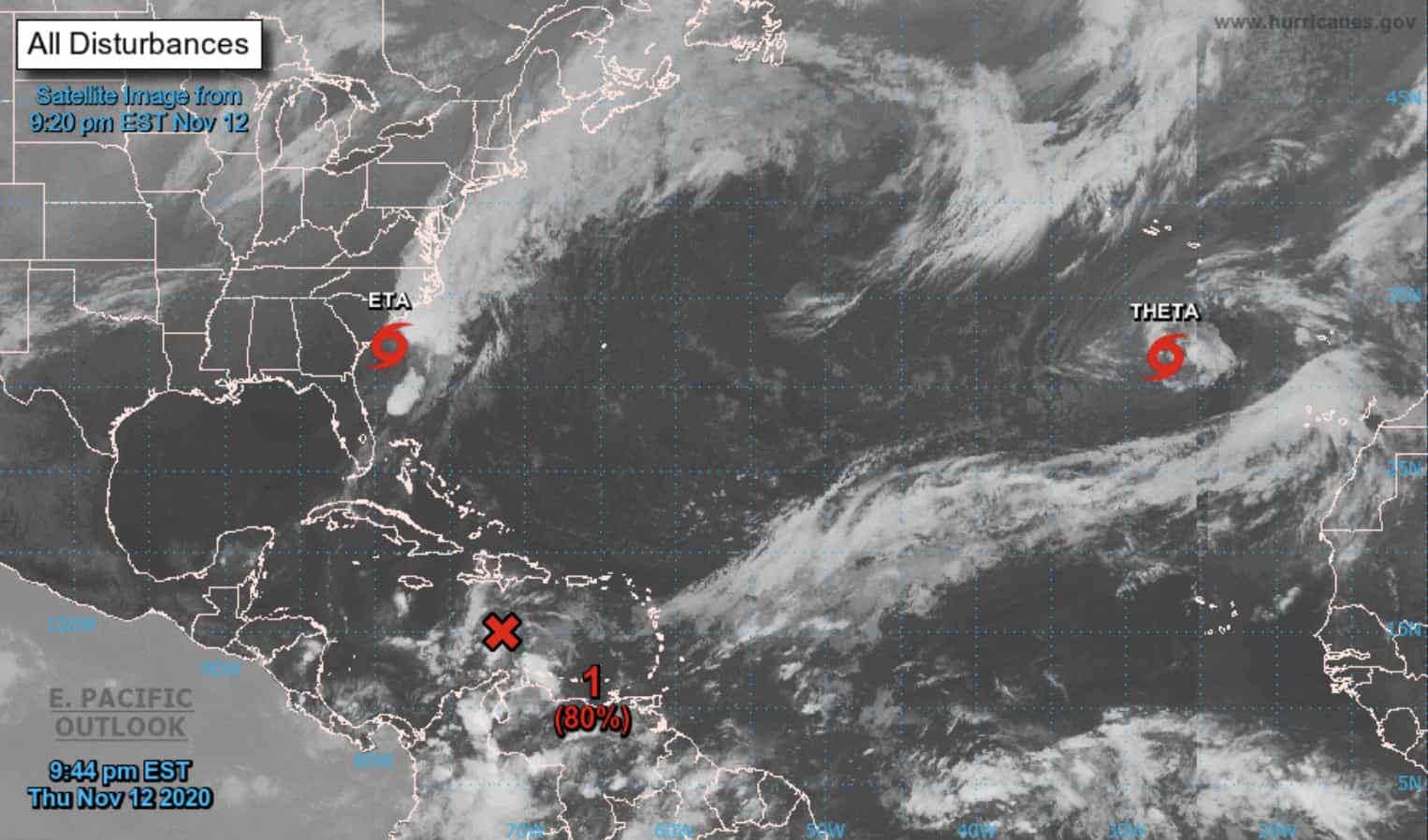 Happy Friday the 13th from The Tico Times. On this date, absolutely nothing bad can happen.

Here’s the news you should know today.

The National Hurricane Center (NHC) is tracking a tropical wave located over the Central Caribbean Sea. A tropical depression will “likely” form over the next two days. The U.S.-based meteorologists say Honduras and Nicaragua “should closely monitor the progress of this system.” Those countries were among those hit hardest by Hurricane Eta earlier this month.

The National Emergency Commission (CNE) alerted Costa Rica to rain this weekend related to the aforementioned storm. “The indirect influence of this system will begin to develop Saturday afternoon with a reinforcement of rainy activity in the regions of the Central Pacific and South Pacific,” the institution said. Authorities encouraged caution as soil saturation and unstable slopes persist through the Pacific due to Hurricane Eta.

Costa Rica signed an agreement with AstraZeneca to purchase 1 million doses of an eventual coronavirus vaccine. When added to Costa Rica’s involvement in the COVAX Facility and to a deal with Pfizer, the country estimates having vaccines for 3 million people. Read more here.

A letter published by the National University and promoted by the Tourism Board argues Costa Rica isn’t doing enough to promote beach safety given the increase in visitors. Costa Rica “is increasingly being sold as a tourist destination of choice, but this becomes a dangerous reality, if in the face of a greater number of visitors, we show our weaknesses to protect them during their visit to our country,” the authors argued. Read the letter here.

Expect typical weather today. Per the National Meteorological Institute: “Typical rainy season conditions are expected to persist. This implies a morning with mild to partial cloudiness prevailing nationwide in addition to high temperatureFor the afternoon and evening, rainfall is again projected for the Pacific slope, the Central Valley and the mountains of the country. Isolated rains with occasional showers is what is forecast for these regions in this period.”