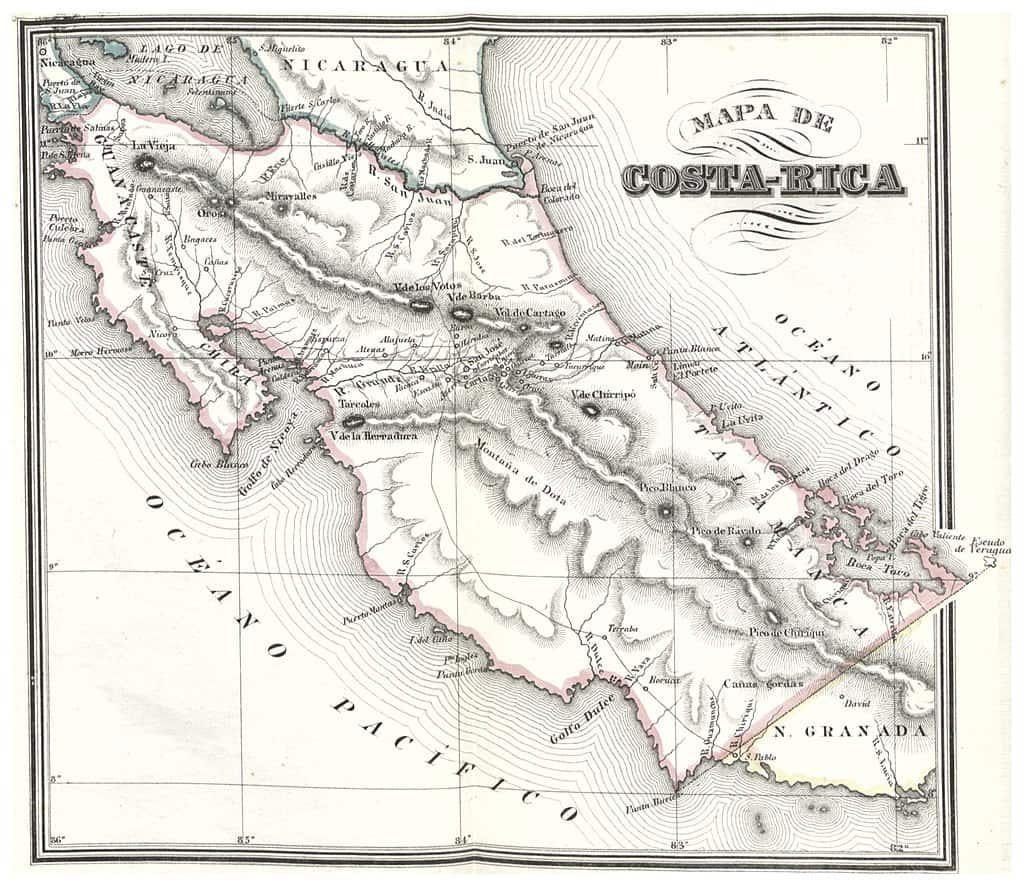 Look closely at this mid-1800s map of Costa Rica, and you might spot some major differences.

For one, there’s no Lake Arenal — that didn’t exist until the 1970s, when Costa Rica flooded the land to build a hydroelectric dam.

But perhaps more notably, Costa Rica’s southern border extends quite a bit farther in the map than it does in present day, encompassing what is now the popular tourist destination of Bocas del Toro.

What happened? It’s a long and complicated story, but in summary:

After Central American independence in 1821, Costa Rica — then part of the Federal Republic of Central America — occupied the area as part of its land. New Granada (comprising modern-day Panama, Colombia and Ecuador) viewed this as an incursion on its territory and retaliated by sending soldiers and later establishing Bocas del Toro as a canton.

Naturally, this angered Costa Rica, which considered the response as a usurpation. Costa Rica continued to claim ownership of the land, and territory disputes even led to a small war in 1921.

It took until 1941 for a treaty to be ratified by both Panama and Costa Rica, ending the decades of political dispute and solidifying the modern-day borders.