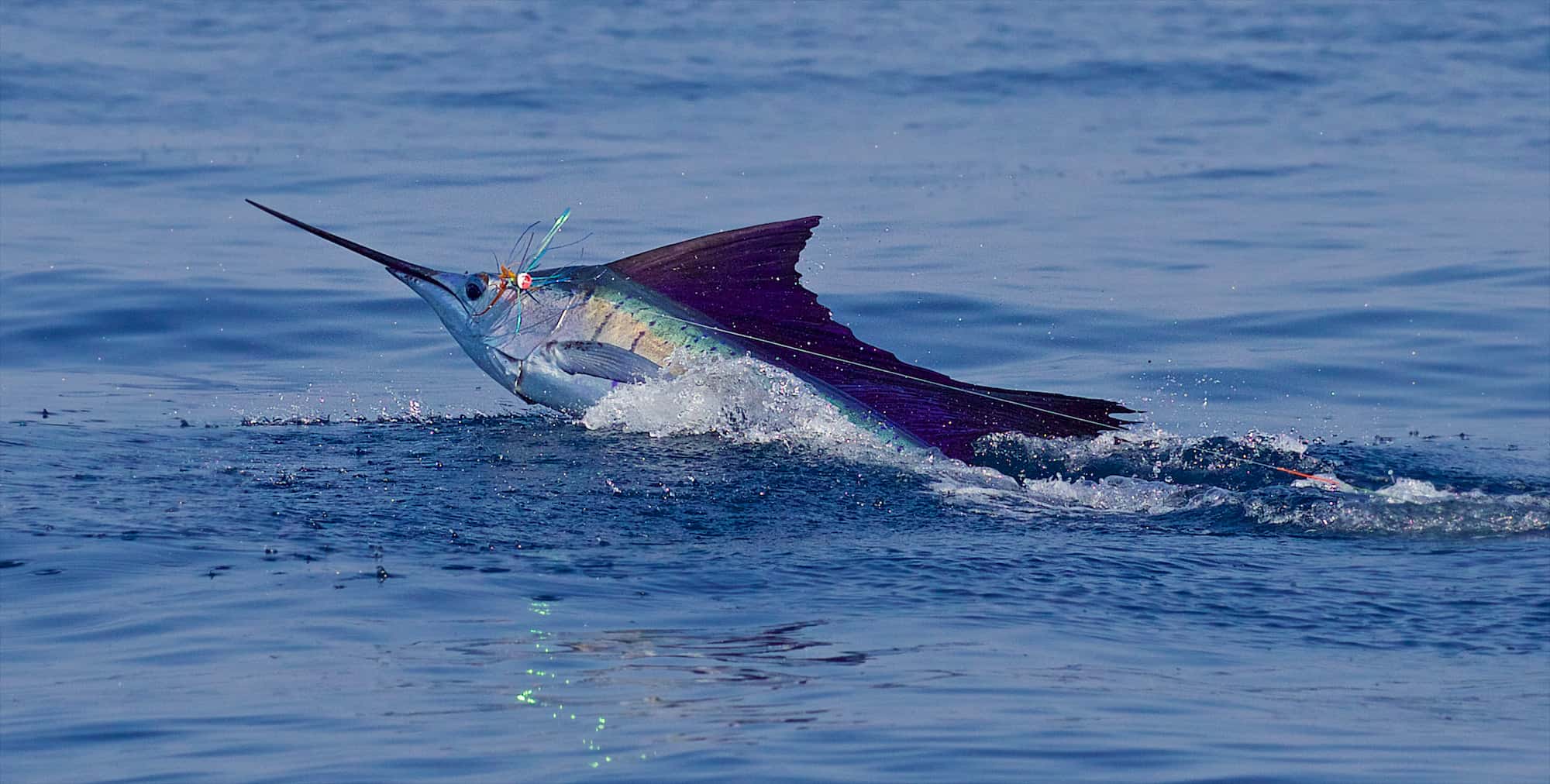 The acrobatics of a sailfish are part of what makes it so popular. (Photo by Pat Ford. )

It’s that time of year again for the Central and Southern Pacific side of Costa Rica: The sailfish are here. The recent Rock Star tournament in Marina Pez Vela had more than 700 releases. Scientists will tell you it is because of offshore winds blowing across different areas of Central America that brings them to us.

The tropical Pacific is not a very inviting place for sailfish. The low oxygen content in the water will not support them, but two famous currents bring in healthy water. The Humboldt Current flows north from Chile and Peru and collides with the California current flowing south from the U.S. and Mexico off the coast of Central America,

This forms a “tongue” of current that supports sailfish, though only to a depth of 100 meters or less. Unlike the striped marlin that is caught off Mexico but might spawn off Australia, the eastern tropical sailfish’s range is limited to the coastal waters of the two currents and the tongue formed off Central America.

Another phenomenon happens each year: Three distinct and powerful winds blow from land offshore. They start in December or January and blow until March or April. In Mexico, winds that start in the Gulf of Mexico push across the Tehuantepec lowlands offshore into the Pacific.

Likewise, the Papagayo winds from Lake Nicaragua push offshore across Nicaragua near the Costa Rican border. Also, a Caribbean wind current crosses Panama heading into the Pacific near the Panama Canal.

As the Pacific surface water is pushed offshore, the upwelling sends to the surface oxygen-depleted water that cannot support sailfish. The entire population is forced into pockets of healthy water, which happen to lie in front of windless areas of southern Mexico, Guatemala, Costa Rica and parts of Panama.

During this period, El Salvador, Nicaragua and other parts of Panama are nearly devoid of sailfish. This is the equivalent of taking the entire population of the United States and moving everybody to Miami, Dallas and Los Angeles for four months out of the year, with very few living in between. Fortunately for the sailfish, their main food source, squid and sardines, follow the same pattern.

I don’t know a lot about flora and fauna — though I really like it. I am more attuned to fins and scales, which, besides enjoying them, I have some knowledge about.

I know one thing that combines the two. For more than the last two decades, the trees along the coastline tell me when the sailfish are moving into the area in big numbers.

I don’t even know their names, but I know there are various varieties. I’ll leave names to the flora and fauna specialists. All I know is when the hillsides along the Pacific Ocean bloom bright yellow, it is time to go fishing, because that is when you will see the double-digit days of sailfish that makes Costa Rica a premier destination for sailfish anglers.

This usually happens each year in December. This year, it didn’t happen until the first part of January, but the fishing for sailfish kicked up a few gears right after it did. It should continue to be excellent for the next four months. That’s not to say you can’t catch a sailfish any day of the year here, because you can, but now is the blooming high season. 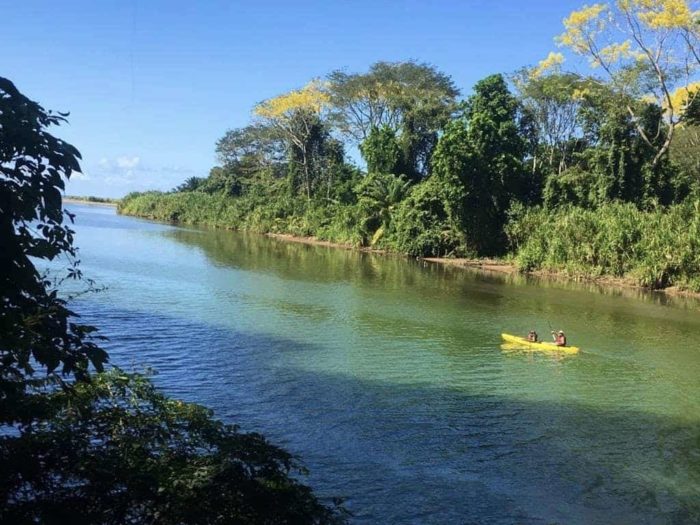 Trees changing on the banks of Rio Baru in Dominical. Photo by Marvin Benavides.

Leave them in the water

A reminder: It is against the law to remove a sailfish from the water in Costa Rica. Studies have shown that dragging them in the boat for a photo and then releasing them greatly reduces their survival. It is also punishable by a $3,500 fine.

This law has been in place for more than 10 years, yet many websites selling fishing trips in Costa Rica continue to post photos of fish out of the water in the angler’s lap.

If you are a fishing tourist, please understand respect this rule; if you are a captain or mate, a simple explanation to your clients usually educates them on how we value our resource. If you are a charter owner, please instruct your employees to respect the rule.

With the technology in cameras and cell phones today, it is easy to get great action shots with angler and jumping fish in the same frame. There is no longer a need for the onboard hero shot.