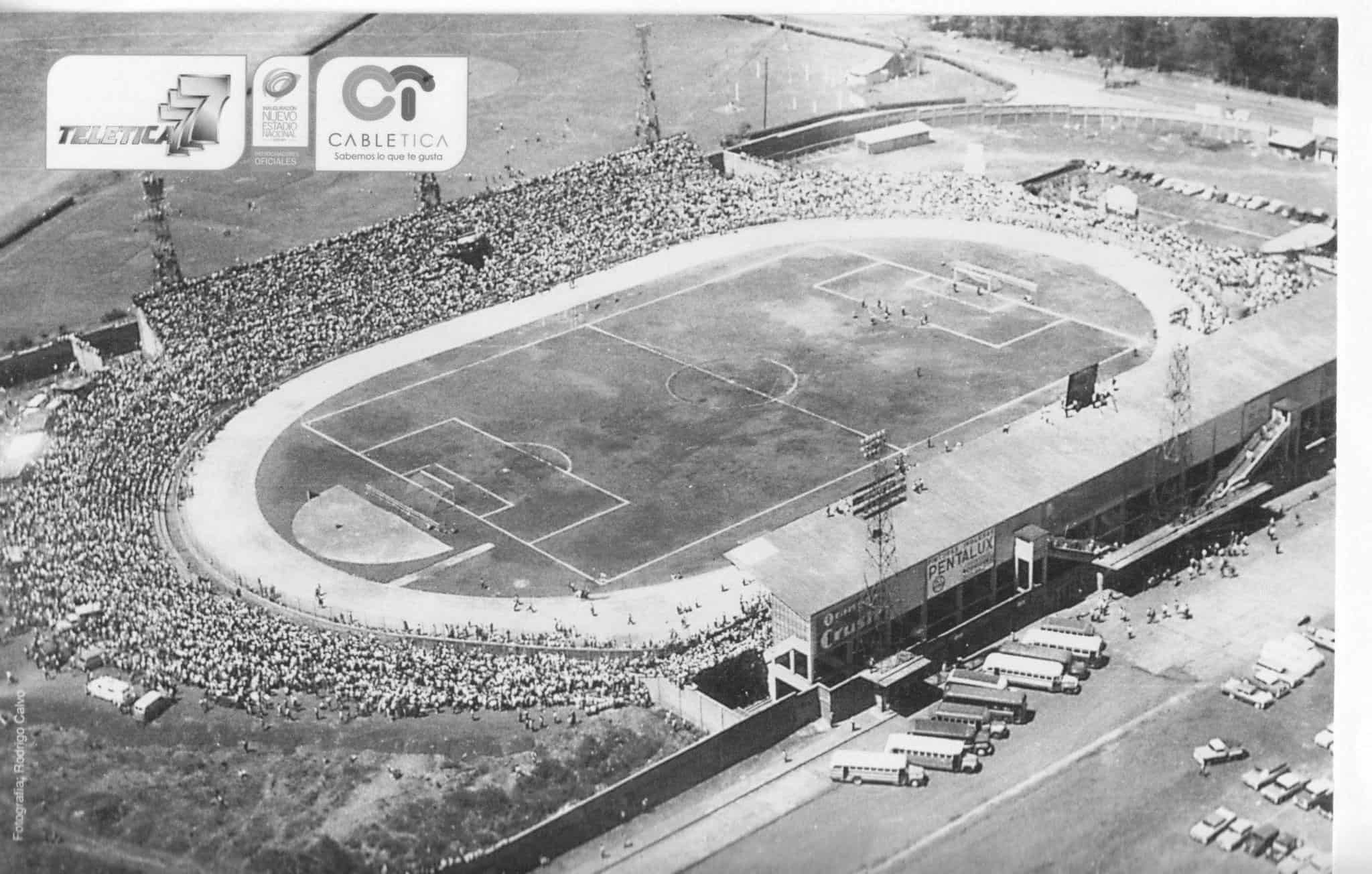 Soccer in Costa Rica has come a long way.

According to the Costa Rican Soccer Federation (Fedefutbol), the beautiful game’s origins here can be traced to the 1870s — perhaps after a Tico, Oscar Pinto Fernández, returned from England with a ball and a new sport to teach his friends.

Soccer’s popularity grew in Costa Rica in the late 1800s and early 1900s thanks in part to English businessmen (and others with ties to the Old World) who worked here. Fedefutbol explains that “football had the support of the Church and the Government, so it had great development and became Costa Ricans’ favorite sport.”

In 1921, a National Football League was organized, and six years later, Costa Rica became a member of FIFA (International Association of Federation Soccer).

Costa Rica’s first National Stadium, completed in 1924, is pictured above.

Located in La Sabana Park, it was expanded several times over the years to a maximum capacity of about 24,000. (Although that figure probably doesn’t account for the fans who would watch from the roof!)

For 84 years, the National Stadium saw some of Costa Rica’s greatest moments in sports, culture and social events. The stadium hosted figures from soccer hero Pelé to Pope John Paul II, and concerts by Luciano Pavarotti, Aerosmith and Bruce Springsteen.

But by the early 2000s, the stadium was showing its age and did not fully follow FIFA standards. It was demolished in 2008 and replaced by Costa Rica’s new National Stadium — a gift from the Chinese government, which accompanied the country severing diplomatic ties with Taiwan.

La Sele’s new home has been a formidable one. At the new National Stadium, Costa Rica’s men’s national team embarrassed the United States 4-0 in a qualifying match and later sealed its spot in the 2018 World Cup.

Costa Rica also hosted the 2014 Under-17 Women’s World Cup and the 2013 Central American Games at the new National Stadium (and managed to set the roof on fire in the process).