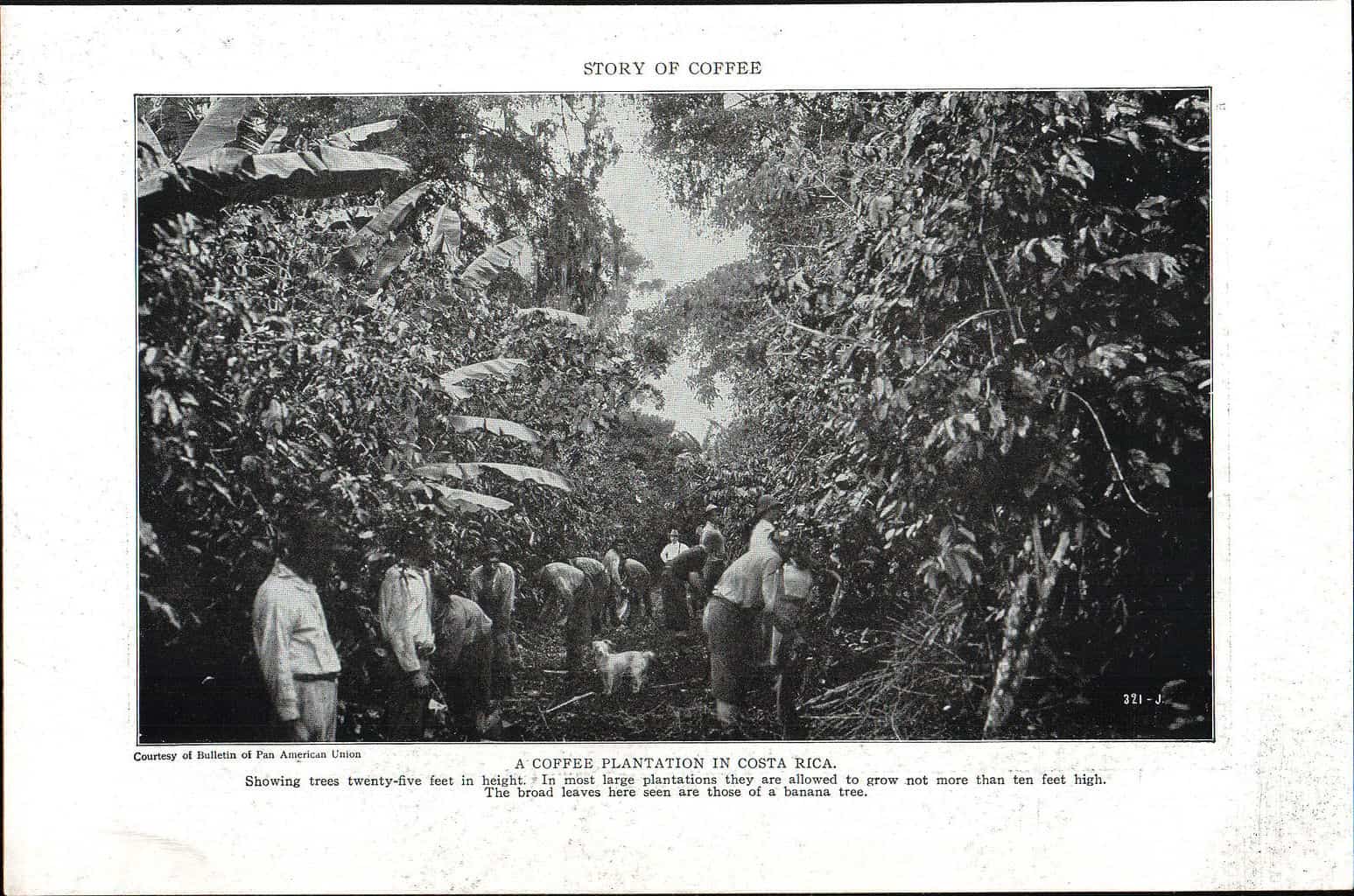 The photo was published as part of a 1914 five-volume encyclopedia called “The New Student’s Reference Work.”

Costa Rica (meaning rich coast), a republic of Central America, reaching from the Atlantic to the Pacific, with Nicaragua on the north and Panama on the south. It has an area of 18,400 square miles. Aside from the few Indians, the people are sprung from the Spanish settlers. The country is rich in gold, silver and copper, but its chief trade is in coffee, bananas and bar-gold, and it has been called the Coffee Republic. Costa Rica was discovered by Columbus, and a settlement was founded, probably in 1502, on his fourth voyage. It became free from Spain in 1821, and has had several constitutions, with a president and congress chosen every four years. It is held to be the best governed republic in Central America, though it is in default in meeting the principal and interest of its public debt. Costa Rica has an army of 1,000 men (infantry and artillery) besides 5,000 militia; though on a war-footing the republic can command about 150,000 militia. The state also has one gunboat and one torpedo-boat. In 1909 the value of its exports was $8,176,257; while its imports amounted to $6,109,938. There are 75 post-offices. The railways extend about 300 miles. The bulk of the trade is with the United States, the latter supplying Costa Rica with bread-stuffs and ironwork. The state-church is Roman Catholic. The capital is San José (population, 26,682). The other chief towns are Cartago, Alajuela, Limon, Pun-tarenas and Heredia. Population, 351,176 and about 3,500 aborigines.

San José is described as such:

San Jose, the capital since 1823 of Costa Rica, stands in a rich plain, 3,711 feet above the sea. There are many squares and two large parks. The notable buildings are the presidential and national palaces and that of justice, the cathedral, the bishop’s palace, the old university buildings, two colleges and the covered market. The chief factory is the government distillery. A railroad joins the capital to Limon, the Atlantic port. Population 29,660.

All five volumes are available for free as part of the public domain; this photo was scanned by Wikimedia user Lars Aronsson in 2005.