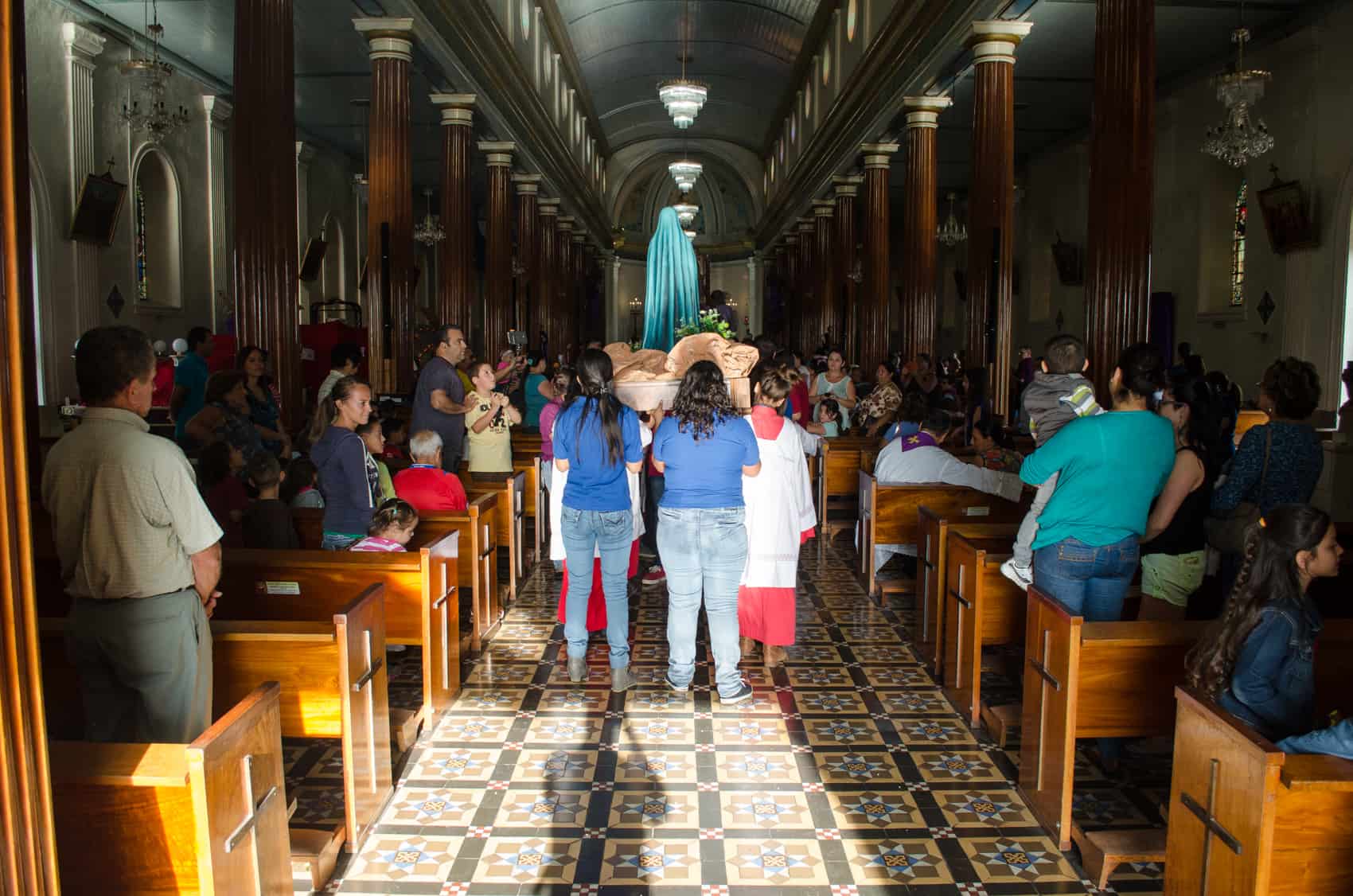 Semana Santa, or Easter Holy Week, is one of the most important events for Costa Rican Catholics, and many centuries of old traditions and beliefs are involved.

To prevent curses, people traditionally stopped all kinds of activities from Holy Wednesday through Good Friday. Women cooked everything for the sacred days in advance and reheated meals, while men collected extra wood for the stoves.

Families would get together and spend days praying, attending special Masses and rituals, and taking part in the obligatory meditation on Jesus’ Passion Friday at 3 p.m., the time when Christ died. Some Catholics still maintain the traditions, though instead of spending the days praying, Ticos watch or rewatch Easter week specials such as “Jesus of Nazareth” or “The 10 Commandments.”

People also had superstitions, the most famous being “Never go swimming on Good Friday because you could turn into a fish.” Or if on that day you climbed a tree, you would run the risk of growing a tail.

Fortune hunters will love this one: They say that at midnight on Good Friday, the higuerón (giant fig) tree blossoms. There will be a cloud over it, where the devil waits for victims. Legend has it that the person who can get the flower without being caught by Satan will win the lottery and be rich forever.

Another superstition is that single men don’t like to carry the Saint John icon on their shoulders during the procession of the holy burial, because they believe they will never get married.

In rural towns in the northwestern Guanacaste province and elsewhere, a cloth effigy of Judas is burned at midnight. Afterward, mischievous people collect anything they find in front of houses (oxcarts, shoes, garden tools, etc.) and put them all in the town soccer field. In some towns, people must pay the church to recover their belongings, and the church donates the money to the poor or uses it for restoration work.

Few Ticos who lived through it will forget the tremendous earthquake the night of April 2, 1983, remembered as El Terremoto del Sábado Santo (Holy Saturday Earthquake). Many took it as a sign from heaven; some communities were holding Mass or burning Judas when the 7.1-magnitude quake shook the country. Since then, people are a little nervous on Holy Saturday.

Don’t miss the processions, especially those held in San Joaquín de Flores and Mercedes Norte in Heredia, northwest of San José, as well as some Cartago towns, east of the capital, which feature live performances of the Passion of Christ on Good Friday. On Holy Saturday, Mass is usually on the solemn side, but afterward churches change to a more lively celebration with music, flowers, coffee and snacks.

Semana Santa may be a time of superstitions and solemn processions, but a good many Ticos take the opportunity to flock to the beach. While coastal destinations will invariably be crowded this week, the capital will be pleasantly free of congestion, and license plate restrictions will be lifted for the entire week.

With a good part of the population traveling during this time, the Transit Police will be out in force on the highways, checking cars and watching for careless or drunken drivers.

Most businesses close on Holy Thursday and Good Friday, and a dry law prohibits the sale of alcohol from midnight Wednesday to midnight Saturday.

This story was first published in 2009.

This story was made possible thanks to The Tico Times 5% Club. If only 5 percent of our readers donated at least $5 a month, we’d have our operating costs covered and could focus on bringing you more original reporting from around Costa Rica. We work hard to keep our reporting independent and groundbreaking, but we can only do it with your help. Join The Tico Times 5% Club and help make stories like this one possible.