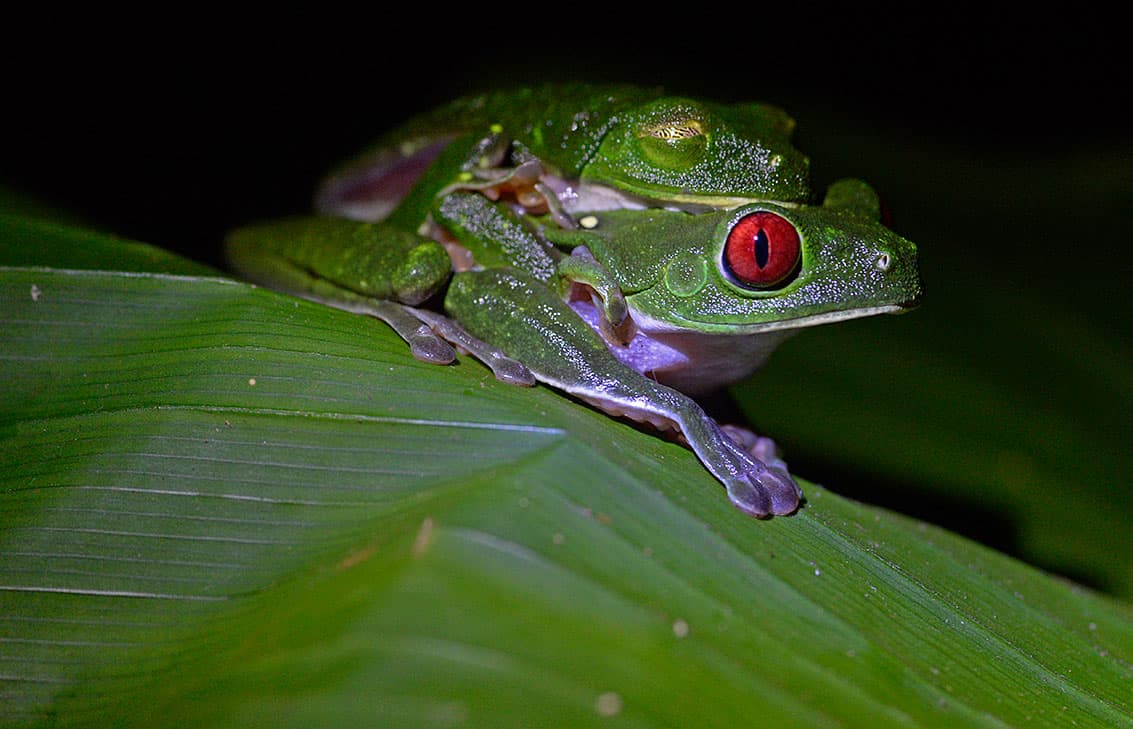 Two tree frogs get it on in Drake Bay on the Osa Peninsula. (Lindsay Fendt/The Tico Times)

The rainy season is upon us. For many of us that means hiding indoors for the next few months, but for Costa Rica’s frog and toad populations this means it’s time to party.

During this time, a hiker in a wet patch of forest can come across dozens, sometimes hundreds of frogs and toads all in one spot. To a casual observer, these frog congregations look relatively tame, but for many species these breeding hooplas can get violent.

The secret lives of leaf-cutting ants

Compelled by various biological triggers and a heavy rainstorm, nearby male frogs will all gather near a pool suitable for breeding and wait for a mate to pass by. The first female to come along is mobbed by hordes of overeager males looking to get lucky. Female frogs are often killed during explosive breeding events, and a recent study showed that in at least one species of frog, the males are able to harvest the eggs from the female after her death.

The competition for females is so fierce that some studies estimate that as few as 5 percent of male frogs breed successfully. To make the cut, males will attempt to pull other mating males off of female frogs, and in some cases two males will even mate with the same female at the same time. The golden toad was one of Costa Rica's famous explosive breeders. (Courtesy of Wikimedia Commons)

The Panamanian golden frog (Atelopus zeteki), which used to turn out by the hundreds during breeding season is now critically endangered. Another explosive breeder, Holdridge’s toad (Incilius holdridgei), was believed extinct due to its failure to turn out for its characteristic breeding sessions, but the toad was re-discovered in 2009.

The country’s most famous explosive breeder is now extinct. Characterized by its shiny, orange skin, the golden toad (Bufo periglenes) breeding season drew a crowd every year in Monteverde. Despite its conspicuous color, the beautiful toad stayed underground for most of the year only appearing after the first big rain of the season for a fornication fiesta.

The toad has not been seen since 1989 after a deadly fungus wiped out the entire known population in a matter of years.