Only in Costa Rica: the zombie wasp that gives alien spiders nightmares 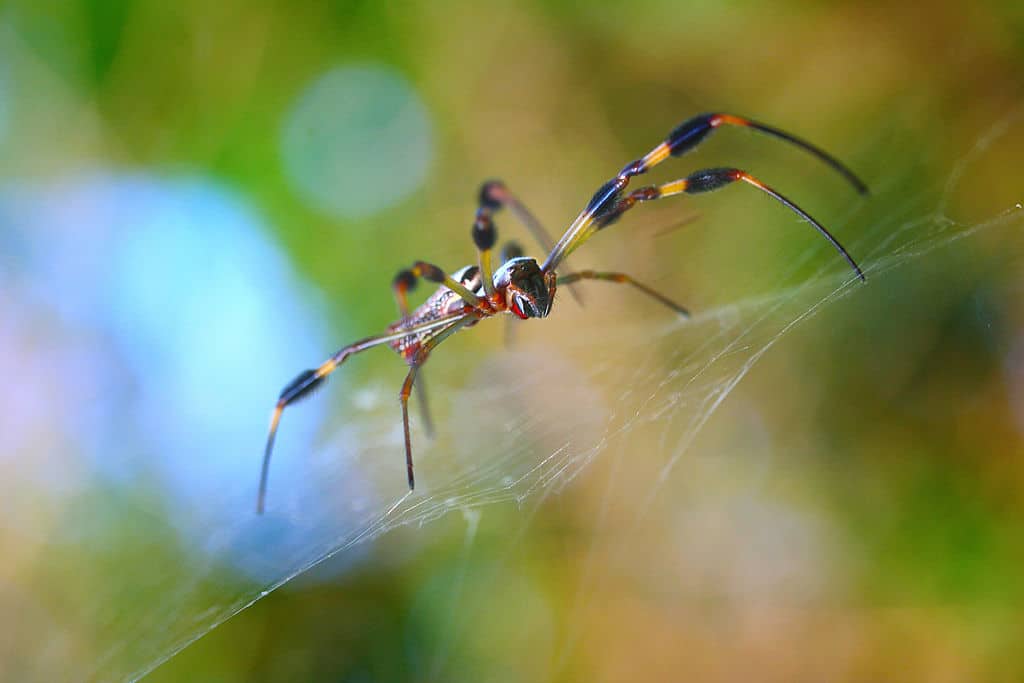 Golden orb weaver spiders are sort of terrifying looking, but the wasp that preys on them is something straight out of a horror film. ((Courtesy of Wikimedia Commons))

Despite being completely non-threatening to humans, the golden orb weaver spider (Plesiometa argyra) has acid-yellow spots and pincer-like legs, and is as broad as a human fist. In other words, it looks otherworldly enough to strike fear into the hearts of even the most seasoned nature buff.

But creeping through the palm forests of Costa Rica’s Central Pacific is another insect that even the eerie-looking spiders have nightmares about. Found only in Costa Rica, the Hymenoepimecis argyra parasite wasp doesn’t just kill orb spiders. It also takes over the spiders’ minds and forces them to do its bidding. Also known as the “zombie wasp,” H. argyra uses a cocktail of mind-altering chemicals and poisons to force the orb spider to serve as a host and first meal for its offspring.

After mating, the mother zombie wasp begins searching for a suitable orb spider host. Once she finds a host, she injects a toxin into her chosen orb spider to paralyze it, then secures one egg to the spider’s abdomen. Once the paralysis wears off, the orb spider carries on normally, unaware that there is an egg on its stomach. The orb spider remains unaware of its fate even after the larva hatches from the egg and pokes holes in its host’s belly to feast on the spider’s hemolymph (the spider-version of blood). The larva stays on its host’s stomach, sucking its blood for several weeks until it is ready to pupate, the next stage in the insect’s development toward adulthood. To do this, the wasp larva needs a stable spot to build a cocoon. Rather than leave its host to build its cocoon, the wasp larva builds it in the spider’s web. But the traditional orb spider web isn’t strong enough to hold up a cocoon, so the baby wasp injects a mysterious unidentified chemical into the spider that forces it to change its weaving habits.

Instead of building the elaborately patterned web characteristic of the species, orb weavers under the spell of the zombie wasp only get through the first several steps of their normal web weaving process, repeating those steps over and over to create a small center platform with four reinforced supports that holding it up. Once the web is done, the zombified spider crawls to the web’s center where it waits patiently while its parasite molts, sucks the spider dry and hurls its carcass out of the web. Using its custom-built cocoon web, the wasp larva spins its cocoon where it will live for several more weeks before emerging as an adult.