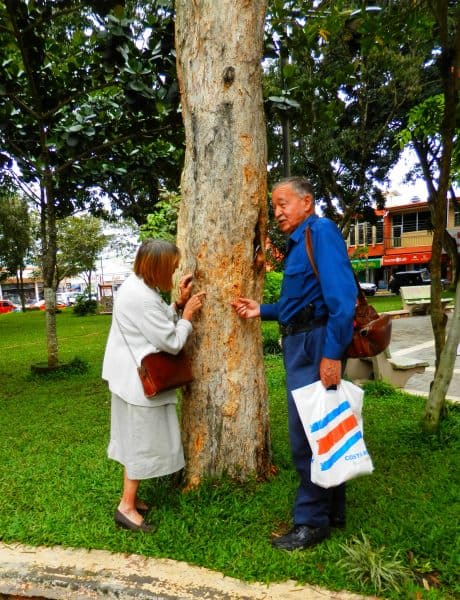 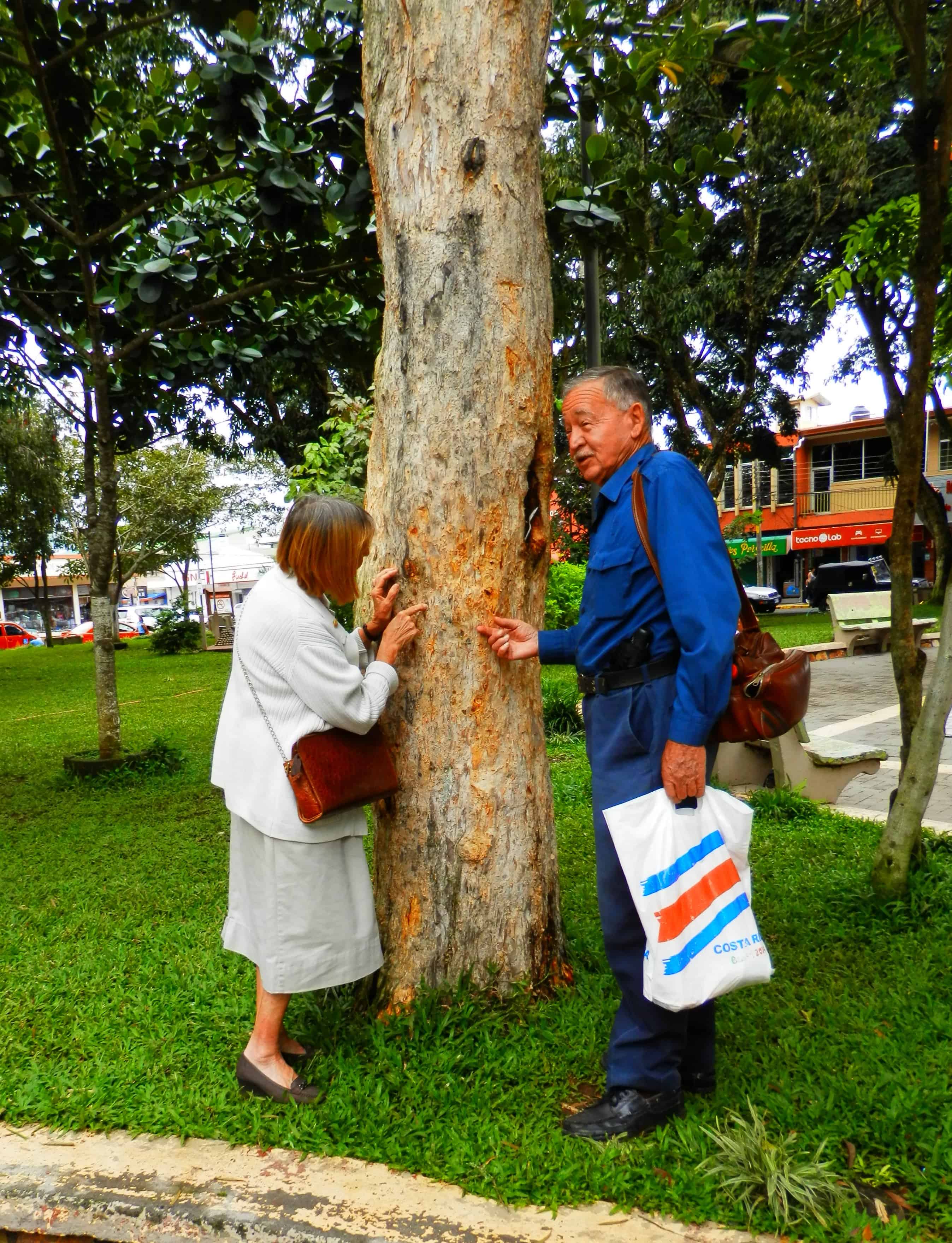 There are haunted houses and haunted caves – but San Ramón has a haunted tree.

It’s not sprouting ghosts or sheltering goblins, but some very strange things have happened to people walking past it in the Central Park of this pleasant town in the province of Alajuela.

Residents have reported getting lost in the park, which is the size of one square city block, or of getting so disoriented that they needed help to leave. Others claim that they felt cold but sweated heavily, or simply felt strange. And it’s an ordinary alcornoque tree, commonly known as a cork tree because of the crumbly texture of its bark, standing right in the center of the park next to the kiosk.

These happenings have been going on since the early 1900s, maybe earlier, although no written accounts exist. Olga Echeverría, a retired history professor whose family has lived in San Ramón for generations, has written about legends and traditions in the area and says that she has heard of many weird experiences with the infamous tree.

“People become disoriented or confused and find that they cannot find their way out of the park. It could be the spirit of the original owner of the land, or it could be a magnetic field,” she says. Her own grandmother got lost and spent hours in the tiny park until someone came and helped her find her way out.

According to Echeverría, a university student walking near the tree became so confused that she felt lost, and another person reported “walking and walking and returning the same place.” The stories could be attributed to a kind of mass hysteria, she says, but many people have reported such effects. The tree has gained a reputation by now, and everyone in San Ramón knows about it.

Another written account of this phenomenon is found in the book “Voices in the Basement,” a collection of scary stories by William D.J. Suárez, a San Ramonense who claims that the stories about this tree are “true” and “proven.” When his grandmother was young back in the 1920s, San Ramón was an outlying community with no electricity or paved roads, surrounded by woods and coffee farms. In other words, it was a breeding ground for spooky stories. During this period, a young woman went out to shop and, crossing the park, became so disoriented that she entered a kind of trance. She wandered around the park for hours trying to find her way out. Finally, she collapsed on a bench and cried until someone noticed her distress and helped her out of the park.

According to Suárez, the cause of all these mysterious events could be witches, trolls or a hex put on the tree by someone.

Meanwhile, schoolchildren have their own ritual involving the tree: they believe that by circling it three times in one direction and three times in the opposite direction your wishes come true. In the spirit of investigative journalism, The Tico Times put the theory to the test, inspecting the tree thoroughly and then walking around it in the recommended manner. The only immediate effect after six circles of the tree was a slight dizziness, but only time will tell.

San Ramón, known as the City of Poets, is also a city of legends and traditions – and, on Halloween and all year round, the home of a haunted and mysterious tree.