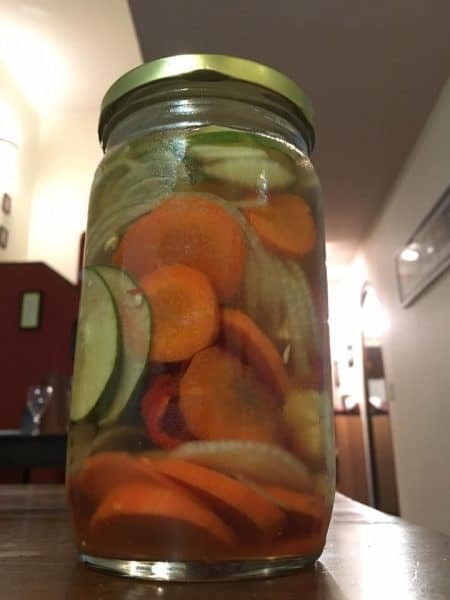 How to make a delicious chilera – and your own banana vinegar 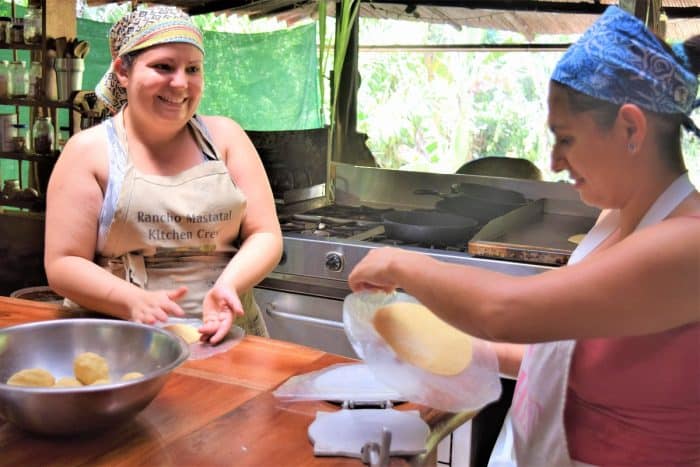 PHOTOS: How to make a real tortilla 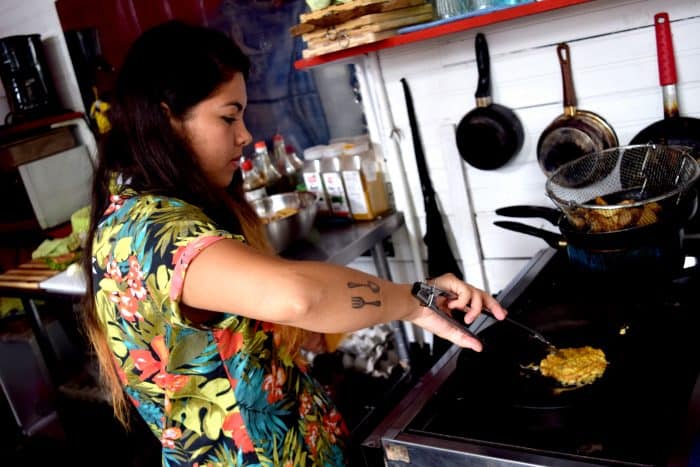 5 questions for a Costa Rican chef

Shrink-wrapped food in grocery stores is what lots of people think about when they shop for dinner. Whether it’s individually butchered cuts of meat, bushels of fruit or ground spices, sometimes the foods we eat the most are those we know the least about.

Even going to farmers markets in Costa Rica doesn’t tell the whole story. Many of the foods and spices bought in markets are still mostly finished products, sometimes far removed from how they look hanging from a tree or coming out of the ground.

Here are six tropical foods and spices that grow in Costa Rica that you definitely know but probably have never seen au naturel. Be it a chocolate candy bar or a tin of cocoa, few things travel farther from from their natural state than a cacao pod. The yellow or rusty-colored pods hanging off low trees in clumps look more like alien eggs sacks than the raw ingredient for many people’s favorite sugar fix.

Farmers crack open the pods to get at the white, flesh-covered seeds inside. After a fermentation process, the beans are dried and lightly roasted. The roasted beans are broken up and the hulls separated from the nibs. At this point the nibs can be eaten as is, as a complex, slightly bitter snack. But before it becomes a chocolate bar, the nibs are crushed into a paste called chocolate liquor and conched with sugar to produce a mix of cocoa butter and cocoa solids that chocolatiers eventually place into molds.

Costa Rica used to be a major producer of cacao but a blight wiped out much of the industry in the 1970s. Today a nascent gourmet cacao industry is starting to get off the ground again, hoping to make cacao as synonymous with Costa Rica as coffee. After the seed is harvested, it’s toasted to open the outer shell to reveal the “nut.” If the shell opens easily without being toasted first, it’s a sign of poor quality. The cashew nuts can be eaten raw or lightly toasted (and tossed in melted butter with crushed red pepper, brown sugar, a touch of salt and rosemary for my own personal favorite preparation).

The cashew “apple” isn’t as well known as the nut — sorry, seed — that shows up in grocery shelves around the world but it, too, is edible. Fruit stands off major highways and carts on the streets of San José occasionally sell the marañón fruit and toasted nuts in long plastic bags.

The sweet fruit has a weak skin though and doesn’t travel well. The apple is soft and juicy with a sweet but astringent taste. Eat too much of it, though, and it’ll leave you with a case of cotton mouth.

Whoever had the idea to look past the oblong, brightly-colored cashew apple and saw that the weird greenish-brown nub growing out of it was the real delicacy deserves a gold star. Anyone who spends time at the beach or even in downtown San José on a hot day knows the miracle properties of pipa when it comes to quenching your thirst. But that pipa is actually the same drupe — again, not a nut, who knew! — as the classic small hairy brown three-eyed coconuts that most people think of.

Green pipas are immature coconuts that still have their outer husk attached. Besides the sweet water inside a pipa, the white flesh of a mature coconut can be used for coconut oil, coconut milk and shaved, toasted for the sweet bits on coconut cream pies. Coconut palms can also be harvested when they’re very young for the salad staple, hearts of palm, also known as palmito.

So the next time you’re at the beach you’ll know not to expect a bunch of brown bowling balls up in a palm tree. Just don’t sit under them.

Vanilla is anything but “vanilla.” Think twice the next time you brush over vanilla ice cream because vanilla — real vanilla — is one of the most expensive spices out there. And to class up this under-appreciated spice even more, it comes from an orchid!

Vanilla pods are the seeds of the flat-leaf vanilla orchid that grows in tropical zones, including Costa Rica. The flower is originally from Mexico but grows across Latin America’s tropical zones, Madagascar and the Pacific. Vanilla orchids are self-pollinating but they’re very fickle. If the flower is not pollinated within a day of opening it falls off, ruining the chance for the bean to form. That means vanilla on any commercial scale must be pollinated by hand as soon as the flowers open. Once you wrestle these out of the ground, they're yuca-licious. Ed Bernhardt/The Tico Times

Whether it’s the tiny caviar-like pearls in your grandmother’s tapioca pudding or the larger frog-egg variety at the bottom of a cup of boba tea, tapioca comes from cassava root. Tapioca is a starch extracted from the cassava root — which enjoys its own fame as a fried snack on Tico bar menus or mashed up to make enyucados or pastel de yuca — that’s a common dessert ingredient. But there’s a touch of danger when it comes to tapioca, or the cassava where it comes from at least. If cassava root isn’t cooked properly before eating, it can deliver a deadly dose of cyanide. A pineapple in a field in Limón. Photo for illustrative purposes. Ronald Reyes/The Tico Times

Don’t let the “apple” part fool you, this spiny fruit does not grow in trees. Pineapples are actually the fruit of a bromeliad, a plant better known for hanging off trees in the jungle than for sweet, acidic fruit. Costa Rica is one of the world’s biggest producer of pineapples for export.

Harvesting pineapple is back-breaking work. Workers need to trudge through hot fields with no shade and brave the pineapple’s sharp leaves to harvest the golden fruit.

The name for pineapples in Spanish — piña — is also used for the fruit of the agave plant that is fermented to make tequila and mezcal, depending what part of Mexico you’re in.